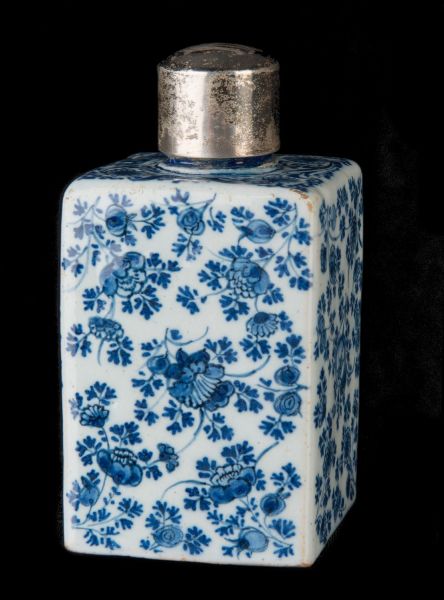 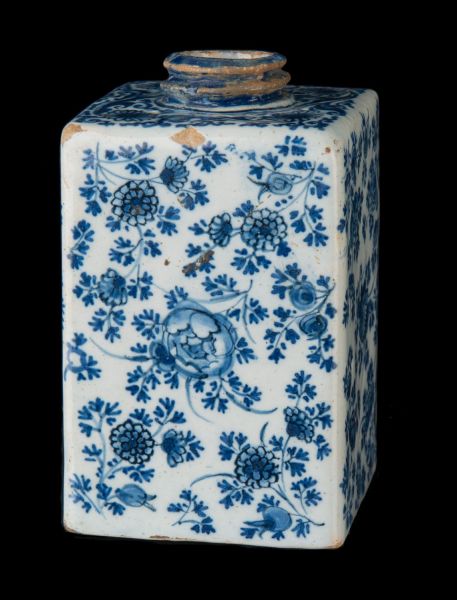 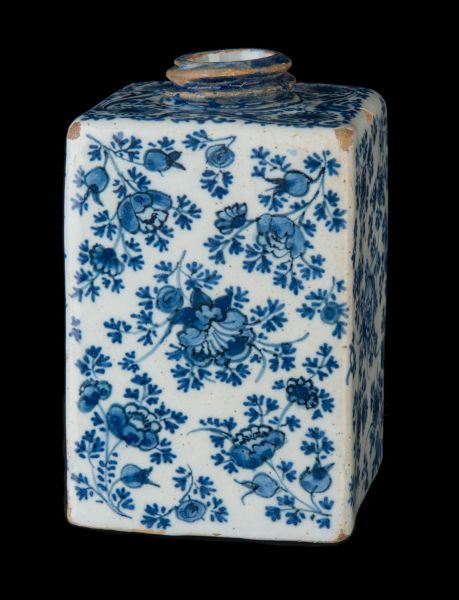 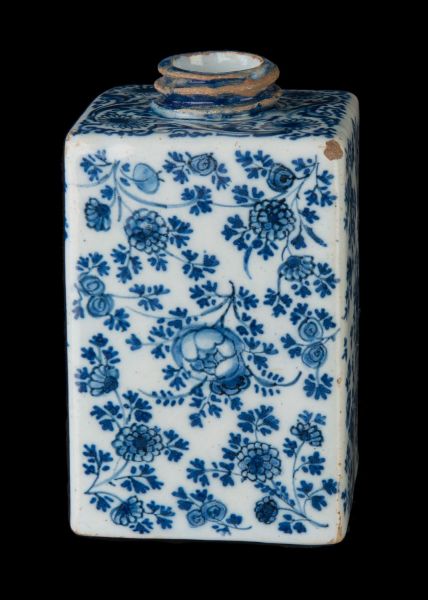 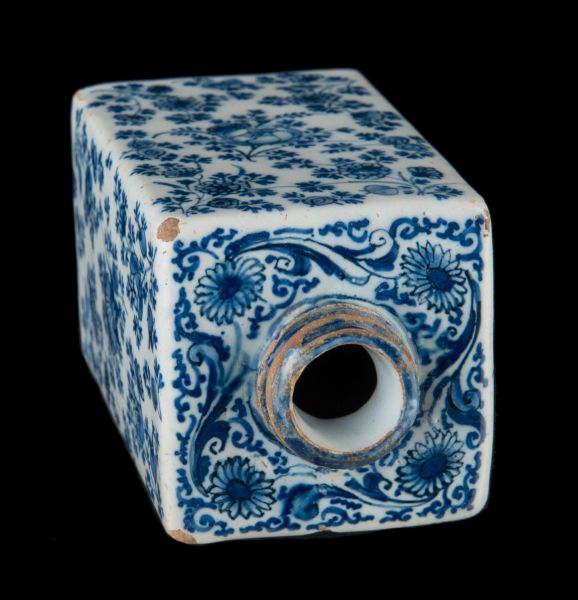 The rectangular tea canister is painted in blue on all four sides with floral motifs, the so-called parsley décor. The upper side is also executed in blue and consists of flowers, foliate and scrolls around a short, threaded neck. The tea canister has an eighteenth century English silver cover.

Similar examples
An almost identical tea canister, marked LVE, was sold in 2004 at Christie’s Amsterdam (p. 13, lot 49). A tea canister marked LVE and DW was in the collection of Stodel antiques in 1981 (Hoekstra-Klein, p. 39). That example was painted with similar floral motifs and chinoiserie decorations.