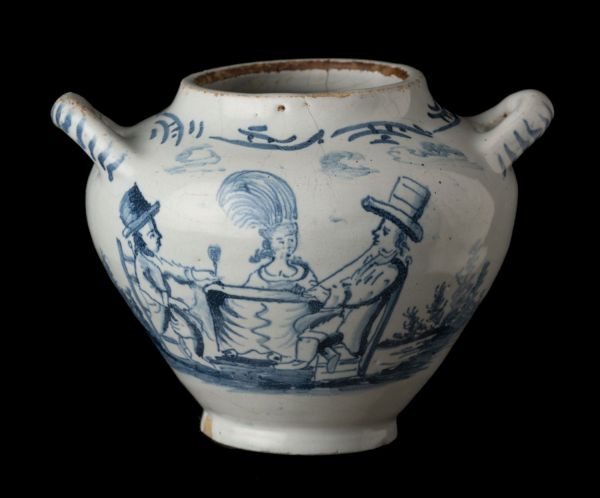 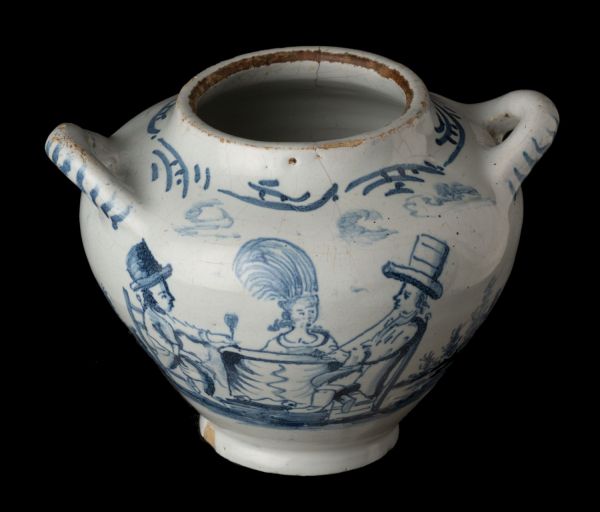 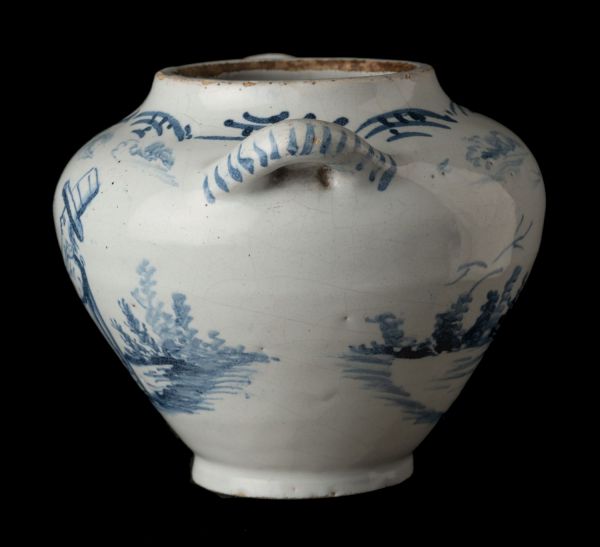 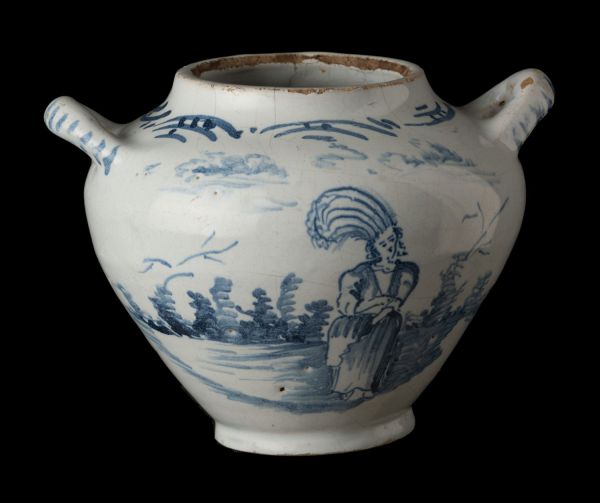 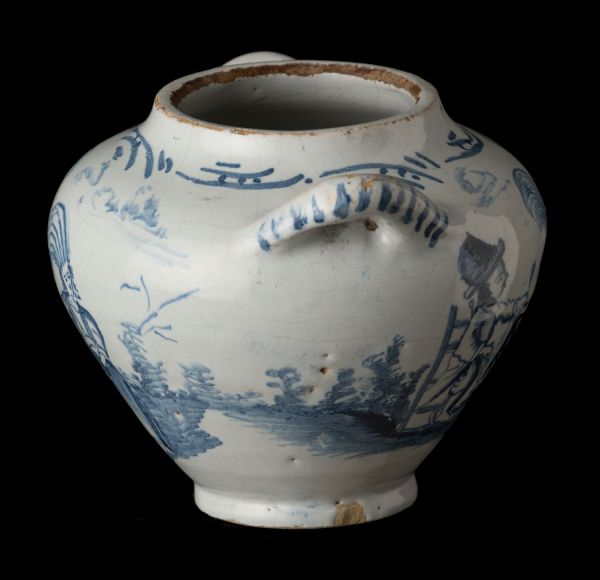 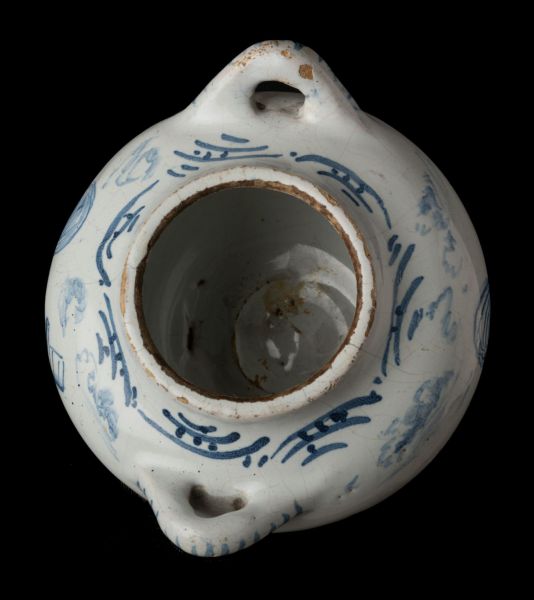 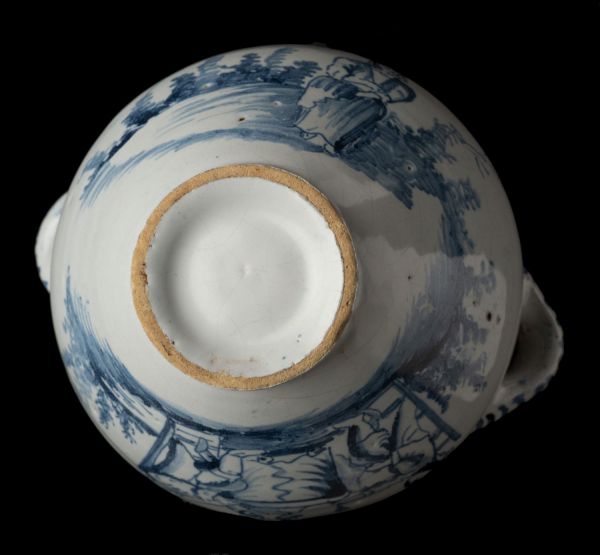 The jar stands on a short-waisted foot and has a conical body with a rounded shoulder with a short neck. Two horizontal handles are modelled on the shoulder. The sugar jar is painted in blue with two scenes in the open air. One consists of a company of two men and a woman at a table. The man on the left is holding a glass of wine, the man on the right is smoking a pipe. The other scene shows a woman alone, standing in a landscape.

A band with ornaments is applied along the upper rim, the handles are striped.

Explanatory note
No other examples of this sugar jar are known. The conical shape is probably derived from large lead-glazed pottery specimens that served as an ash jar by the fireplace. At the end of the day, the still glowing embers were swept together and put in the ash jar to minimize the risk of fire. The woman's remarkably high headdress consists of feathers, the image is probably based on a print sample.

Adam Sijbel was first painter of the Kingma pottery and executed the most important plates, plaques and other pieces. He also painted tile pictures and the more expensive tiles like fine landscapes and biblical tiles with scriptural references. His style of painting can be recognized in the sketchy  representation of the clouds, the figures, shrubbery and the ornamentation on the shoulder. Before Sijbel moved to Makkum in 1784, when the Kingma family pottery was established, he was working for about twenty years in the Old Prince tile factory in the Anjeliersstraat in Amsterdam. The ten year contract he signed to work in the pottery in Makkum has been preserved (Pluis, Ten Hoeve, Tichelaar, p. 209, supplement I).

The debtor books of the Kingma pottery have been preserved in which the numbers of delivered tiles, tile pictures, dishes and other objects are listed (Pluis, Ten Hoeve, Tichelaar, pp. 47-53, see also appendices I-IV, pp. 209-215). Several pots and jars are listed such as 'pegelpots' [It is unknown what kind of pot this is].  In total there are only four sugar jars mentioned. The earliest from 1784 is also the most expensive and was sold for one guilder to the widow Kingma in Makkum, the owner of the pottery. In 1790, two sugar jars were sold for 0.25 cents each to Gerke Dirks from Makkum, a pottery dealer who regularly bought from the factory. Four years later, the last sugar jar was delivered for 0.40 cent to the Workumer resident Johannes Plantenga. These entries show that there were three different types of sugar jars.