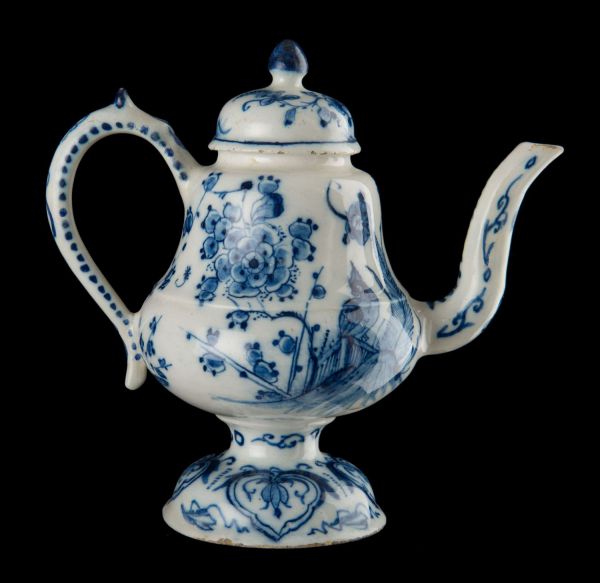 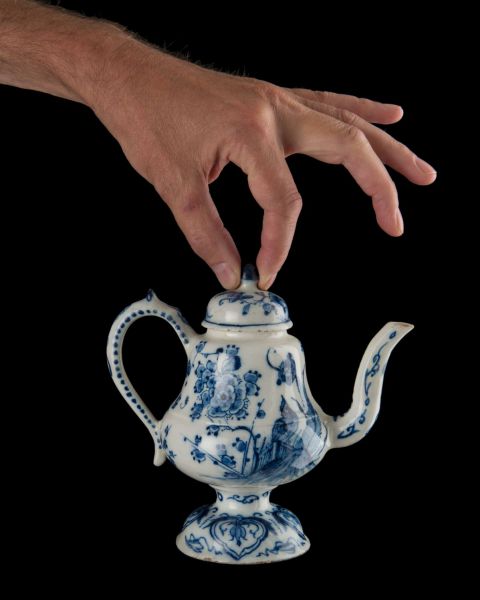 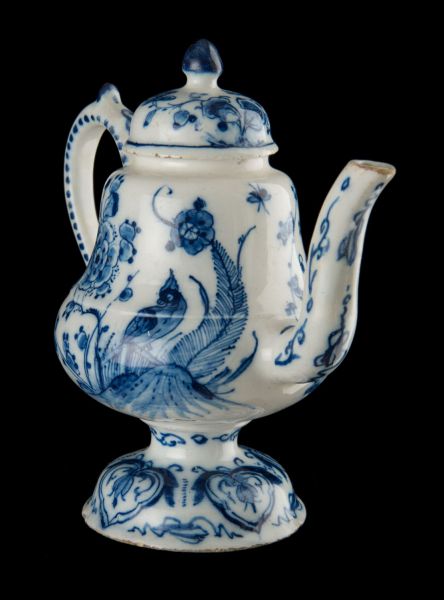 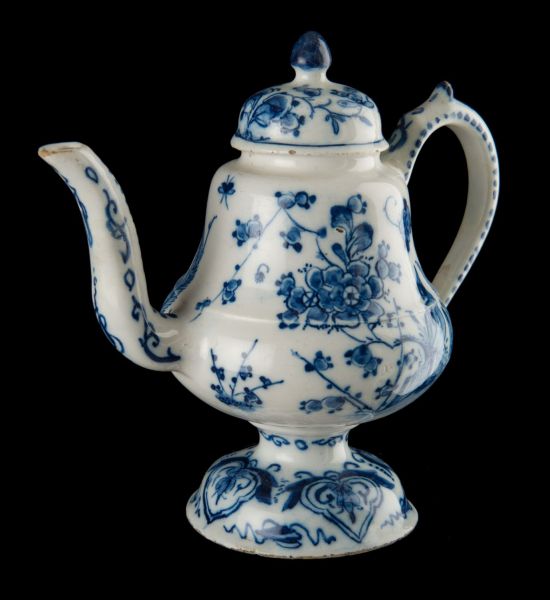 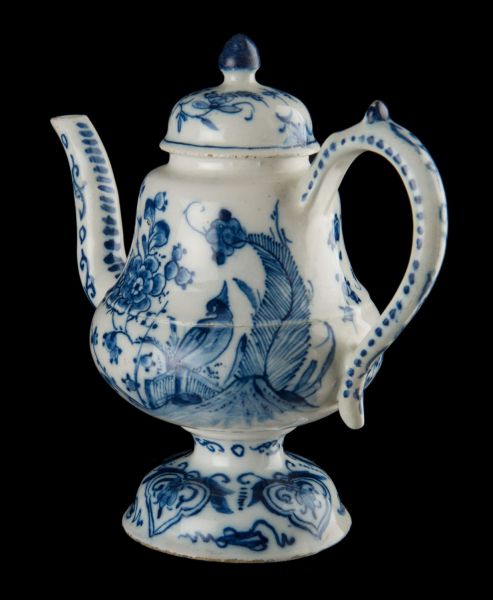 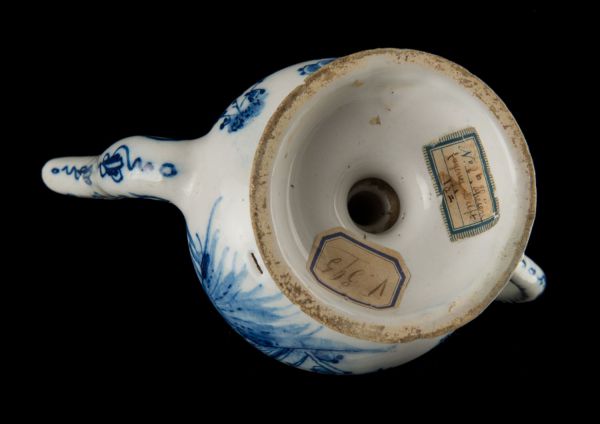 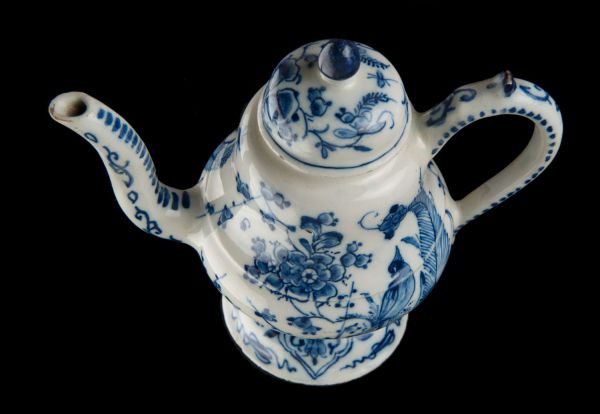 The pear-shaped ewer with ear-shaped handle and upward S-shaped spout stands on a waisted foot.It is painted in blue with two oriental like landscapes with flowers, plants and a bird on a fence. The cover is fixed to the body and is not detachable. It is painted with a floral branch, the knob is executed in blue. The foot is decorated with heart-shaped cartouches, each filled with a flower, alternated with an oriental motif. Small ornaments are painted on the waisted part of the foot and repeated on the handle and the spout. To fill this special ewer, the beverage needs to be poured in throught the foot. Therefore an opening was created with a molded tube inside reaching as far as the cover. The construction of the tube prevents the beverage spilling out after turning the ewer around (see movie clip). It has a capacity of 250 ml and can be poured in the usual way.

Similar Examples
A different modelled ewer with a blue and white chinoiserie decor from 1700-1730 is in the collection of the Prinsenhof Museum in Delft (inventory number PDA 63). An second example from 1720-1730, again modelled in a different shape, was sold in 2006 at Sotheby’s (p. 74, lot 71).

Explanatory note
Two other examples of this type ewer with the aperture in the foot are known. Some are also known in Chinese porcelain from the middle of the seventeenth century, of which there is one in the Princessehof Ceramics Museum in Leeuwarden, The Netherlands (Butler, p. 75). It is a peach-shaped ewer on a low-waisted foot with the aperture in the foot. The Delft examples are based on these Chinese ewers. The ewer has a lot in common with eighteenth century Delftware puzzle jugs which were used during drinking games at social gatherings like weddings or parties. This ewer may have been used for similar purposes.