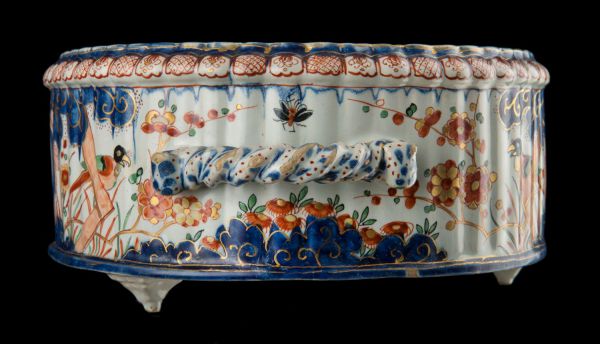 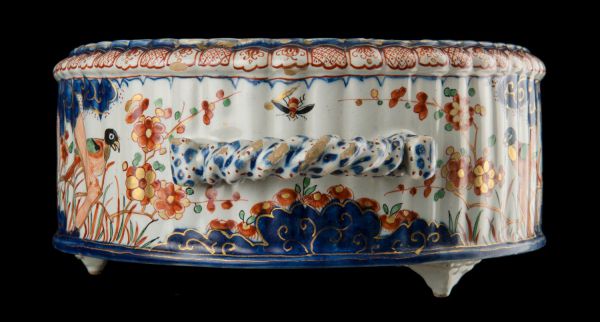 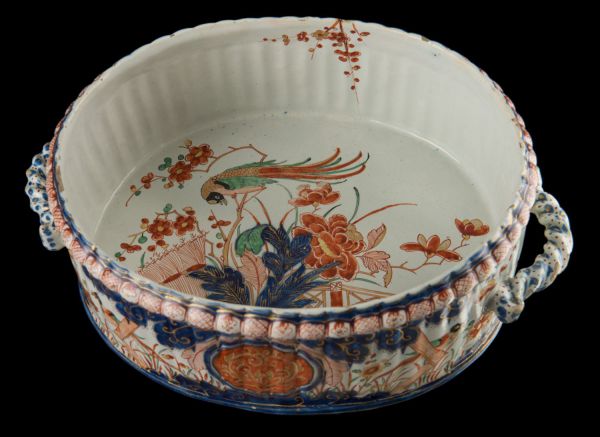 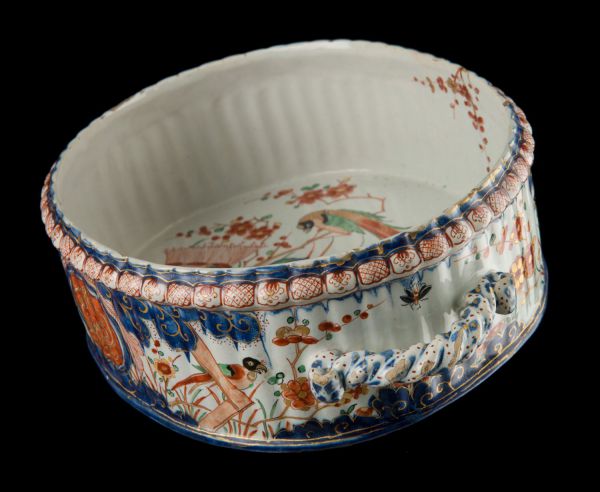 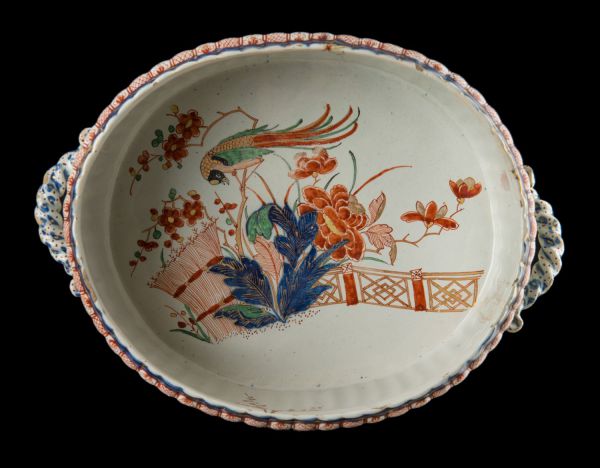 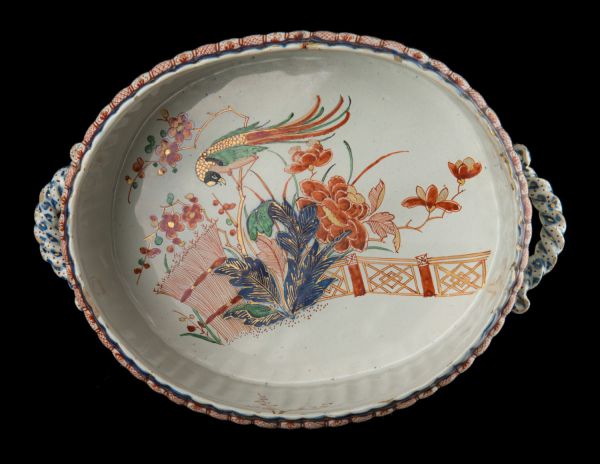 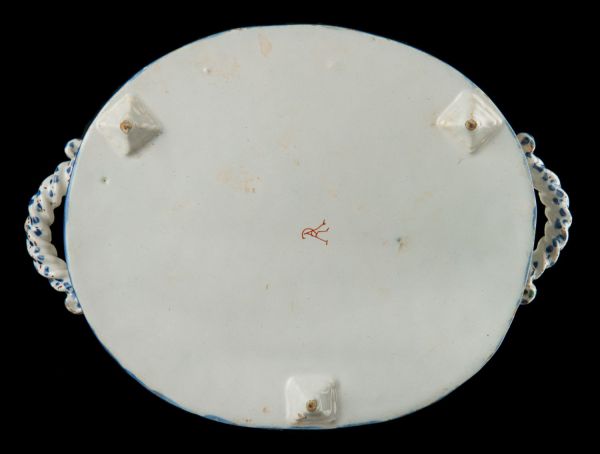 This oval ribbed cooler stands on three pyramid-shaped feet and is painted in a six-coloured Imari palette. The exterior is decorated with two round medallions filled with gilded floral motifs on an iron-red ground. Gilded blue leafy motifs are applied to the upper side of the medallions, gilded blue rocky motifs to the underside. On either side rocks, prunus, vegetation, birds and insects are depicted. The embossed upper rim is alternately decorated with trellis diaper and small red flowers.The two twisted horizontal handles are dotted in blue, red and gold. The interior is painted with an Oriental garden landscape depicting a phoenix on a prunus branch, flowers, plants and two fences. Two flowering prunus branches are painted on the inner side.

Explanatory note
In 1713 Adriaan or Ary van Rijsselbergh (1689?-1735), together with three others, was employed as a gold painter by the widow Johanna Kocx - Van der Heul, owner of The Greek A pottery in Delft (Eliëns, p. 69). A gold painter was a specialist in painting petit feu decors in the Japanese Imari and Kakiemon styles. There was a huge demand for these porcelain types which were copied on a large scale in Europe. In the Dutch republic The Greek A was the most prominent manufacturer of Imari and Kakiemon decors. The pottery excelled in this production, not least thanks to the input of the hired gold painters.
The contract that Van Rijsselbergh signed with the widow in 1713, remained valid as long as Johanna van der Heul remained owner of The Greek A pottery. She sold the pottery in 1722 to Jacob van der Kool. Whether this contract was terminated or extended, is not known. Perhaps the success of this gold-painted pottery encouraged Van Rijsselbergh to paint on his own account, or he was allowed to work partly for himself. His estate inventory, drawn up in 1735, shows that he possessed in his basement, besides Delftware, large quantities of the same kind of Asian porcelain (Eliëns, p. 133 and 136). It is very likely that he had a petit feu kiln at home in which he fired pieces he had painted.