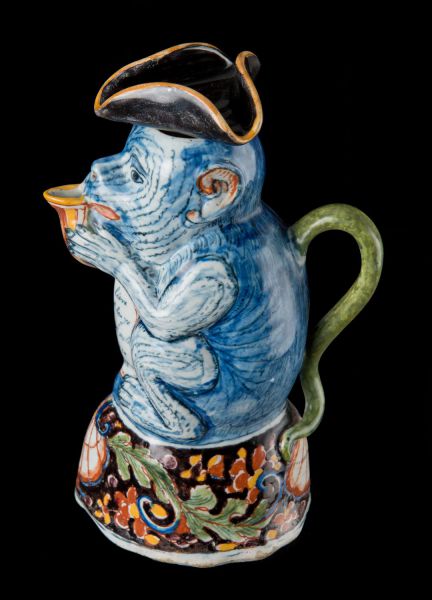 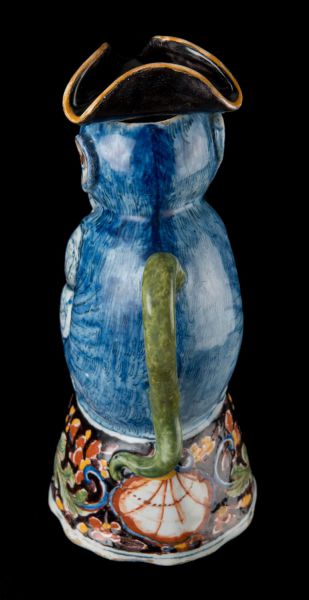 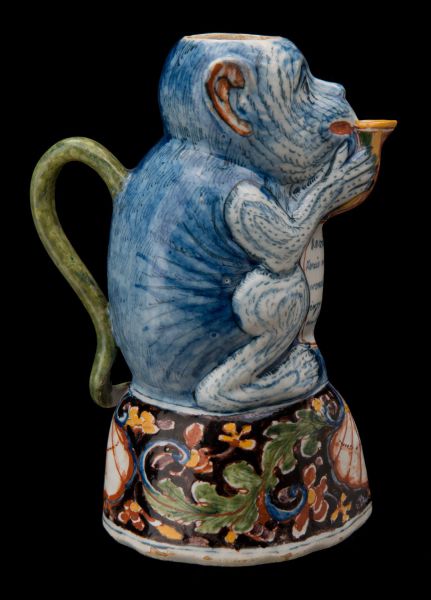 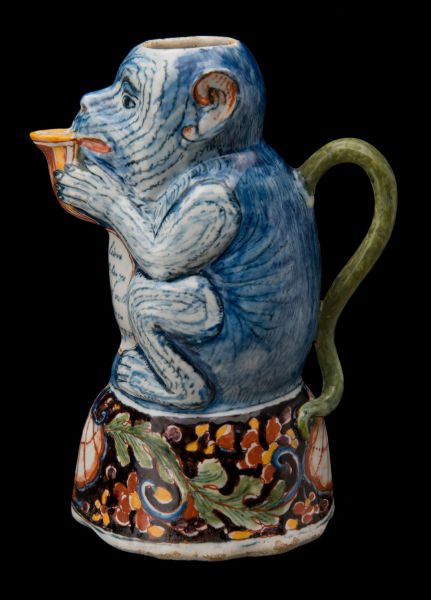 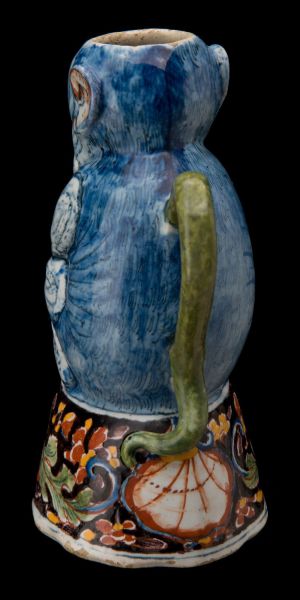 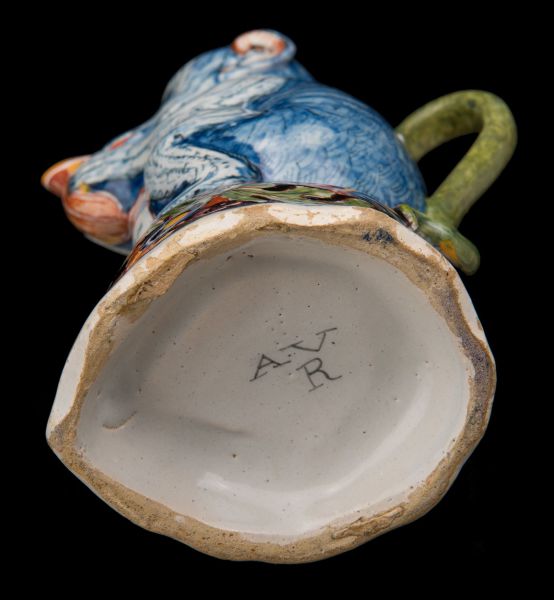 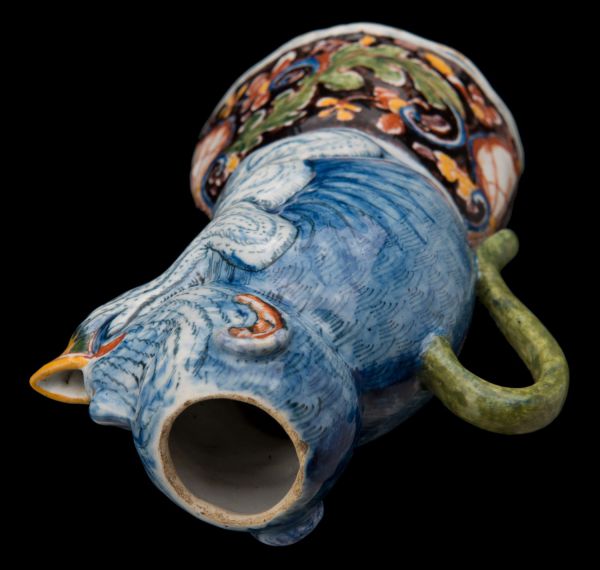 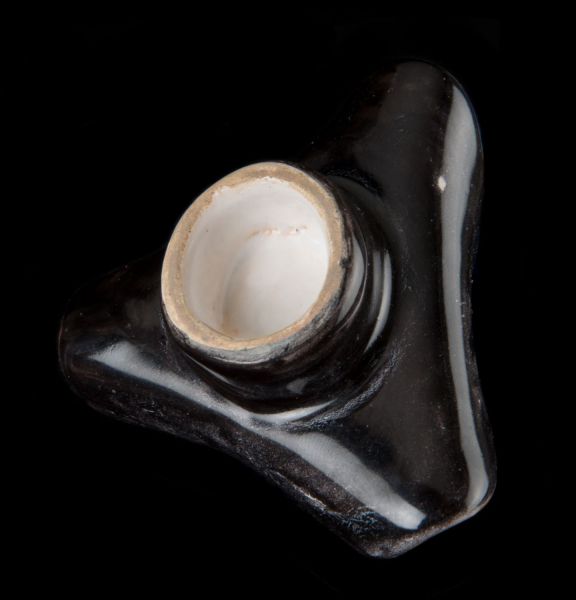 The milk jug has the shape of a drinking monkey sitting on a base. The hands and drinking cup form the spout and a tail-shaped handle is fixed to the back. The separate hat is a modern copy of an original delftware example. The base is painted in polychrome with flowers, foliate and shells on a dark purple-brown ground. The monkey is mainly executed in blue, only the mouth and ears are highlighted in red. The cup is painted in yellow and red, the handle in green. A rhyme is written on the animal’s belly:

In translation:
Kezie (child’s name) dear Kezie
you are so very sweet
milk in your tummy
and a feather in your hat

Similar examples
A monkey-shaped milk jug in the Rijksmuseum (inventory number BK-NM-12400-244) has the same AVR mark. The shape is almost identical, only the handle and the base are different. In both jugs the monkey’s body is painted with lines in short strokes, clearly intended to resemble its fur. Because of the close resemblance the signature may possibly be that of the painter rather than a pottery’s mark.

However, the marks on other milk jugs are pottery marks. Two AP-marked ones from The Two Little Ships pottery owned by Antonij Pennis were in 1990 in the collection of Aronson. Two others with IP marks from The Porcelain Dish pottery are known: one in the Gemeentemuseum Den Haag (Eliëns 2001, p. 120), and the other in the Rijksmuseum Twente (Lunsingh Scheurleer, p. 60, no. 180). IP stands for Jan Pennis, the owner of the company between 1724 and 1764. Another with the claw mark of the Porcelain Claw pottery is depicted in Aronson. (2010 catalog, p. 36-37, no. 16).

Explanatory note
Milk jugs in the form of a sitting monkey on a (rock-like) base enjoyed great popularity between circa 1750 and 1780, as can be concluded from the many surviving items. Their popularity was probably the result of their actual use during meals, as they were intended to encourage children to drink milk. The monkey shape fired the imagination and formed a good distraction for children. Funny rhymes and texts appear on a large number of these jugs, almost always referring to a certain Kees or Keesie (a boy’s name) or similar variant. These type of jugs may in general be referred to as Kees or Keesie jugs.

All but one of the monkey-shaped jugs were made in Delft. A 1757 dated example by the Tichelaar pottery in Makkum (Friesland province) is a fairly accurate copy of a Delft model from the same year (Van den Akker, pp. 303-304). The Frisian jug was painted by Gatse Sytses, the first painter of the company, and possibly served as a replacement for a broken Delft one.