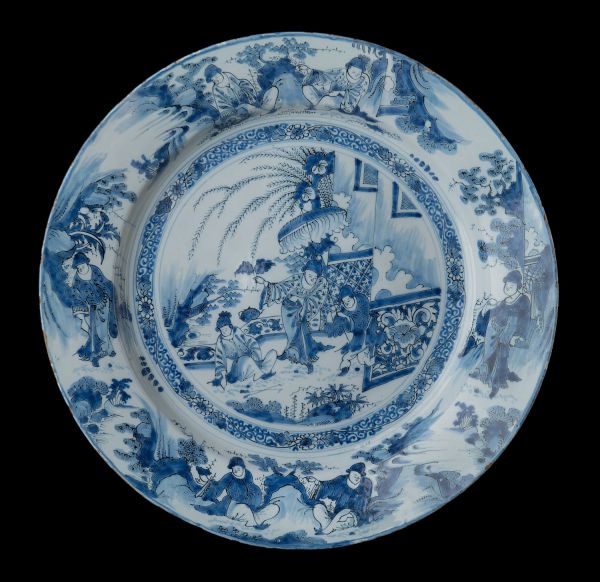 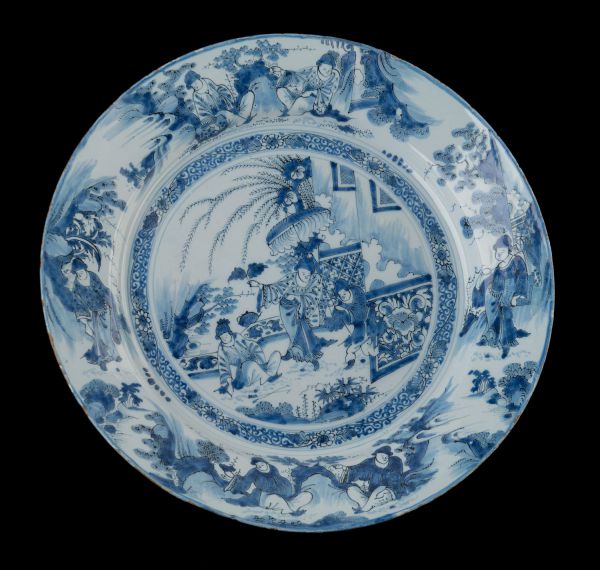 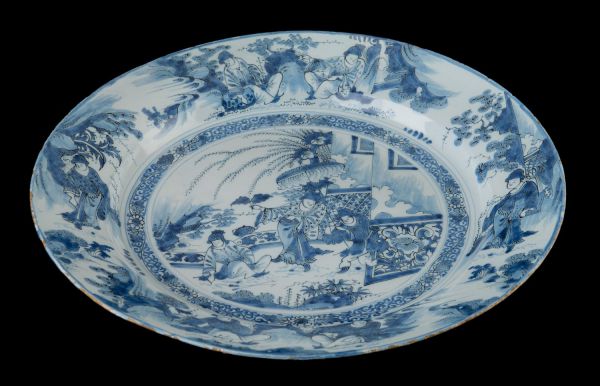 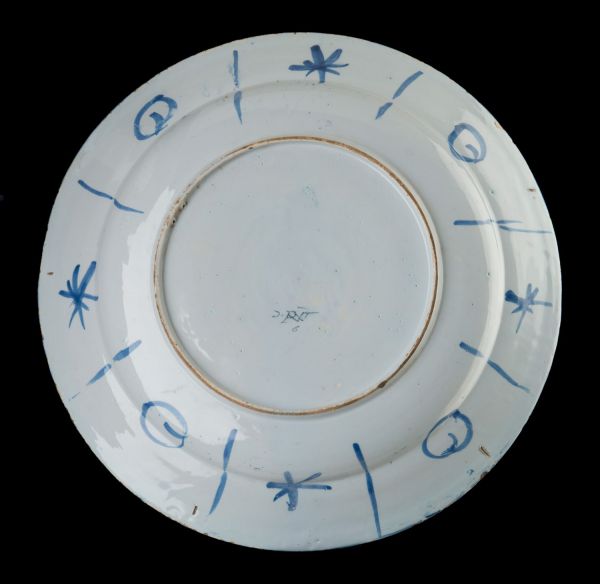 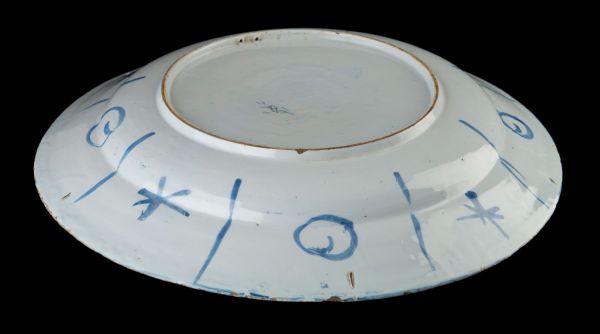 Blue and white dish with three Chinese figures in a garden

Dish with a wide-spreading flange, painted in blue with three Chinese men on a terrace in an oriental garden. The image is framed within a band of scrolls, flowers and leaves between two double lines. The flange is painted with four linked landscapes with Chinese figures. A little cobalt oxide has been added to the tin glaze, giving it a light blue hue.

Similar examples
An identical example of the same size is shown in Aronson 2010, pp. 66-67.

Explanatory note
The decor on Delftware of Chinese figures in a garden or landscape derives from Chinese porcelain. Although landscape decors have been painted on Chinese porcelain since the fifteenth century, it is mainly porcelain from the transitional period (1620-1680) that served as an example for the Delftware potteries. This is especially true for the period of the last Ming emperor Chongzhen (1628-1644) and the second Qing emperor Kangxi (1662-1722). The Dutch East India company (VOC) imported porcelain from these dynasties on a large scale into The Netherlands. The porcelain of the first Qing emperor Shunzhi (1644-1662) was probably imported on a limited scale, partly also as private trade that the VOC turned a blind eye to. These Chinese examples inspired the Delftware potteries to make beautiful, finely painted chinoiserie decors, either exact copies or free interpretations of their own. They were subsequently sold throughout a large part of Europe and served as an example for other production centers abroad, such as Rouen in France. This large dish is a striking and rare example.