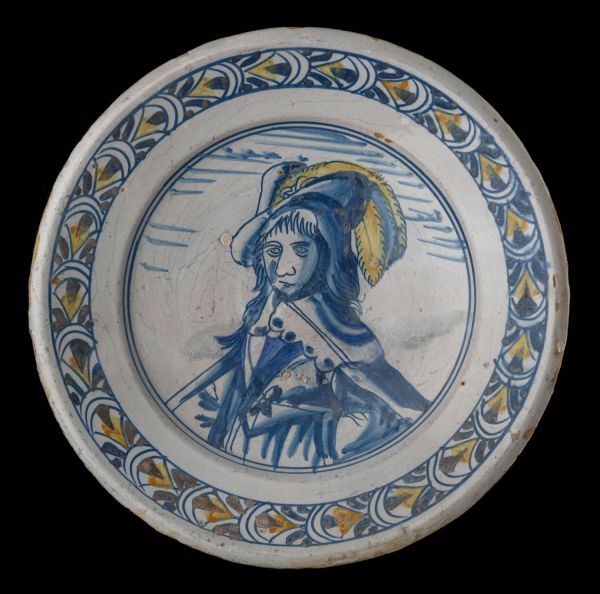 Dish with portrait of prince William II of Orange

The majolica charger has a wide-spreading flange and is mainly painted in blue with some yellow accents. The centre is painted with a portrait of prince William II of Orange (1626-1650) after an engraving from 1643 by Jonas Suyderhoef, a Haarlem based engraver. The design of the engraving was made by Pieter Soutman (1593/1601-1657) after an oil painting of the twelve or thirteen year old prince from 1638/39 by Gerard van Honthorst (1592-1656). The ornamental border seems to be a stylized version of an Italian-style agraitte border.