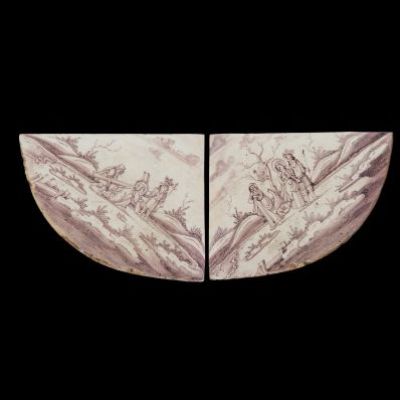 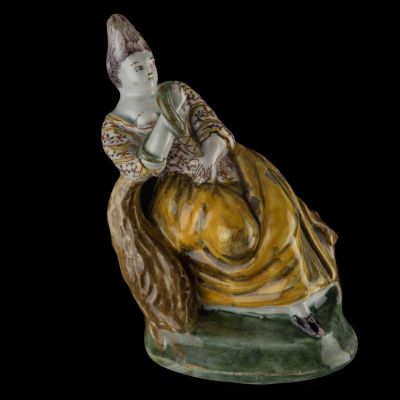 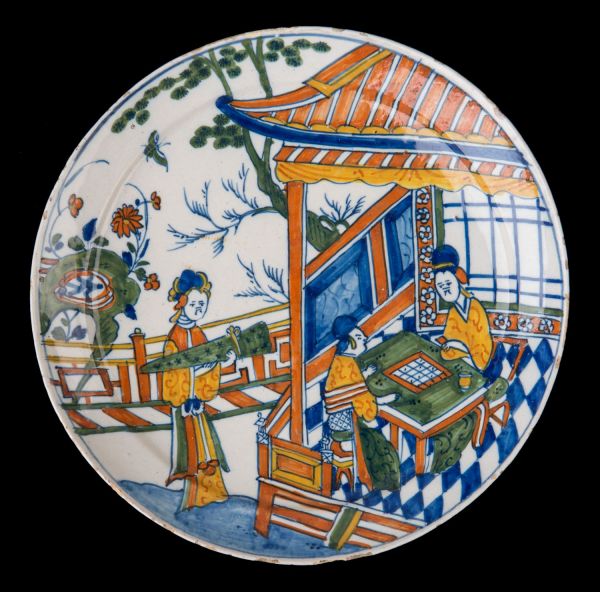 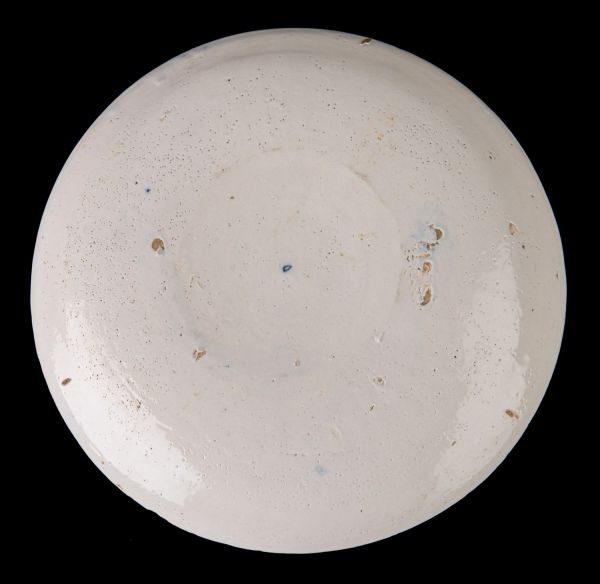 The plate has a small flange and is painted in polychrome with a Chinese terrace scene. Two women are sitting in a pavilion playing weiqi at a table, in the West better known as go. To the left a standing woman carries a guzheng, a Chinese zither, in its cover. The decoration is a pretty accurate imitation of a Chinese porcelain famille verte dish from the Kangxi-period which was modelled after a woodcut, presumably from the still popular xixiangji, ‘The romance of the western wing’. The plate has no foot-rim. Such plates are called pannekoekjes in Dutch, which means pancakes.