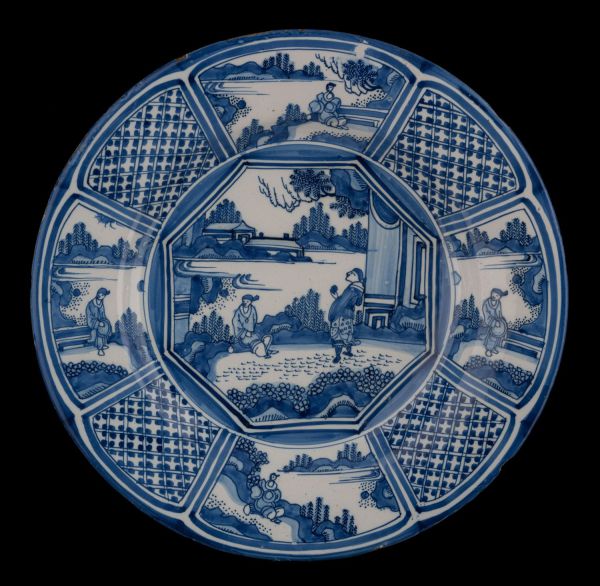 The blue and white dish has a wide, flat flange and is painted in the centre with two Chinese figures on a terrace in an oriental garden landscape. Two pavilions are visible in the background. The scene is framed in an octagon. The well and border are divided into four wide and four narrow panels. The wide panels feature oriental landscapes with a Chinese figure. The smaller panels are decorated with trellis work. The outer rim is blue.