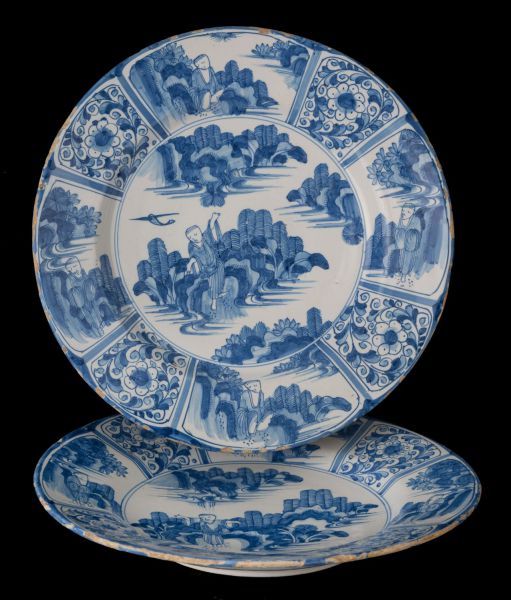 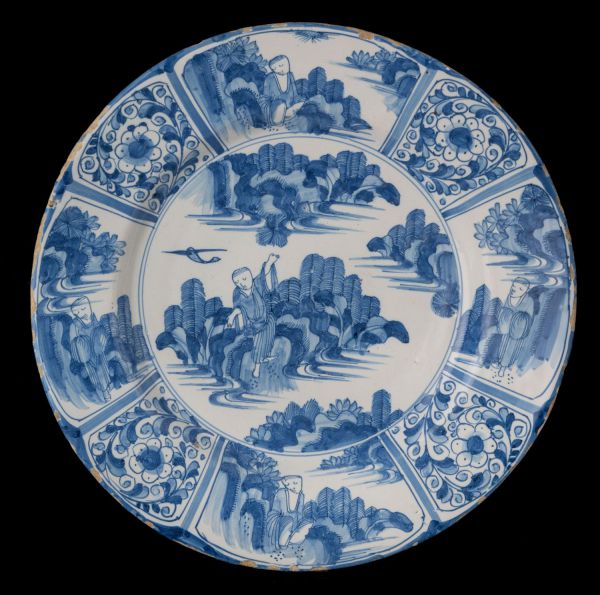 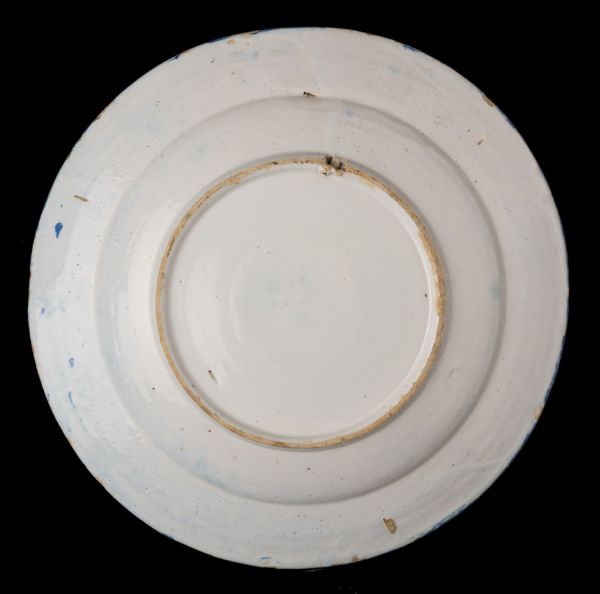 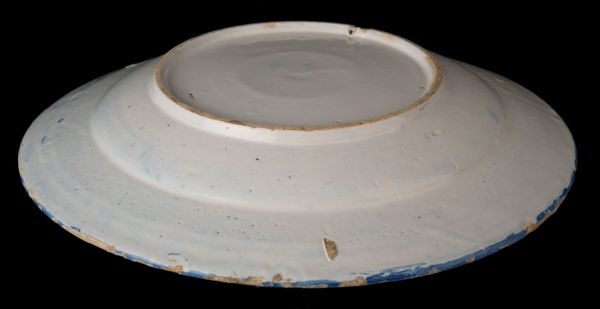 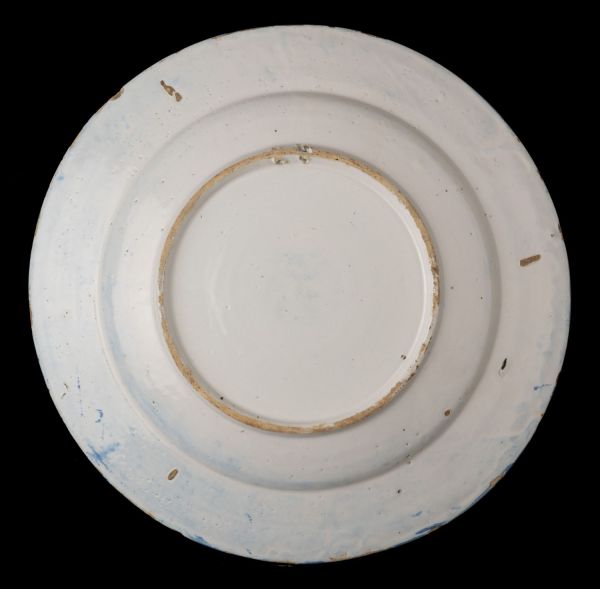 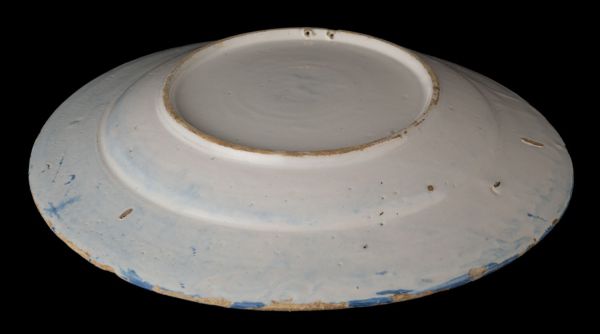 The blue and white dishes have wide-spreading flanges and are painted with a Chinese figure in an oriental landscape. The eight-panelled border is alternately decorated with floral motifs and oriental landscapes.