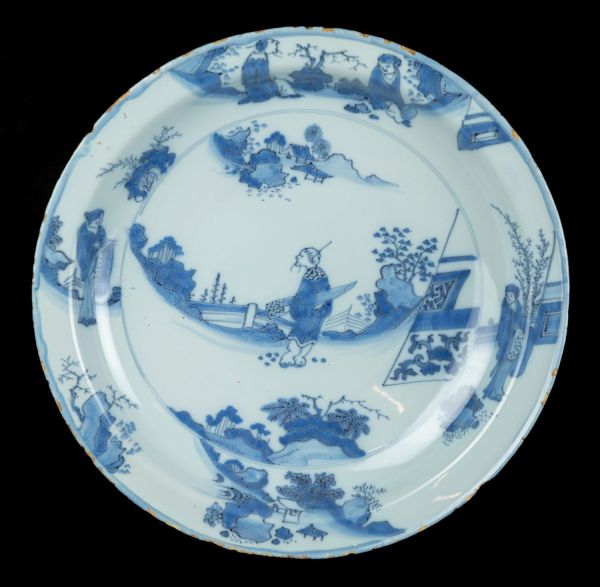 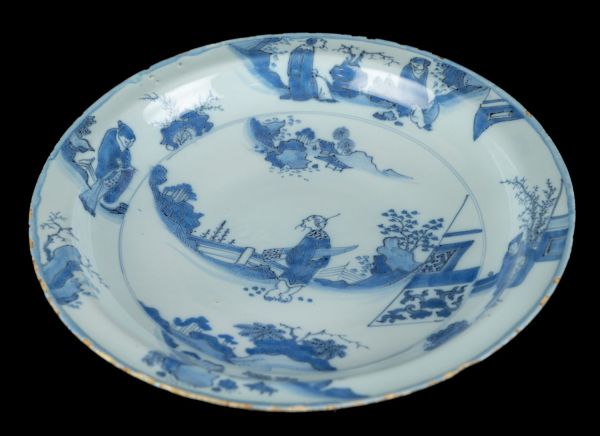 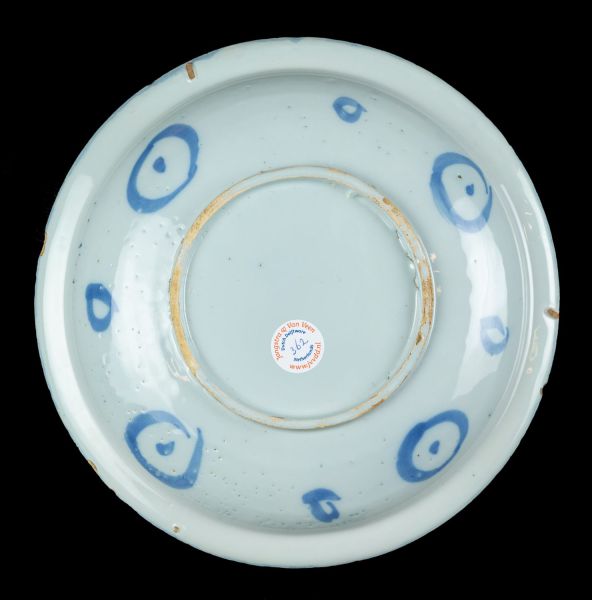 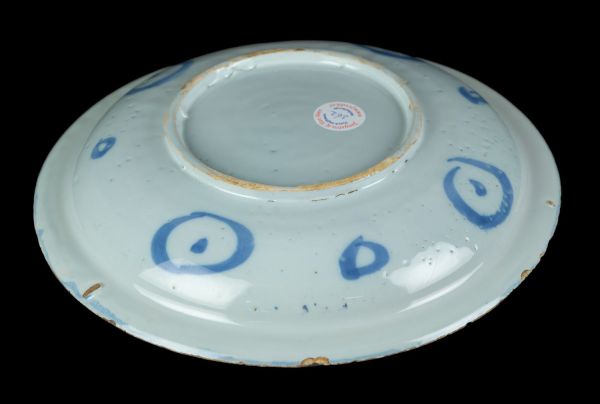 The blue and white dish has a narrow, flat flange and is painted in the centre with a Chinese figure in an oriental garden landscape in a double circle. The brushwork is executed in blue within purple outlining on a light blue-coloured tin-glaze. The Chinese figure carries a guzheng, a Chinese zither, wrapped in a cover. On the well and flange are six different landscapes and terrace scenes, partly filled with Chinese men and women. The reverse is painted with four circles with a dot and four smaller circles.