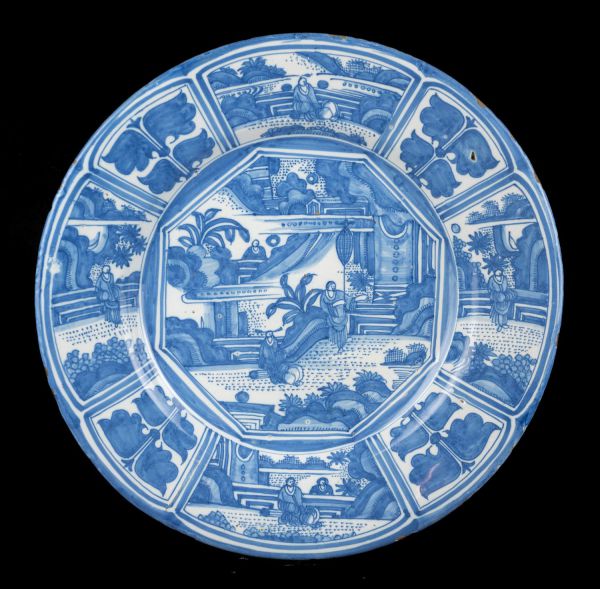 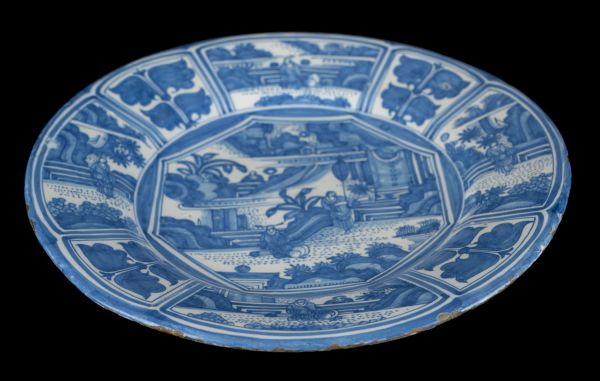 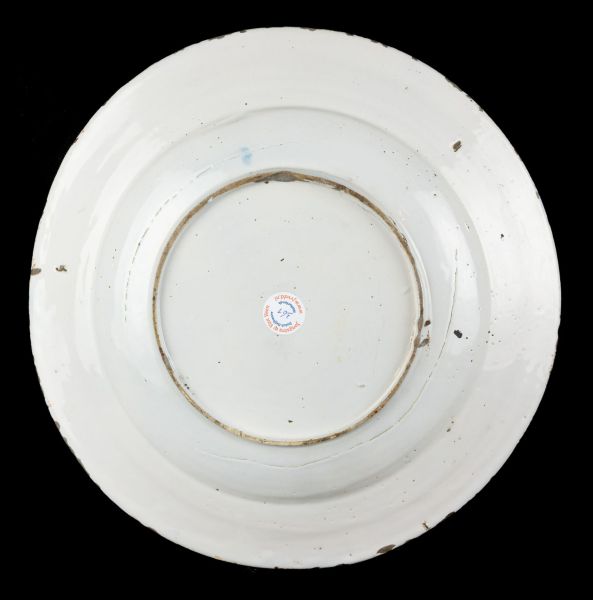 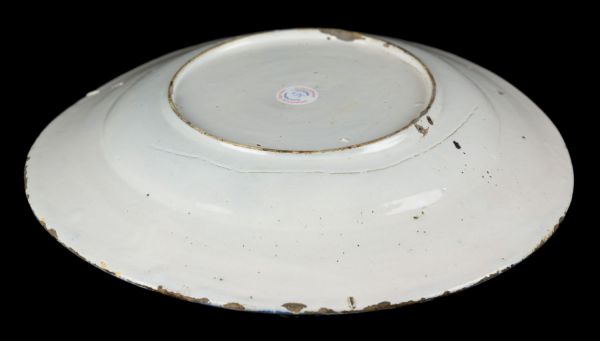 The blue and white dish has a wide-spreading flange and is painted in the centre with two Chinese figures on a terrace by a pavilion in an oriental garden landscape. A third Chinese is visible in the background. The scene is framed in an octagon. The well and flange are divided into four wide and four narrow panels. The wide panels also feature oriental garden landscapes with one or two Chinese figures. The smaller panels are decorated with a stylised double flower. The outer rim is blue.

Similar examples
The Victoria & Albert Museum in London has a similar, somewhat smaller dish (C.737-1923). Several dishes with oriental landscapes and similar panelled borders can be found in a German private collection (Hebben & Peters, pp. 76-77), but instead Instead of stylised flowers in the border, a floral scroll is applied here. Similar dishes are in the Van Drecht collection (pp. 130-131).