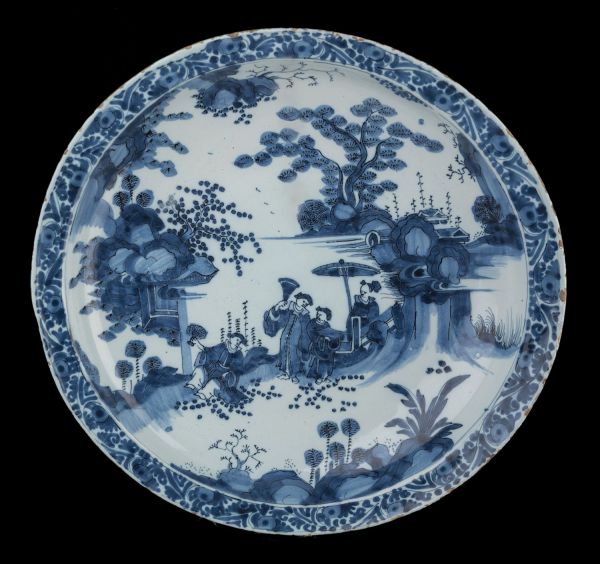 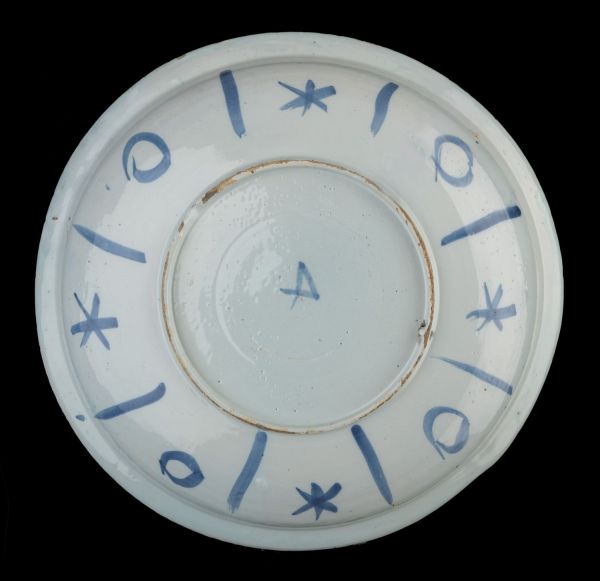 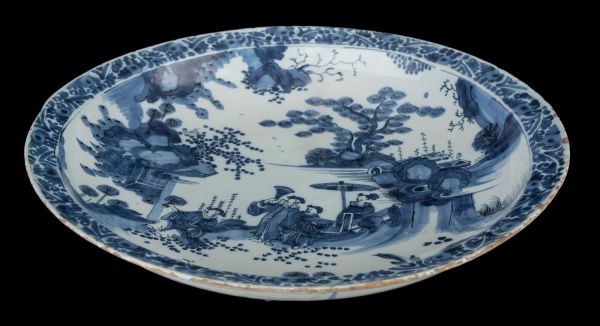 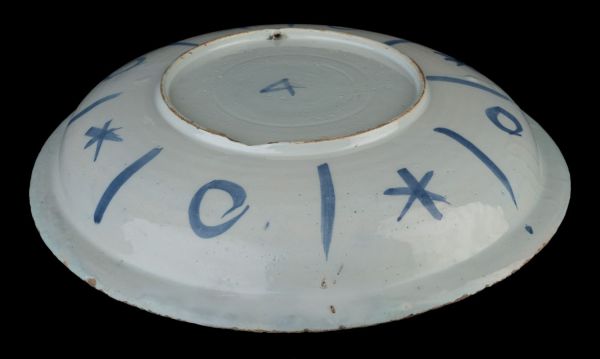 The deep dish has a narrow, flat flange and is painted in blue with a Chinoiserie landscape. In the centre of the foreground four Chinese figures are depicted: on the left a man with a fan, two conversing men are in the centre, one of them holding a fan, the other carrying something in his arms. The fourth man is standing with a parasol behind a balustrade. On the right, pavilions are visible in the background. A continuous foliate scroll is painted on the narrow rim. On the reverse there is a panelled decoration of circles and stars, with the number 4 in the foot rim.