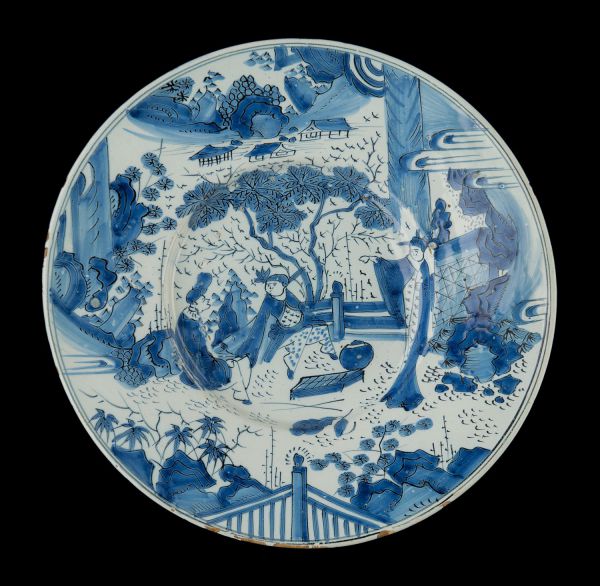 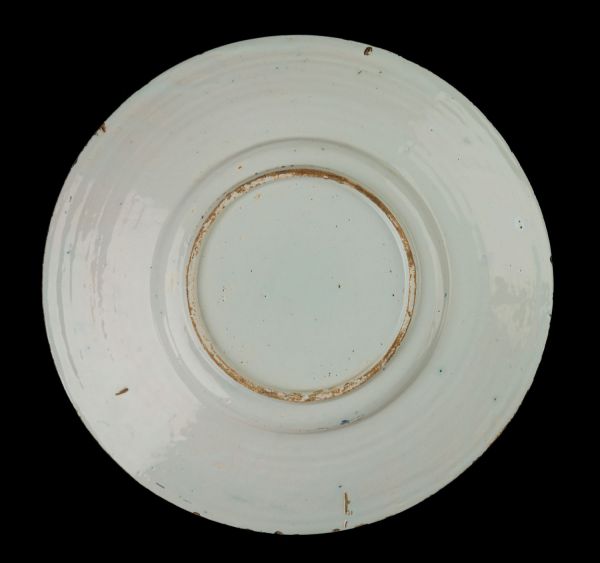 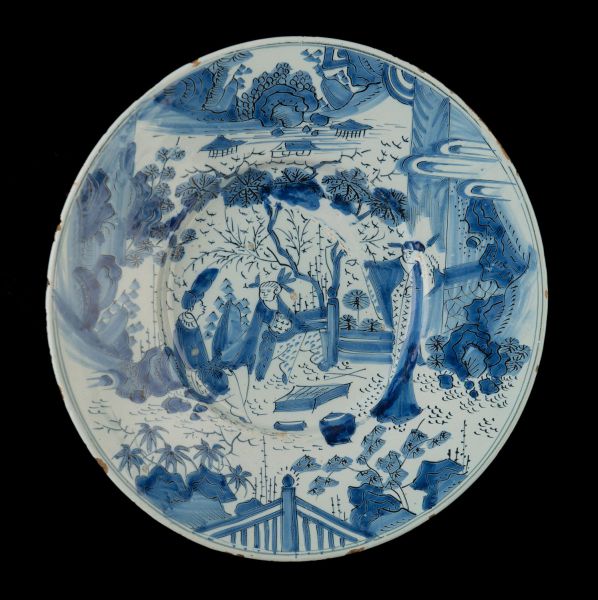 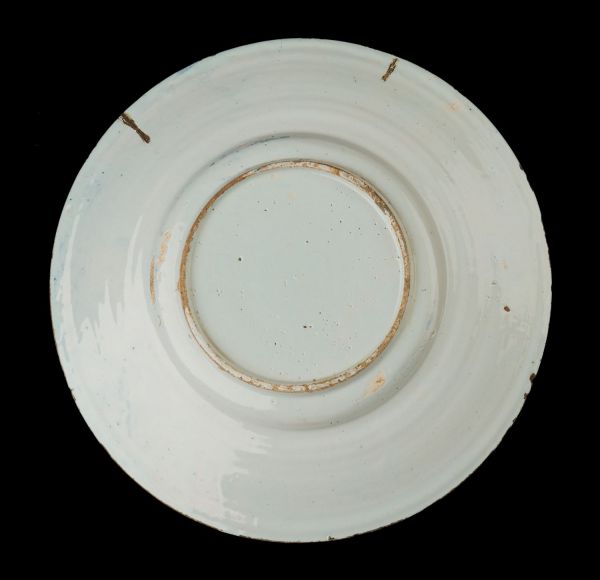 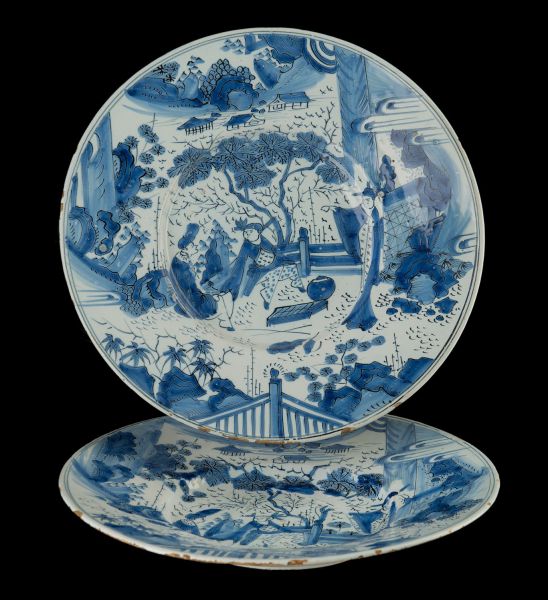 Pair of blue and white dishes with a wide-spreading flange, the surface painted entirely with a blue and white chinoiserie decoration in a double circle. Two conversing Chinese are sitting on a terrace in a garden, with two trees in the background. A third Chinese stands to the right.

Similar examples
In the National Museum in Gdansk, Poland are dishes and other objects with this decoration (Kilarska, pp. 61-64, 67; Jongstra, pp. 31, 35-36). Six dishes with the GK and PK mark are in the Zeughaus Museum, part of the Reiss-Engelhorn Museums in Mannheim (Lunsingh Scheurleer, pp. 128-130).

Explanatory note
Marked examples of this characteristic decor are known from two Delftware potteries: the Metal Pot and especially from the Three Porcelain Ash Barrels. Vases, tazza’s and beer mugs with the same chinoiserie decor are also known from the latter pottery. Many of these pieces are marked with GK, a smaller number  with PK. GK is the mark of Gerrit Kam who owned the Three Porcelain Ash Barrels pottery between 1679 and 1700. The PK mark belongs to his son Pieter Kam and his widow who ran the pottery between 1700 and 1716. We may consider this  pottery as the creator of this chinoiserie decor. It must have been a particularly attractive decoration, which was certainly widely sold in the Baltic Sea region, as evidenced by archaeological finds from Gdansk [the former Dantzig] and the pieces from old family possessions which have been preserved in the National Museum in Gdansk.
Based on a comparison with several marked items, this pair of dishes can be attributed to the Three Porcelain Ash Barrels.