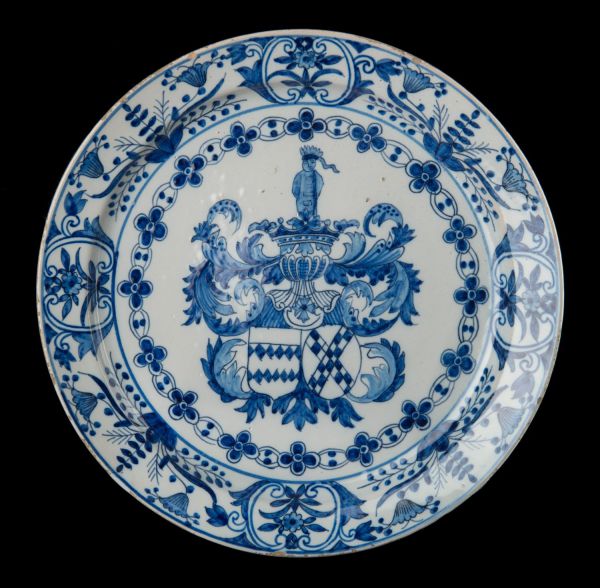 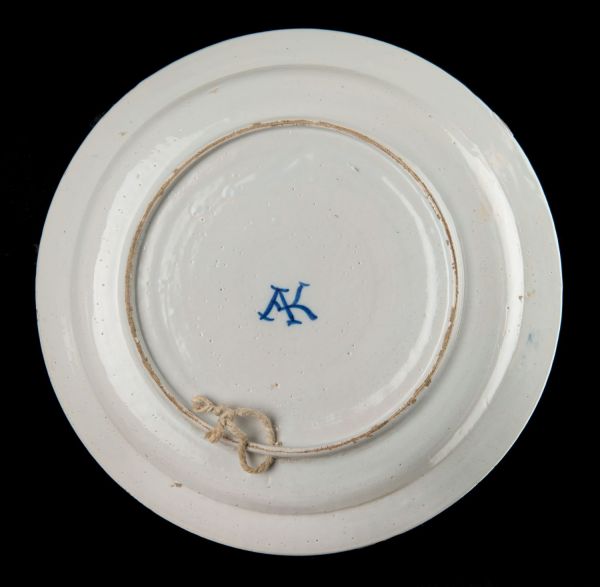 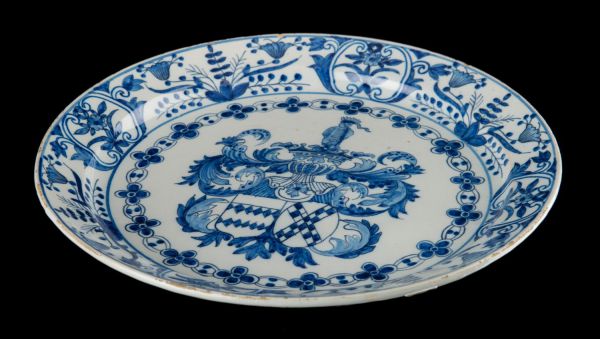 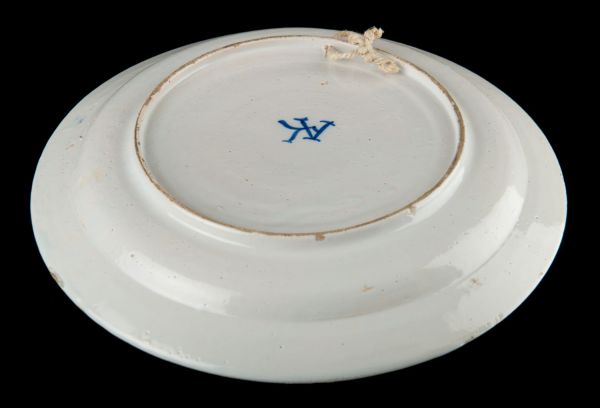 The blue and white plate stands on a foot rim and is painted in the center with the full conjugal coat of arms of Johan  van der Does and Elisabeth van der Dussen. The crest is a standing man, possibly an Indian, a Moor or a Chinaman. The arms are framed within a band of linked flowers. The flange and well are decorated with four double C-scroll cartouches, each filled with a small leafy branch. They are alternated with sections of stylised floral motifs.

Similar examples
An identical heraldic plate without a foot rim, also marked AK, is in the collection of the Gemeentemuseum Den Haag and is published in Eliëns (p. 98). The catalogue entry mentions additionally two plates, two ewers and a candlestick with the same coat of arms, which were exhibited in 1915 in the city of Haarlem.

Explanatory note
Johan van der Does (1644-1704) was mayor of Gouda and a delegate at the Staten-Generaal ( The States-General were the highest governmental body of the Dutch republic). He married Elisabeth van der Dussen (1657-1730) in 1677, a descendant of a high-ranking family. Her father was among other things mayor of Schiedam. It is unknown if this married couple ordered a complete dinner service with their coat of arms, or only a number of separate objects. Perhaps they purchased it for the tenth anniversary of their wedding in 1687.