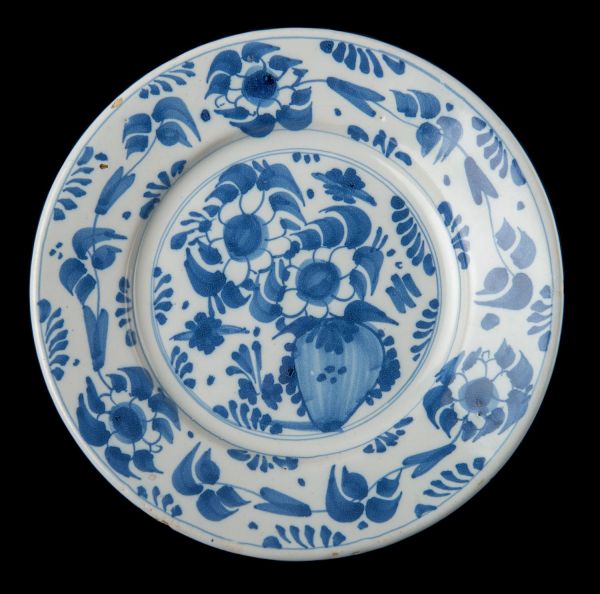 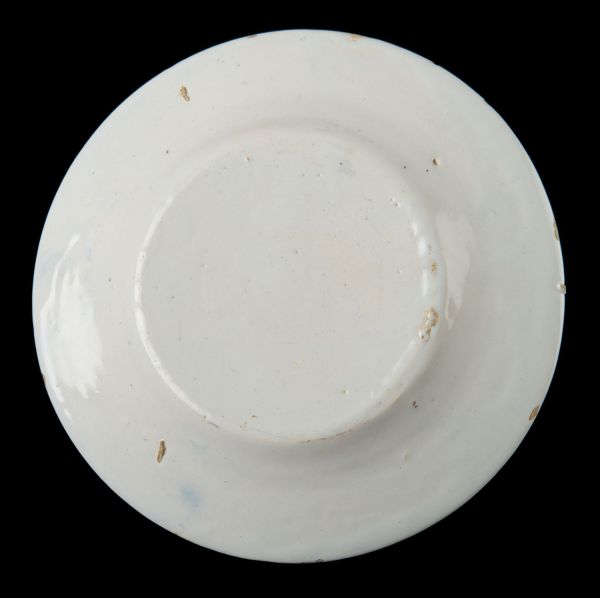 Blue and white plate decorated with of a vase with two flowers in a double circle. The well and flange are decorated with a continuous frieze of flowers, foliage and branches of leaves. The plate has no foot rim.

Similar examples
A plate with a similar decor of a vase with two flowers is in the collection of the Rijksmuseum Amsterdam (inventarisnummer BK-1975-63). The same decor is also painted on a blue and white lobed dish with a border decoration of flowers alternated with branches of leaves. This object is in the Princessehof Ceramics Museum in Leeuwarden (inventory number NO 05903), together with three blue and white majolica chargers decorated with the same subject (inventory numbers OKS 1990-019, OKS 2005-164, OKS 2005-165). These chargers are attributed to potteries in Harlingen. Similar examples were until recently in the collection of Minze van den Akker in Harlingen, among them some archaeological finds from the town itself.

Explanatory note
The decor of a vase with two flowers is inspired by floral decorations on Chinese porcelain from the last Ming emperor Chongzhen (1628-1644). In the second half of the seventeenth century this décor was frequently painted on Dutch tin-glaze pottery: maiolica porringers and chargers and faience plates and lobed dishes. Besides Harlingen and Delft, this décor was used by factories elsewhere.