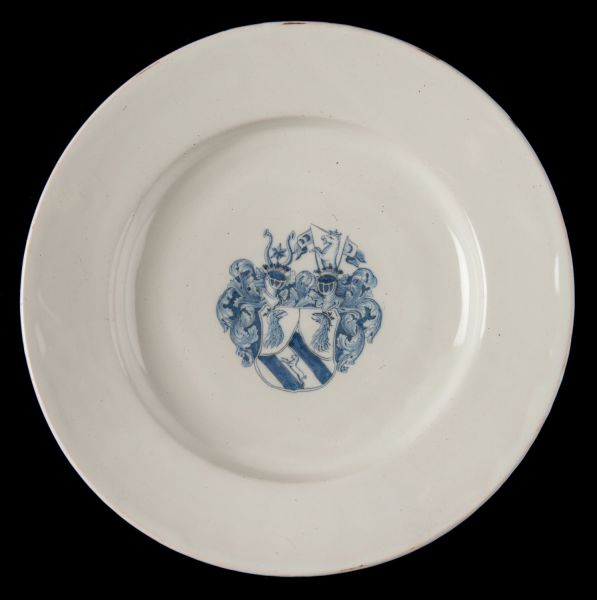 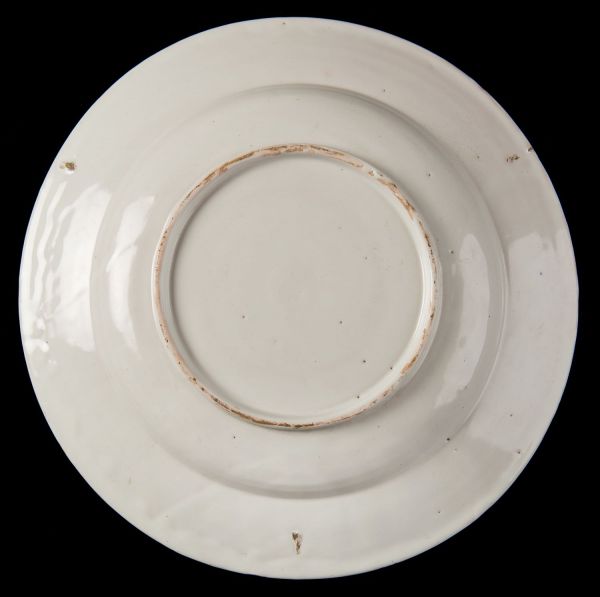 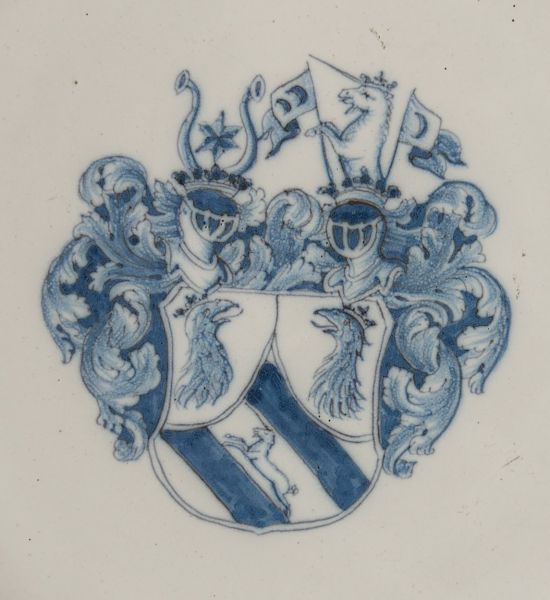 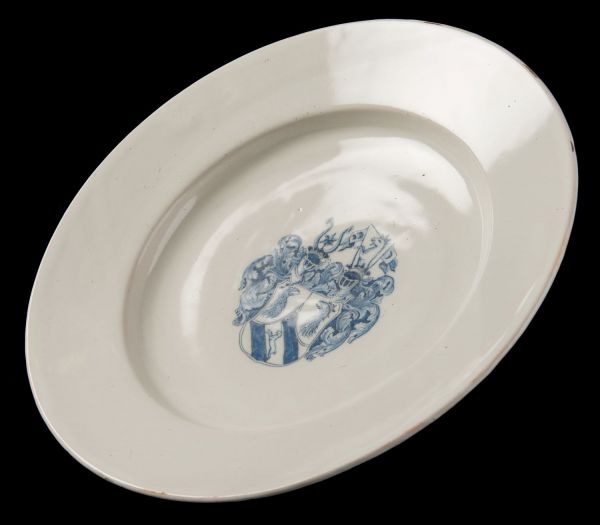 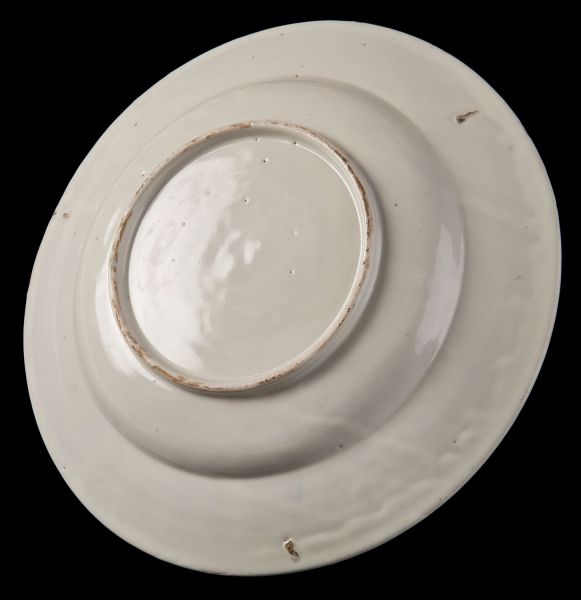 This large charger has a wide-spreading flange and is decorated in the center with a coat of arms in blue, made up of a shield adorned with two helmets and mantle. The shield is divided into three sections of which the upper two show two facing crowned eagle heads and the lower one a jumping Unicorn. The coat of arms has not yet been identified and may very well be of foreign origin. A notable feature are the white dots and specks in the blue pigment.

Similar examples
Large armorial chargers without a decorated border have not yet been documented, but similar smaller plates do occur. A 1656 dated plate with an unidentified coat of arms is in the collection of Princessehof Museum in Leeuwarden (OKS 1985-014). Two 1665 dated plates bearing the arms of Govert Suys, Mayor of Gouda, were excavated from a cesspit at the location of the Porceleyne Fles pottery (Eliëns, p. 98-99). The Rijksmuseum collection in Amsterdam contains a plate which is dated between 1660 and 1690 with an unidentified coat of arms and a mirror monogram (BK-NM-3899). This plate, like our charger, has white dots and specks in the blue pigment and both pieces could have been made by the same manufacturer. A plate by De Paauw pottery made around 1690 is shown in Aronson 2015 (p. 24).

Explanatory note
The charger could have been made either in Delft or Haarlem, but specific characteristics justify an attribution to Haarlem. The dripping glaze lines on the back of the charger is a feature that has been attributed to the wares of father and son Verstraeten in Haarlem (Aronson 2010, p. 46). The reddish shine of the body through the white tin glaze, especially along the rim at the back, appears in some other Haarlem dishes as well. Armorial plates and dishes are a well-known part of the production in Haarlem, both in majolica as well as in faience.