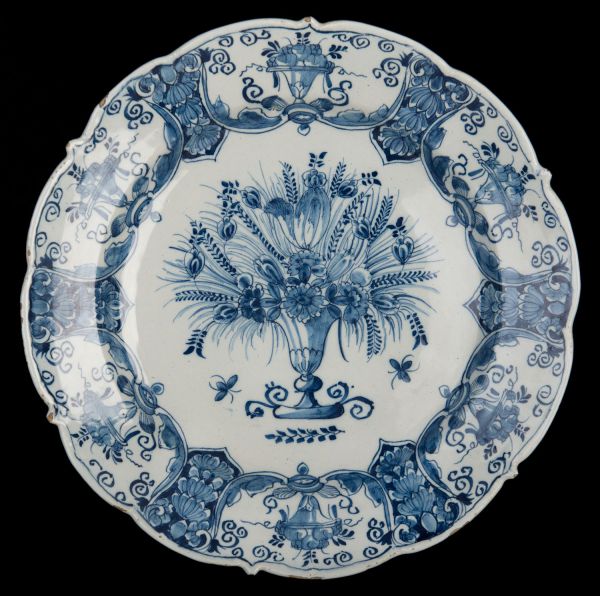 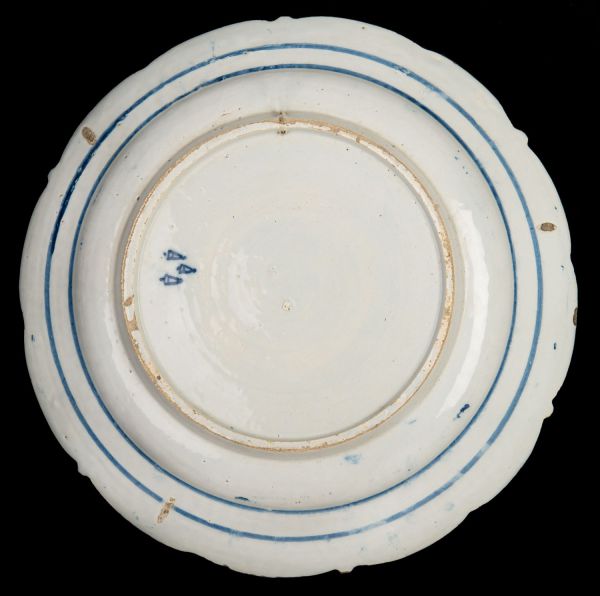 Dish with a scalloped rim painted in blue showing a vase with several flowers and branches. A small branch is depicted under the vase. The rim is divided into six cartouches containing vases with fruits, the spaces between them are filled with floral motifs on a dark background. On the back two concentric circles are painted.

Similar examples
A plate with the same decoration is in the collection of the Royal Museum of Art and History in  Brussels, depicted in Helbig (part 1, p. 213). It is made by The Porcelain Axe pottery.

Explanatory note
Flower vases were a popular motif on Dutch delftware in the eighteenth century, painted not only in blue and white, but also in multiple colors. The decoration was applied mostly to plates, dishes and plaques, but occasionally also on brush backs.