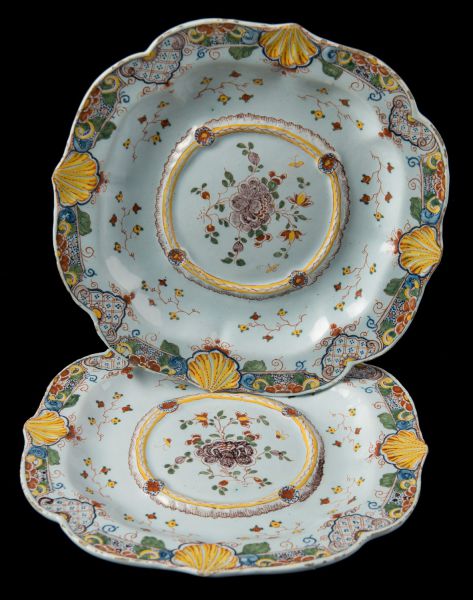 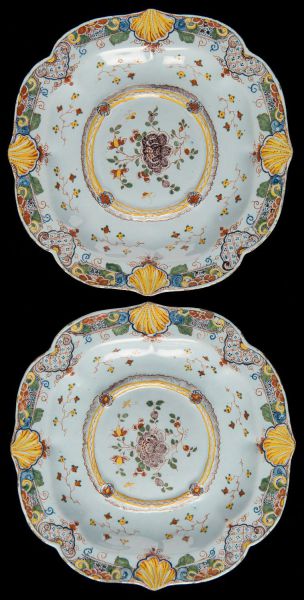 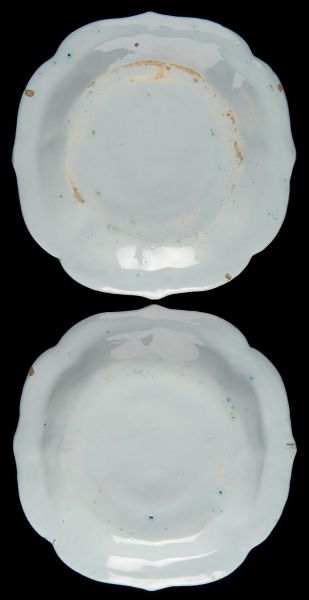 A pair of polychrome stands for butter dishes

The mainly square-shaped stands have indented corners and a raised center section with rim and four small flowers. The stands are painted in polychrome with a combination of flowers, demi-flowers on blue dotted grounds, flower sprigs and cartouches with trellis diaperwork and demi-flowers. In the border there are four molded shells painted in yellow with red outlining.

Condition: chips to rim and to a single flower on the raised center rim.

Similar examples
A similar stand and butter dish decorated with gallant and commercial scenes was auctioned at Christie's in Amsterdam in 1993 (p. 83, lot 420). Another butter dish and stand in petit feu technique, made in the Arnhem delftware pottery, is depicted in Duysters (p. 167, no. 71).

Explanatory note
The borders of the stands are executed in the Régence style, which was developed in France between 1715 and 1723. In The Netherlands it was prevalent between 1720 and 1750. Characteristic of this Régence style is the symmetrical and balanced application of ornaments such as shells, cartouches,  S-shaped ribbons, trellis diaper and flowers and foliate.