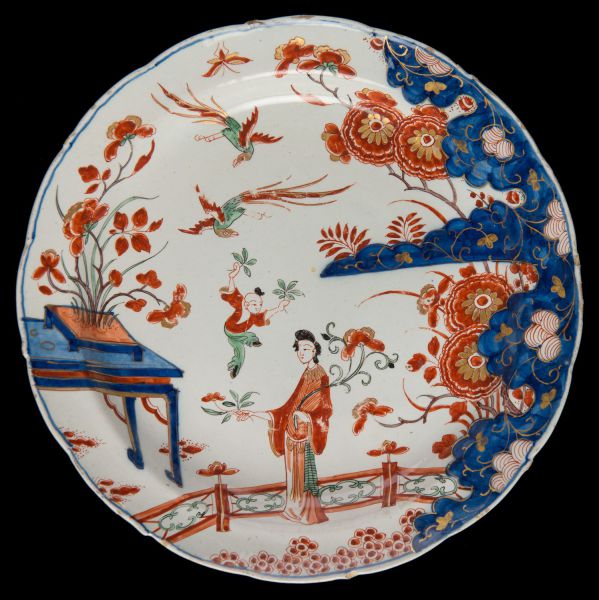 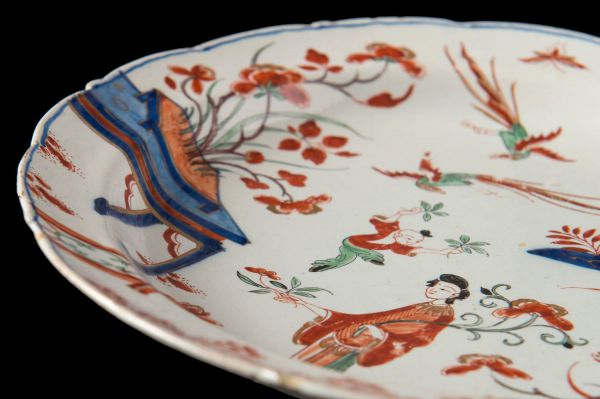 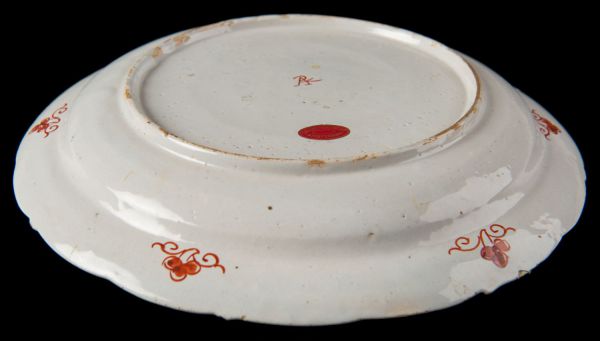 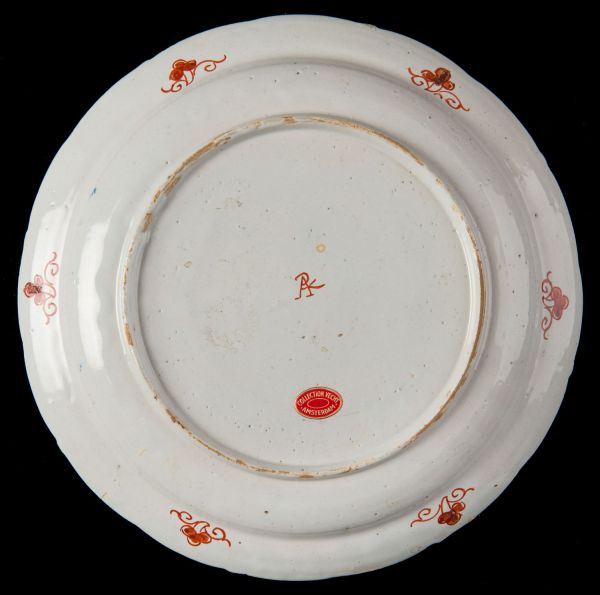 The plate is slightly curved and has a narrow border. The painting is executed over the entire surface in a polychrome Imari palette. The chinoiserie decoration consists of an Oriental woman and child dancing amongst flying birds. The woman – traditionally called Long Eliza – stands in front of a garden fence. The child is known as a Dancing Fool. Several variations of this decoration with Long Eliza exists, with or without the Dancing Fool. They all hark back to Chinese porcelain from the Kangxi period (1662-1722). The painting is done in a combination of grand feu and petit feu techniques.

Condition: chips to rim and a small shard glued to the rim, wear and light damage to painting.

Similar examples
A slightly smaller plate with the same decor is in the collection of The Hague Municipal Museum (inventory number OC (D) 82-1904), illustrated in Van Aken-Fehmers 1999, p. 120.

Explanatory note
The Imari colour palette was very popular and copied in China and several European countries, both in potteries and in porcelain factories. Of the potteries in Delft the Greek A was the largest manufacturer of Imari. In the first decades of the eighteenth century it made up a substantial part of the production of this manufacturer. Faience with Imari decoration manufactured in Delft is also known by the French term 'Delft doré’.