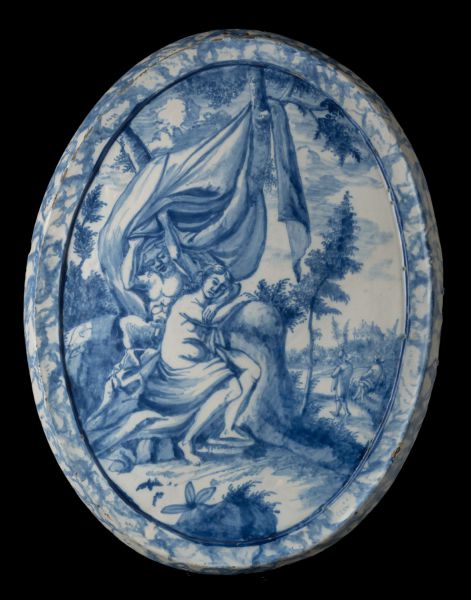 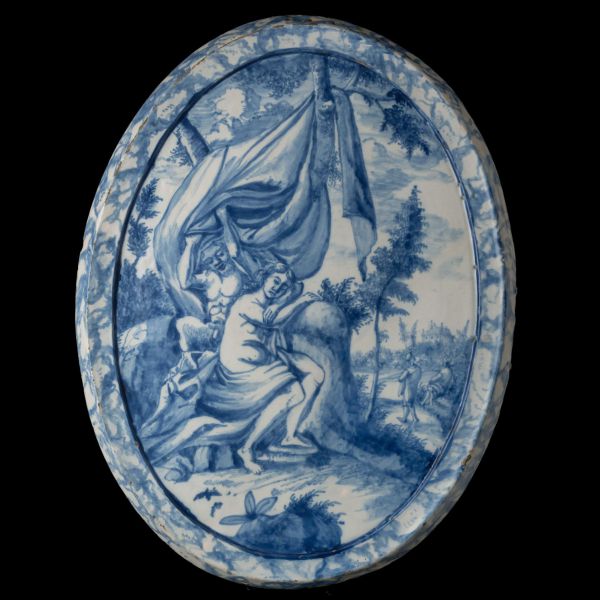 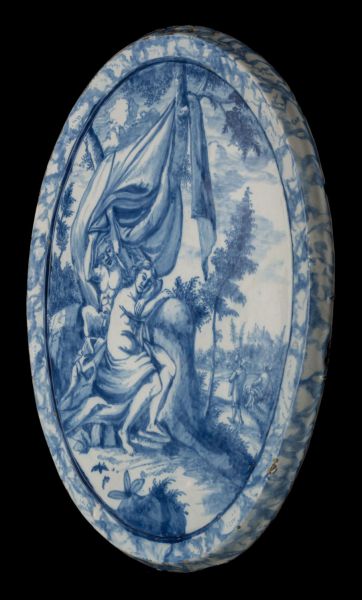 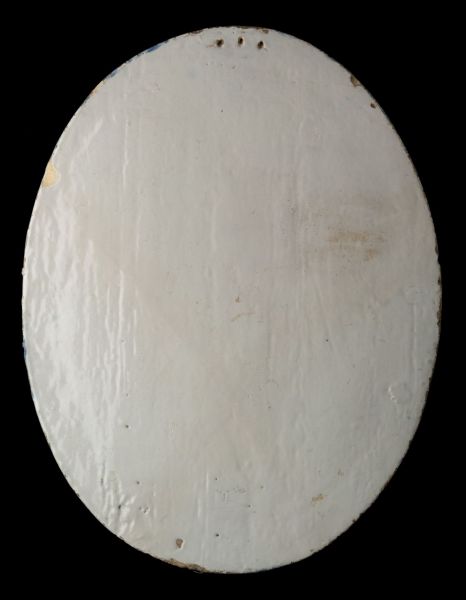 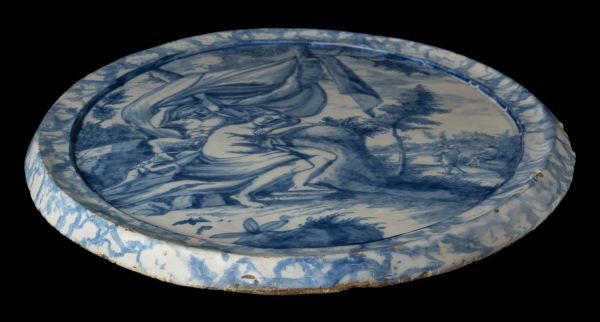 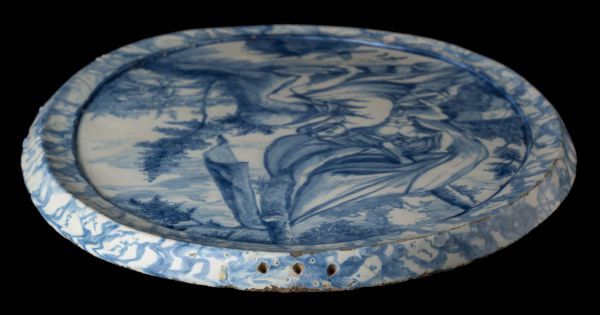 Blue and white plaque with a satyr and a sleeping nymph

The oval plaque has a profiled rim and is painted in blue with a landscape with a satyr and a sleeping nymph in a landscape. She is dressed in a robe and sits leaning against a knoll with her head in her arms. The satyr sits right behind her and casts a lustful glance at the nymph. He has medium-length hair with a flaxen beard, is naked, has very hairy legs and an erect penis. He has hung a large cloth over a tree and is pulling it down to hide both of them from view of two passers-by on the right. A mansion is in the background. The rim is marbled.

Besides the mass production of tiles in the eighteenth century, tile factories in Amsterdam manufactured other items on a small scale such as plaques, trays, trivets and game-tiles. Also tea caddies, tobacco boxes, models of sleighs and shoes, and animal statues like cows, goats and dogs were made. Plaques form the largest part of this incidental production, and can clearly be distinguished from Delft examples stylistically and technically. Stylistically they are related more to tiles, tiles pictures and other items from Amsterdam, than to plaques from Delft.

There are also important differences in production techniques. Delft plaques are moulded in plaster moulds and fired on pins in saggars. The plaques from Amsterdam were not fired in saggars, but standing on their side on two small clay cylinders between rows of tiles. The back of the plaques leaned against the tiles. This method of production leaves different marks on the plaques from the pin marks on Delft plaques and these are important keys to establish Delft from non-Delft production. Using moulds enables a Delftware pottery to produce the same shape repeatedly, up to dozens or even hundreds of times, depending on how long the moulds could be used. The Amsterdam plaques are all handmade and can therefore be considered as incidental products instead of items regularly produced.