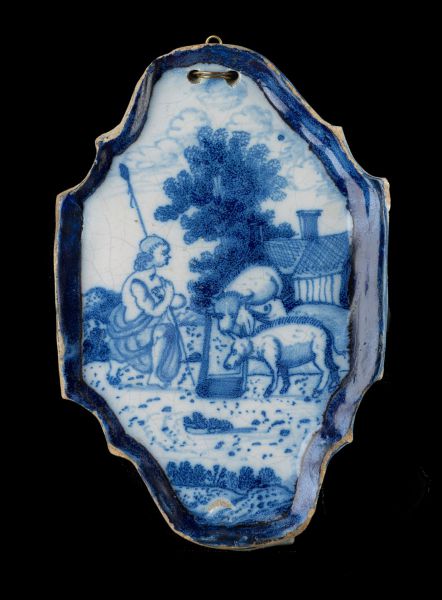 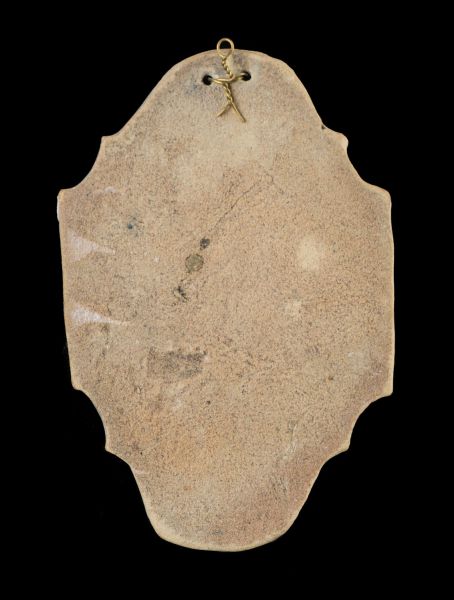 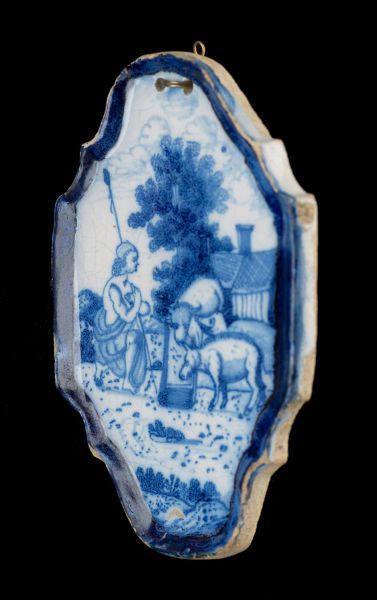 Blue and White Biblical Plaque with the Prodigal Son

The small oval-shaped plaque has a scalloped and raised rim. It is painted in blue with the Biblical story of The Prodigal Son as a Swineherd. The raised rim is blue. The picture is based on print number 43 from the New Testament series Toneel ofte Vertooch der Bybelsche Historien by Pieter Schut from 1659.

Explanatory note
The decor on this small plaque and the irregular, manual way in which the plaque is formed makes it clear that it is a product of a tile factory. Such small plaques are not further known, which makes it plausible that it was a one-off piece, perhaps by a tile painter for one of his children. Besides the mass production of tiles in the eighteenth century, tile factories in Amsterdam manufactured other items on a small scale such as plaques, trays, trivets and game-tiles. Also tea caddies, tobacco boxes, models of sleighs and shoes, and animal statues like cows, goats and dogs were made. Plaques form the largest part of this incidental production. This is not surprising, because plaques are a form between individual tiles and tile panels and therefore fit best with daily practice in a tile factory.