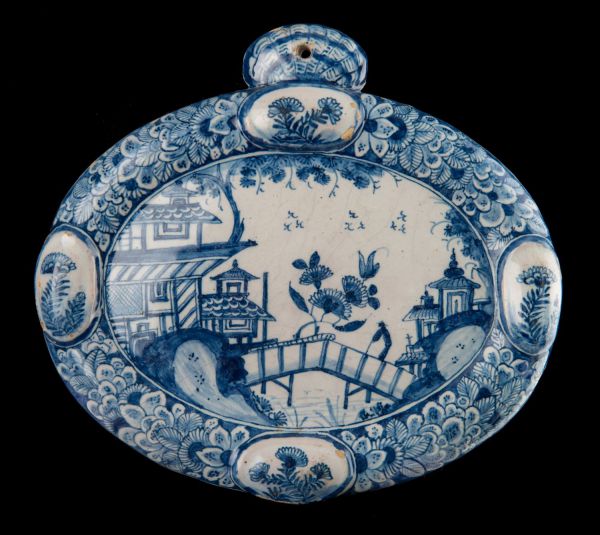 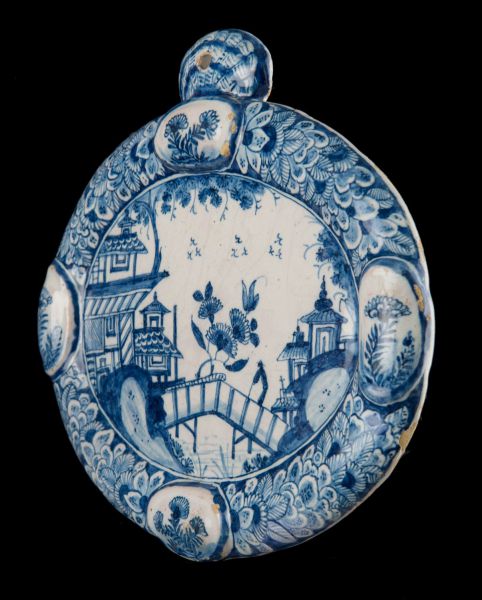 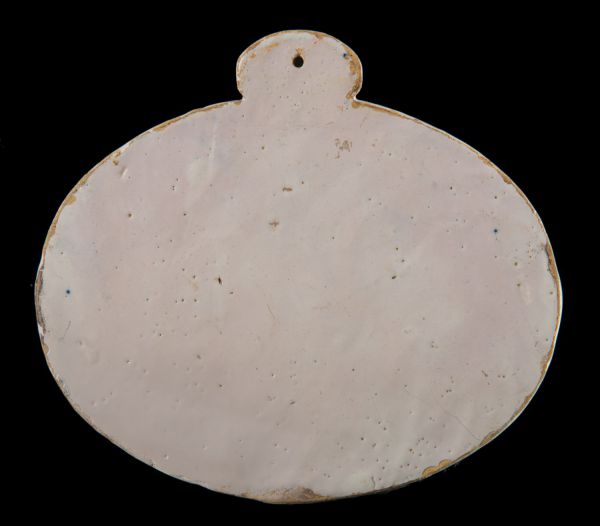 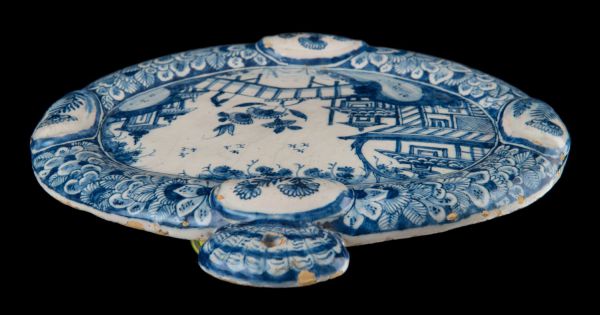 The oval blue and white plaque has a molded rim with four raised, oval cartouches. At the top a shell-shaped suspension loophole is molded. The plaque is painted with a chinoiserie water landscape. A bridge connects both banks which are built with houses and pavilions. A chinaman stands on the bridge and birds are flying in the sky. The rim is painted with flowers and leaves on a blue ground, the four cartouches are filled with floral twigs.

Similar examples
A similar plaque with a Dutch landscape is in the collection of the Musée des Arts Décoratifs in Paris, France (Lahaussois, p. 119, nr. 144). A plaque with a Dutch winter scene is dated 1756 (Blazy, p. 44, nr. 38). And a 1702-dated plaque with Flora surrounded by flowers and foliage was auctioned at Christie’s Amsterdam in 2003 (lot 328). Vertically hanging examples are also known.