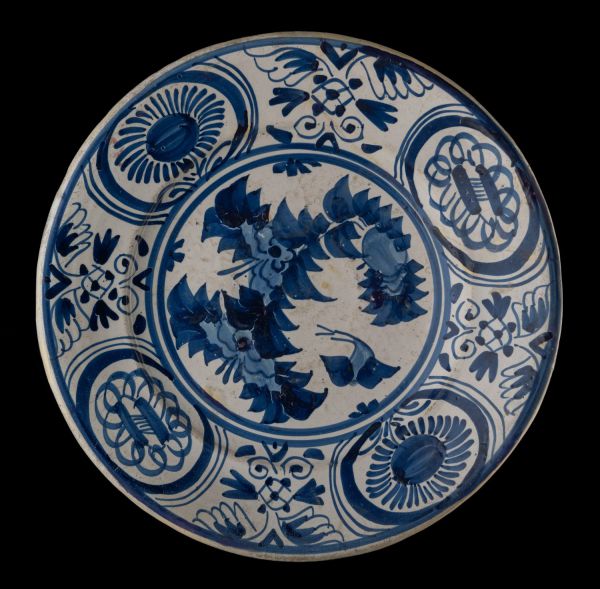 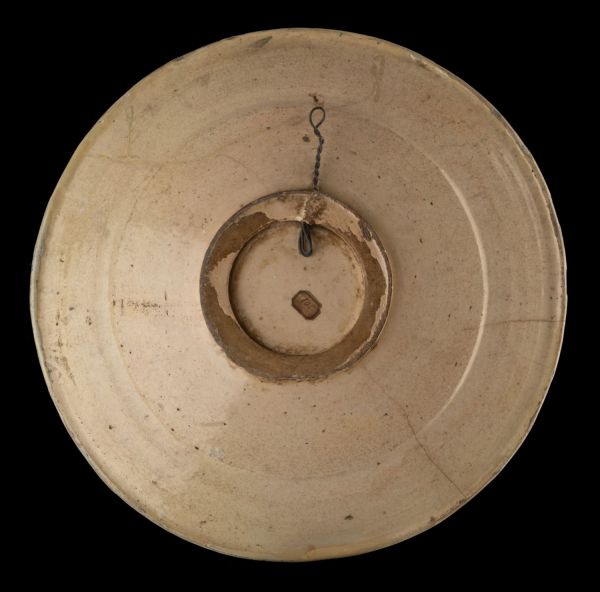 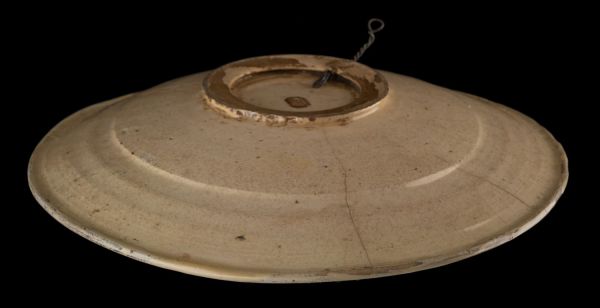 Blue and white dish with a flower branch and bird

The dish has a wide-spreading and slightly raised flange and is painted in blue with a simplified decoration of a flower branch and a bird, framed within a double circle and an ornamental border. The border decoration is made up of four oval cartouches alternated with stylized floral ornaments. Two cartouches are filled with a flower, the two others with an oriental motif. Three stilt marks, which are characteristic for majolica, are visible in the centre.

Similar examples
A centre fragment of a dish with a similar decor was excavated in the Waardenpolder near Haarlem (Korf, p. 191, dep. 521). A complete dish with a similar decor from the Ritman collection is also depicted by the same author (between pages 98 and 99). A plate with a diameter of 20 cm has been excavated in Harlingen with a corresponding decor (Van den Akker, p. 58, no. 0113104). A dish with the same border decor but with a fruit basket as central decor is in the collection of the Rijksmuseum Amsterdam (BK-1955-392).

Explanatory note
This decor of a flower branch with a bird is derived from Chinese Kraakporcelain from the first half of the seventeenth century, which was imported en masse into the Dutch republic by the VOC (United  East India Company). Variations of this were made in majolica as well as in faience throughout the seventeenth century.