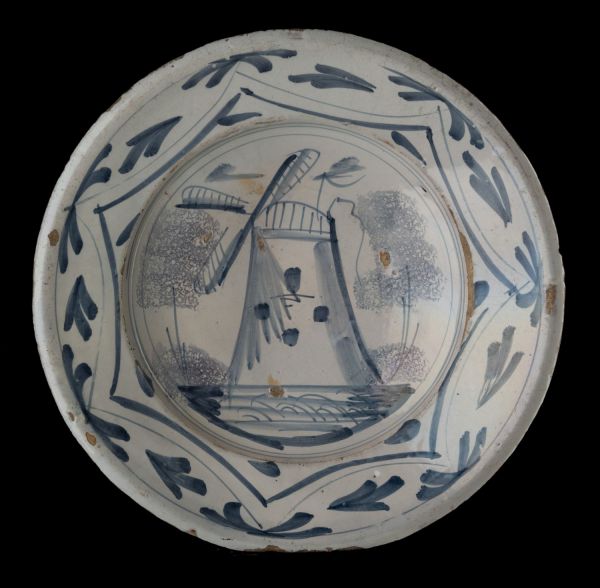 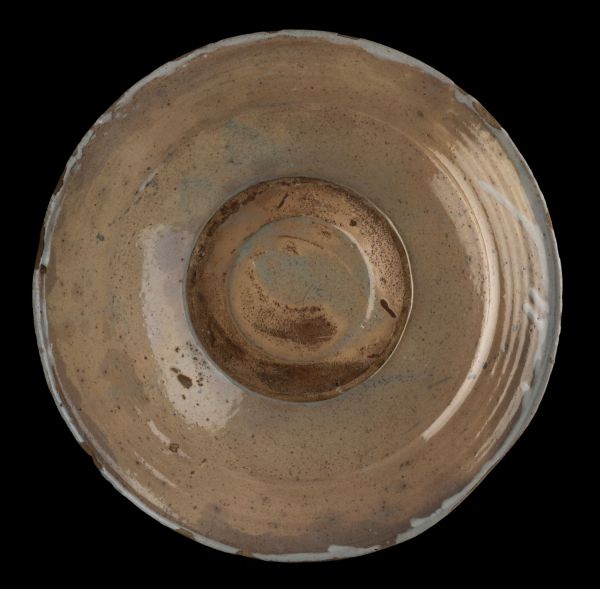 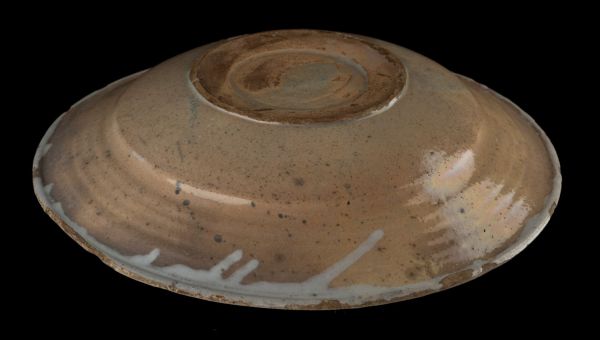 Blue and white dish with windmill

The dish has a raised flange and is painted in blue with a windmill between two sponged trees. The depiction is framed within three circles. The border decor is made up of a heptagon with simple ornaments on the points, and with arrow shapes in between. Three stilt marks, which are characteristic for majolica, are visible in the centre.

Similar examples
A deep majolica dish in blue and white with a windmill in a landscape from the period 1675-1725 was excavated from a cesspit at Lange Houtstraat 24 in Amsterdam (Gawronski, pp. 282, 327, nr. 1029). A polychrome faience dish with a similar majolica-like decor of a mill between two sponged trees is in the collection of the Holland Open Air Museum in Arnhem (Nederlands Openluchtmuseum te Arnhem (Klijn, p. 231). It is dated after 1800, but was made in the first half of the eighteenth century.

Explanatory note
Windmills are often depicted on majolica as part of a village scene, they are not often painted as an independent motif. The known majolica dishes with windmills as central decor mainly date from the eighteenth century.