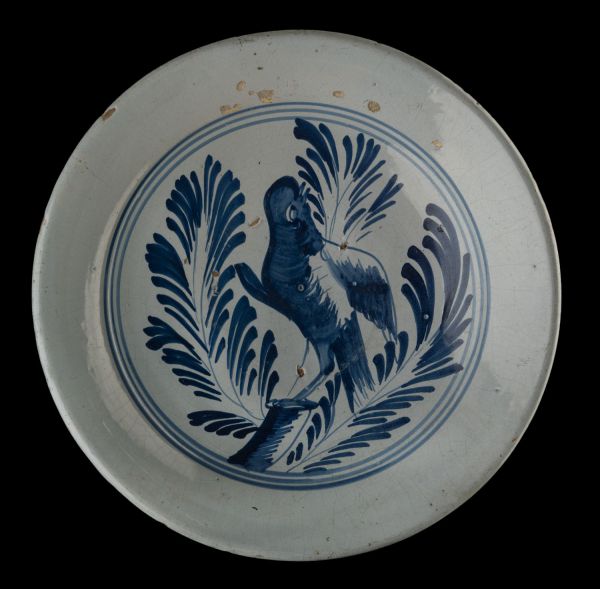 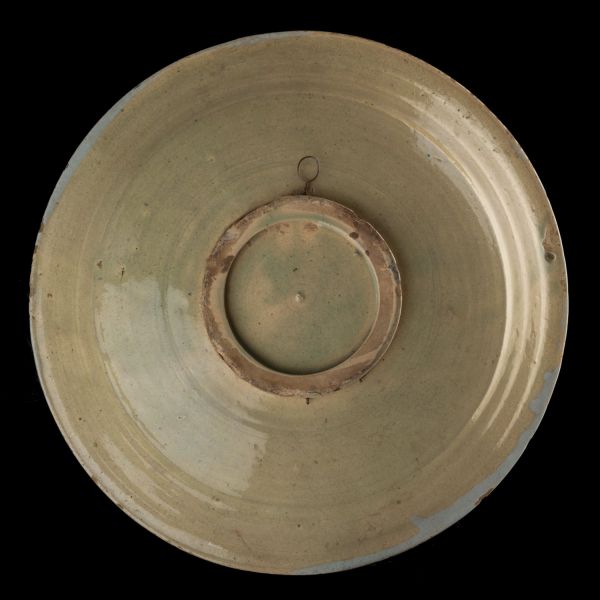 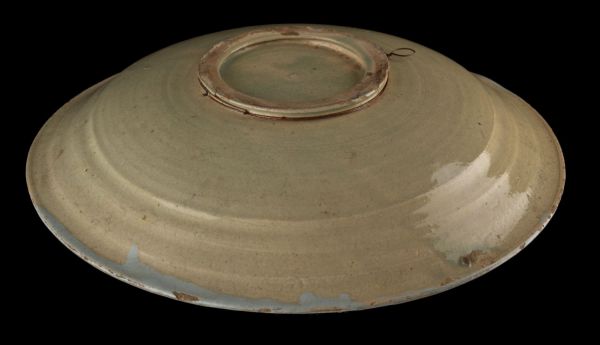 Blue and white charger with a bird on a branch

The charger has a slightly raised flange and is painted in blue with a parrot on a shortened branch from which three leafy branches sprout, framed within three circles, the flange is unpainted. Three stilt marks, which are characteristic for majolica, are visible in the centre.

Similar examples
A dish with a bird on a branch, with the leafy branches which are characteristic of Ruurds, was in the collection of the former Harlinger Pottery Museum (Van den Akker, p. 94, no. 116509). A second dish is depicted in Pluis (p. 154, pict. 309).

Explanatory note
Pieter Ruurds was first painter at the Raamstraat pottery in Harlingen, where he worked from the seventies of the eighteenth century until his death in 1800. Just over a hundred tile pictures and objects are attributed to him, including some dishes with a bird on a branch. He also executed this motif on a shaving basin and a milk pot (Pluis, pp. 154, pict. 310 and 155, pict. 314).