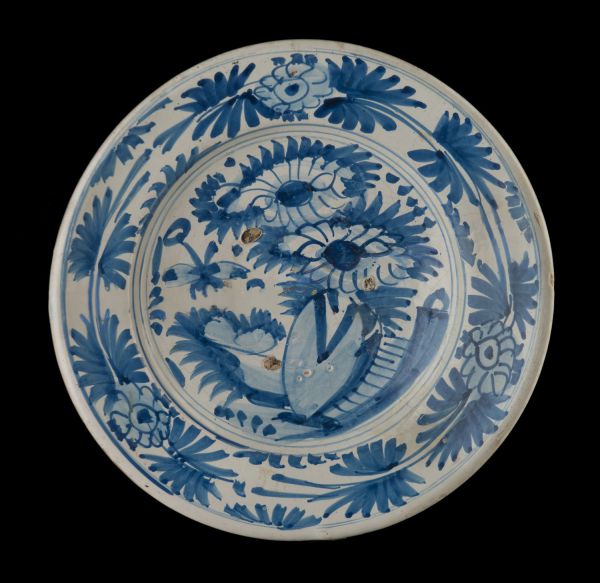 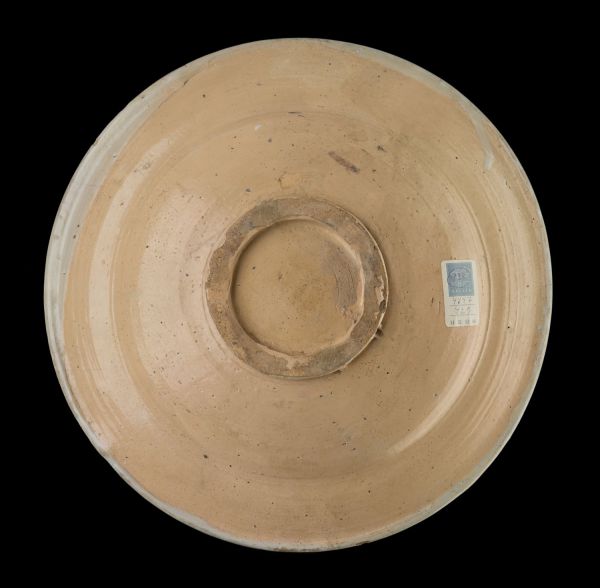 The dish has a wide-spreading flange and is painted in blue with a flower vase with two flowers on a ground within a double circle. An insect flies in the sky. The flange is decorated with flowers and leaves. Three stilt marks, which are characteristic for majolica, are visible in the centre.

Similar examples
An almost identical majolica dish was excavated in Amsterdam from a cesspit from the third quarter of the seventeenth century at 21 Zwanenburgerstraat (Gawronski, pp. 243, nr. 761, 323). During the excavation at the site of the Hart pottery in Delft, a misfire of a comparable dish with this decor was discovered (pp. 162-163). See for similar dishes Van den Akker pp. 60-61.

Explanatory note
The decor of a vase with two flowers is based on floral decorations on Chinese porcelain from the period of the last Ming emperor Chongzhen (1628-1644). In the second half of the seventeenth century it was frequently painted on Dutch tin-glazed earthenware: on majolica dishes and porringers, and on faience plates and lobed dishes. Such decors were manufactured in many production centres.