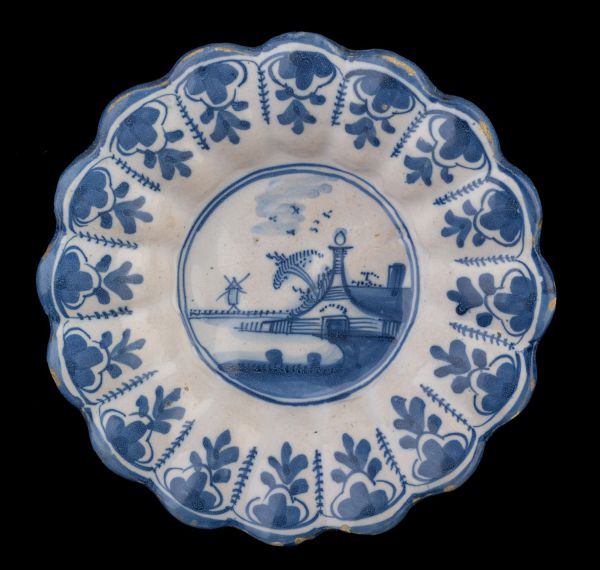 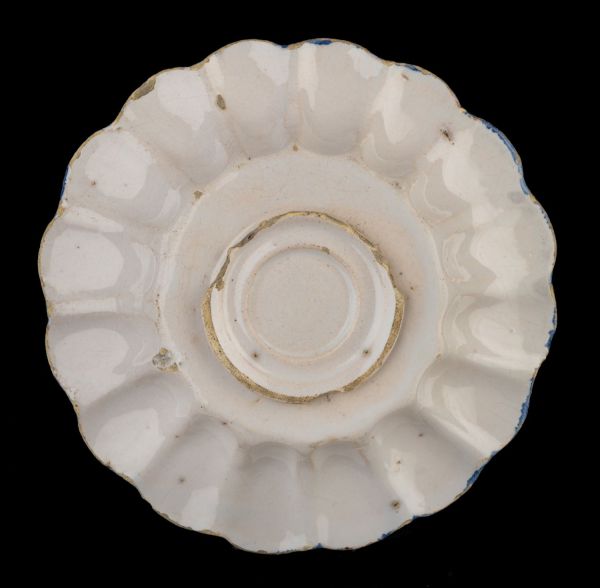 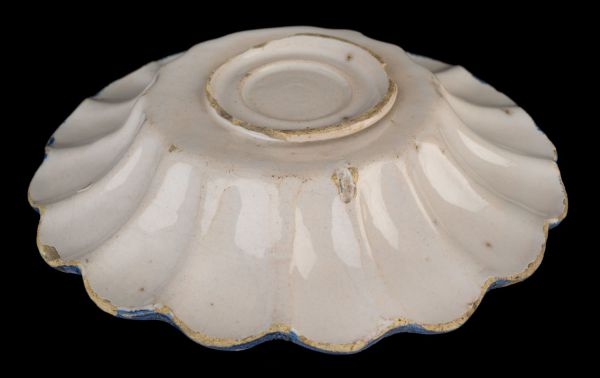 The blue and white lobed dish is composed of sixteen small lobes and is painted in the centre with a landscape. In the background is a mill. The depiction is framed within a double circle. The lobes are decorated with stylized floral motifs. The rim is blue.

Explanatory note
This stylized border motif is possibly based on Portuguese examples. A similar, more naturally rendered border motif was found on a Portuguese lobed dish, excavated in Blokker, a small village in the Dutch province of North Holland (Ostkamp, p. 29, afb. 81). It dates from the second quarter of the seventeenth century and is a little bit earlier than this Dutch one. This example is part of a large group of lobed dishes decorated with landscapes, fruits, flowers, putti and Chinese motifs, mainly executed in blue and white. Besides the stylized, floral border motif, another type with flowers alternated with branches of leaves also occurs. They were all made in the second and third quarter of the seventeenth century.