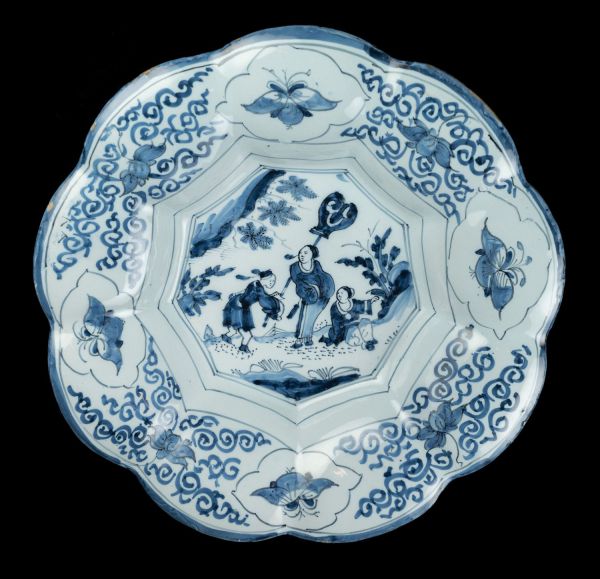 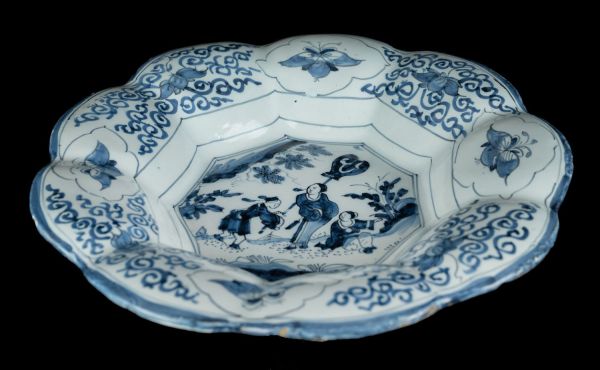 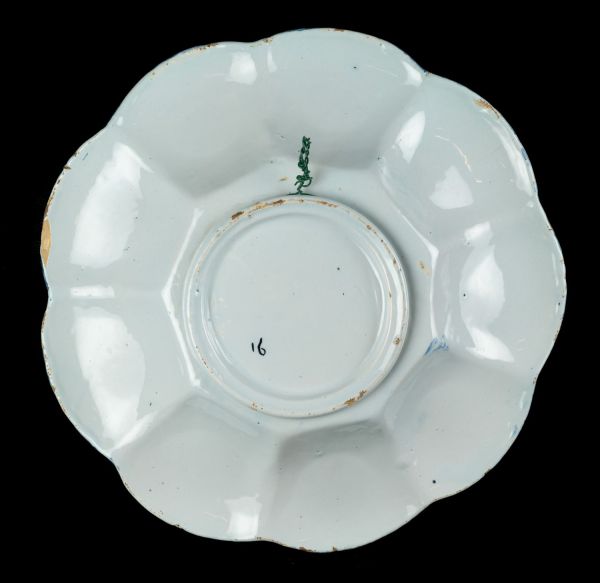 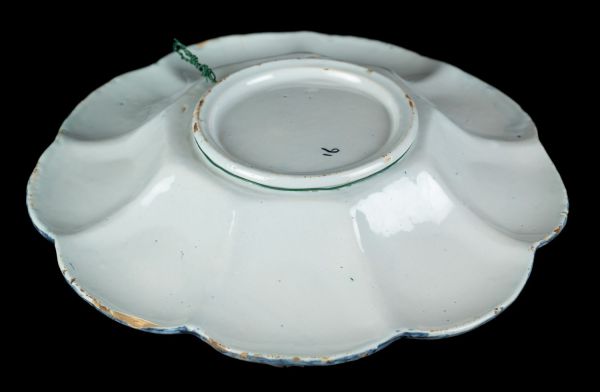 The blue and white lobed dish is composed of nine wide lobes around a nine-fold centre and is painted with  a chinoiserie decor, framed within lines and a double white band. Three Chinese figures are in an oriental landscape, presumably a woman and her two attendants. One attendant stands with a banner or fan on a thin pole in her hand, the other sits on the floor. Four lobed diamond-shaped cartouches have been applied to the flange, each filled with a flower or a butterfly. The space in between is filled with a flower on a ground of ornamental scrolls. The outer rim is blue. The number 16 is painted on the back.

Explanatory note
A little Cobalt oxide has been added to the tin glaze, giving it a light blue colour. The border decoration is exceptional for lobed dishes. The decoration is inspired by Chinese porcelain from the transitional period at the end of the Ming and the start of the Qing dynasty. The porcelain of the last Ming emperor Chongzhen (reigned 1628-1644), the first Qing emperor Shunzi (reigned 1644-1662) and the initial period until 1674 of his successor Kangxi (reigned 1662-1722) may have served as examples for this dish. The transition period in China lasted more than 60 years (1620-1683) and was accompanied by much unrest, conflict and war. The Ming dynasty finally fell in 1644, but it took decades before peace returned to China. For example, the porcelain kilns in Jingdezhen, the main porcelain city in China, were destroyed in 1674.