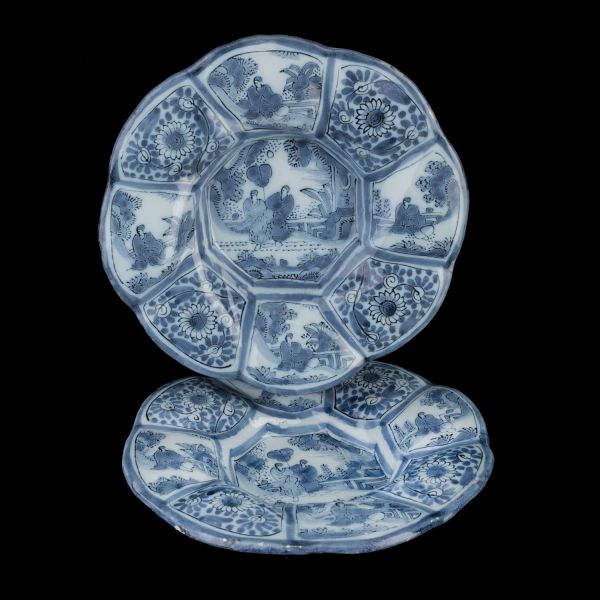 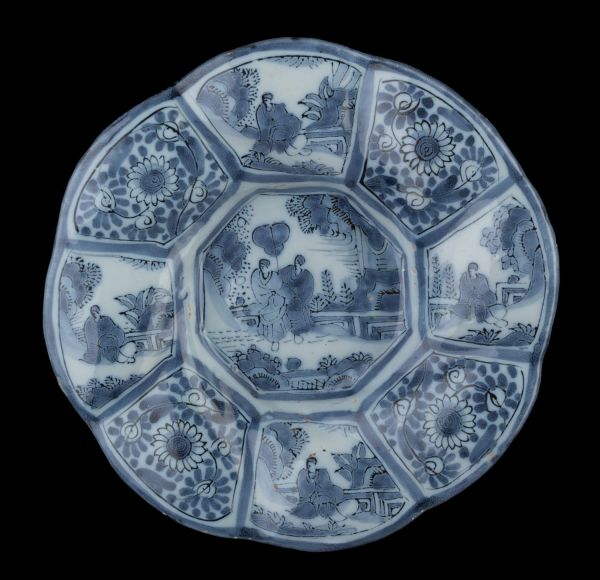 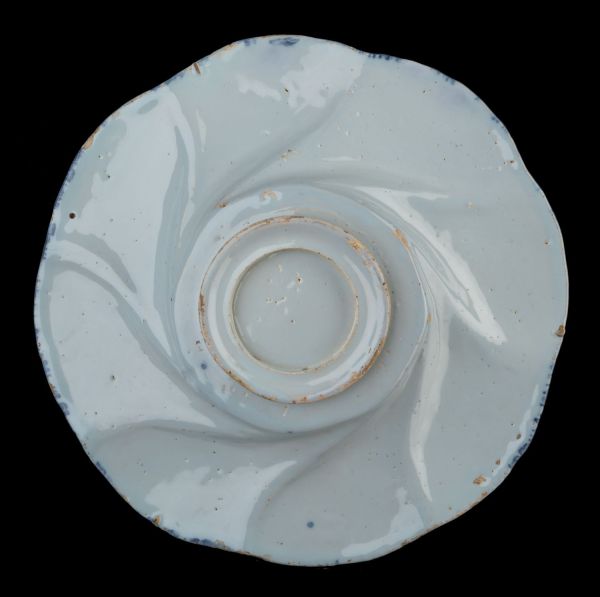 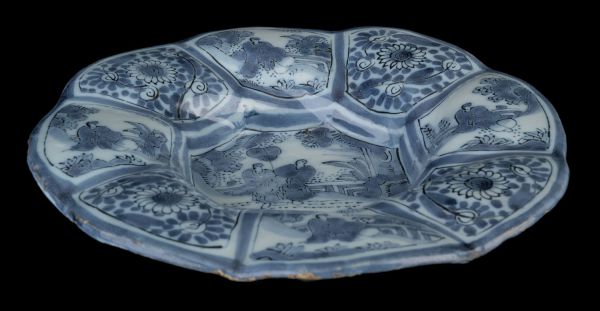 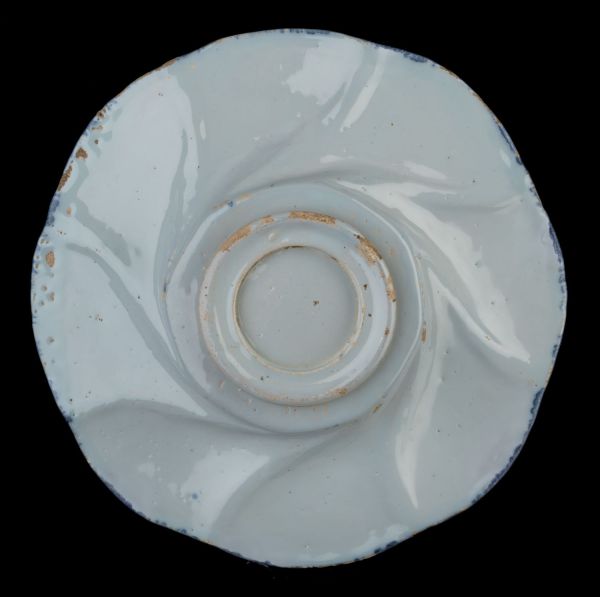 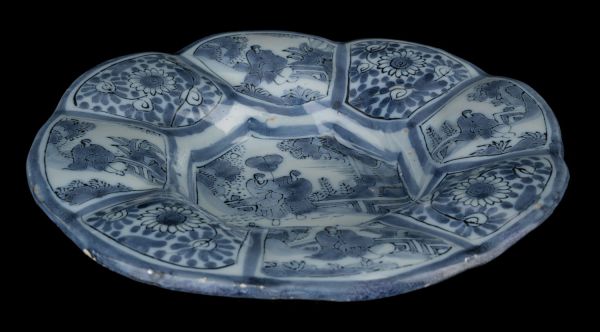 The lobed dishes are composed of eight wide and twisted lobes and are painted in blue with a chinoiserie decor. Two sitting Chinese figures are depicted in an oriental garden-like landscape, framed within an octagon. The eight lobes are alternately decorated with a reclining Chinese figure in an oriental garden-like landscape and a flowering scroll.

Explanatory note
In the second half of the seventeenth century many lobed dishes were painted with Chinese motifs, mostly of landscapes with Chinese figures. The twisted shape of the lobed dishes is rare and derived from silver specimens. The decoration is inspired by Chinese porcelain from the transitional period at the end of the Ming and the start of the Qing dynasty. The porcelain of the last Ming emperor Chongzhen (reigned 1628-1644), the first Qing emperor Shunzi (reigned 1644-1662) and the initial period until 1674 of his successor Kangxi (reigned 1662-1722) may have served as examples for this dish. The transition period in China lasted more than 60 years (1620-1683) and was accompanied by much unrest, conflict and war. The Ming dynasty finally fell in 1644, but it took decades before peace returned to China. For example, the porcelain kilns in Jingdezhen, the main porcelain city in China, were destroyed in 1674.