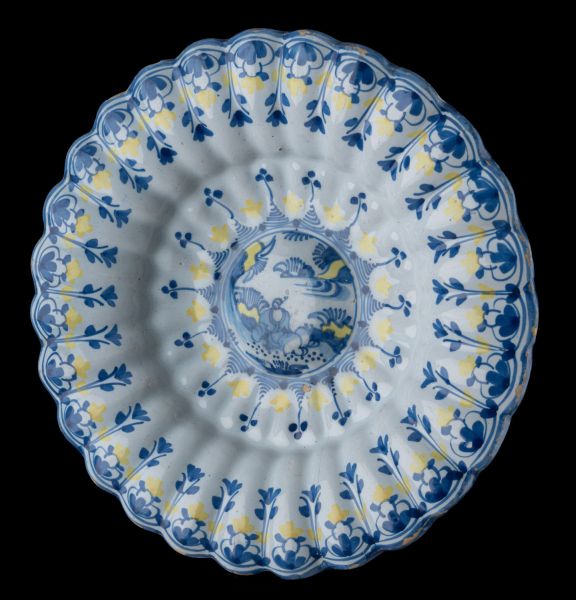 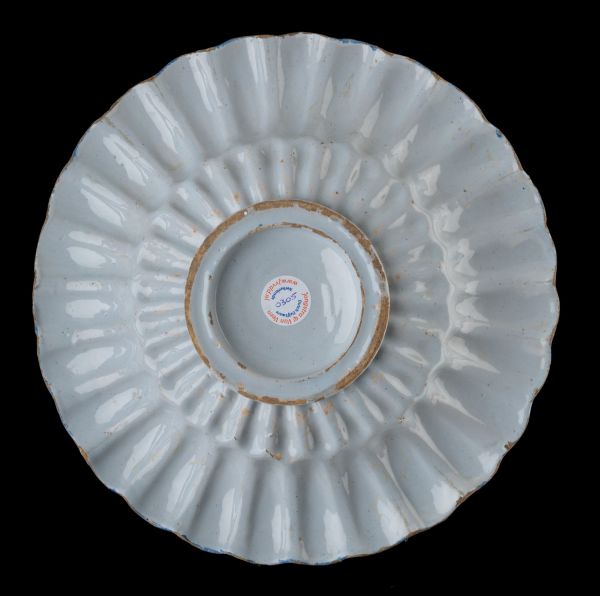 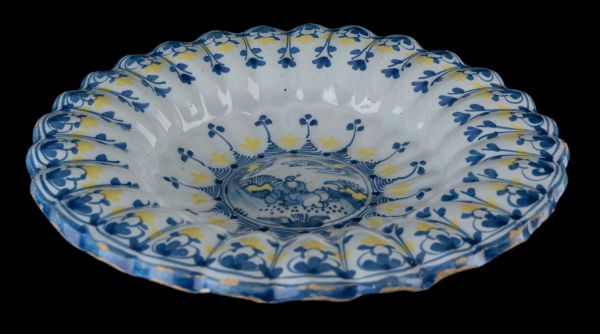 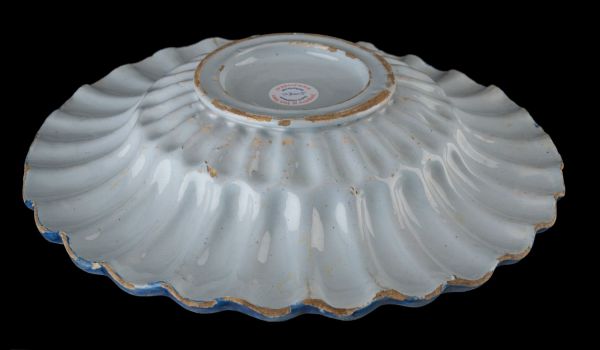 The blue and yellow lobed dish is composed of twenty-seven double lobes around a curved centre. It is painted with a Chinese figure in an oriental landscape, framed in a double circle and a band of ornaments. The border is painted with stylized floral ornaments.

Similar examples
A blue and yellow lobed dish with a putto with the same border decoration is in the collection of Museum Arnhem (AB 8984).

Explanatory note
In the second half of the seventeenth century many lobed dishes were painted with Chinese motifs, mostly of landscapes with Chinese figures. The decoration is inspired by Chinese porcelain from the period of the last Ming emperor Chongzhen (1628-1644). This lobed dish combines an oriental landscape with a border of stylized floral motifs. In addition to oriental landscapes, lobed dishes with this border motif also feature western landscapes, shepherds, fruit, flowers and putti as the central decor. Versions in blue and yellow are rare.

This stylized border motif is possibly based on Portuguese examples. A similar, more naturally rendered border motif was found on a Portuguese lobed dish, excavated in Blokker, a small village in the Dutch province of North Holland (Ostkamp, p. 29, afb. 81). It dates from the second quarter of the seventeenth century and is a little bit earlier than this Dutch one.