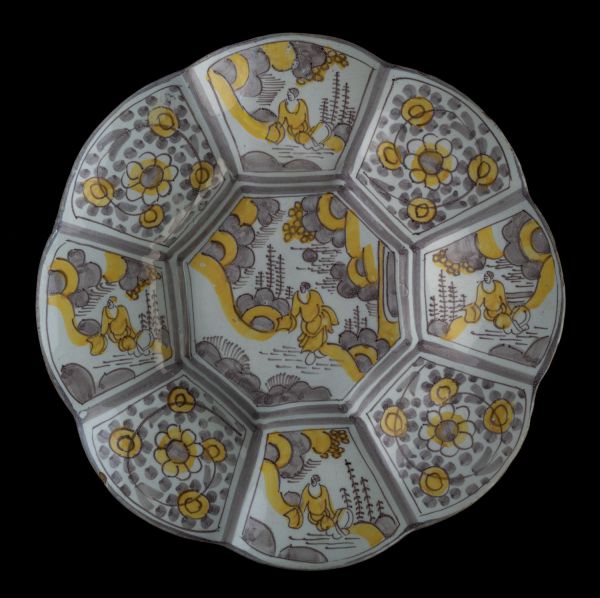 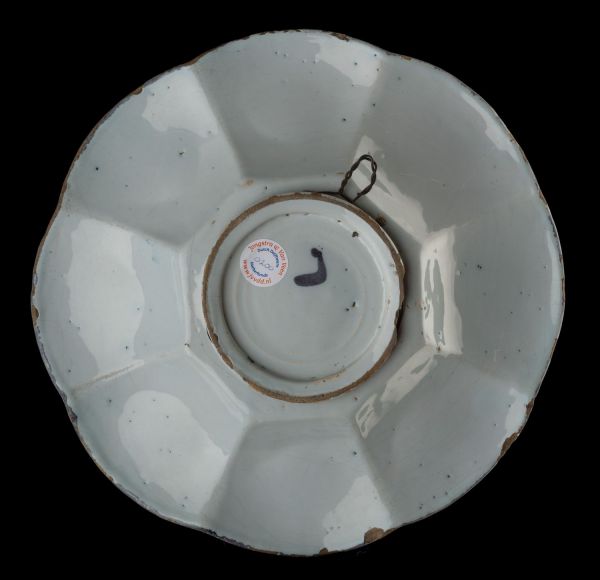 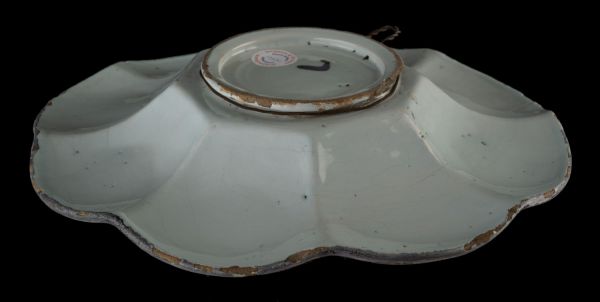 The lobed dish is composed of eight wide lobes and is painted in purple and yellow with a chinoiserie décor. The centre is decorated with a Chinese figure in an oriental landscape framed within an octagon. The eight lobes are alternately decorated with a flowering scroll and a reclining figure in a landscape.

Similar examples
A similar purple and yellow lobed dish with a diameter of 36 cm / 14.17 in. is in the Lavino collection, now part of the Kunstmuseum Den Haag (The Hague Art Museum).

Explanatory note
In the second half of the seventeenth century many lobed dishes were painted with Chinese motifs, mostly of landscapes with Chinese figures. The decoration is inspired by Chinese porcelain from the period of the last Ming emperor Chongzhen (1628-1644).  Two-coloured chinoiserie decorations were fashionable during a short period of time, predominantly in the 1680s. This decor is mainly painted in blue, variations in purple and yellow are rare.