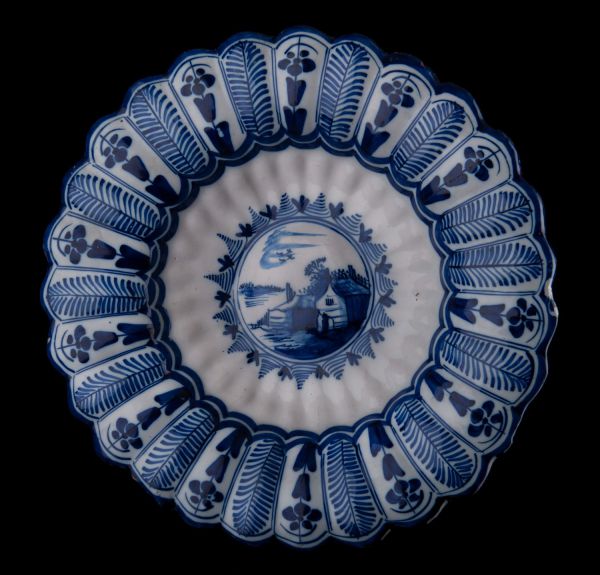 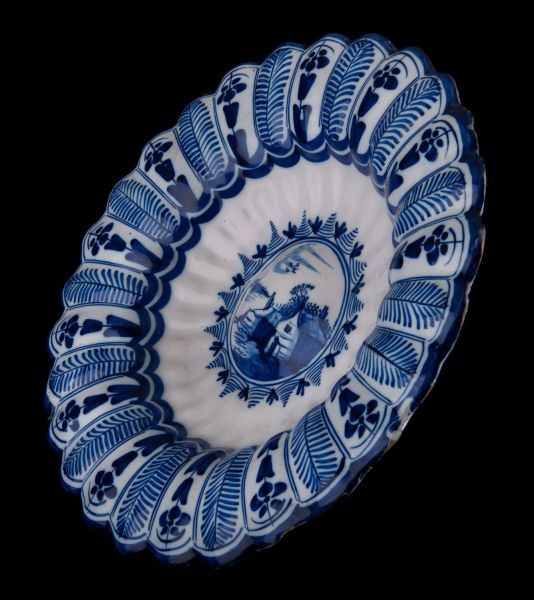 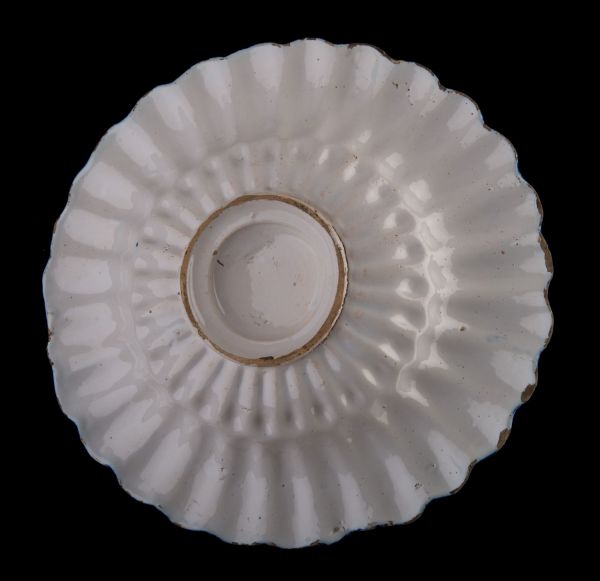 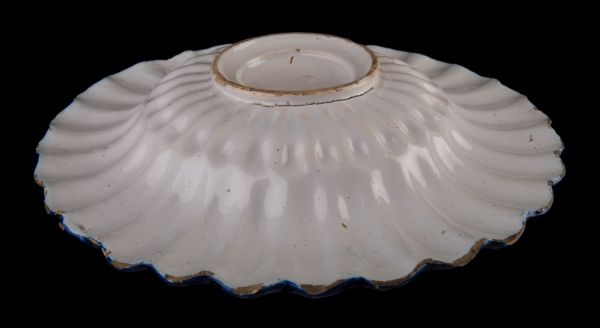 The blue and white dish is composed of twenty-seven double lobes around a curved center. It is painted with a house and barn along the water front within a double circle, framed by a narrow band of stylized ornaments. The border is alternately painted with stylized flowers and branches of leaves.

Explanatory note
This example is part of large group of lobed dishes decorated with landscapes, fruits, flowers, putti and Chinese motifs, mainly executed in blue and white. Besides the stylized, floral border motif, another type with flowers alternated with branches of leaves also occurs. A related group of lobed dishes are those with a manganese powdered ground in the border.  They were all made in the second and third quarter of the seventeenth century. The landscapes painted on the lobed dishes are also depicted on tiles. For that reason, this type of lobed dishes are attributed to tile factories in Harlingen or Rotterdam. Other production centers like Haarlem or even Dordrecht cannot be excluded. However, we can assume that a substantial proportion of these lobed dishes were made in Delft.