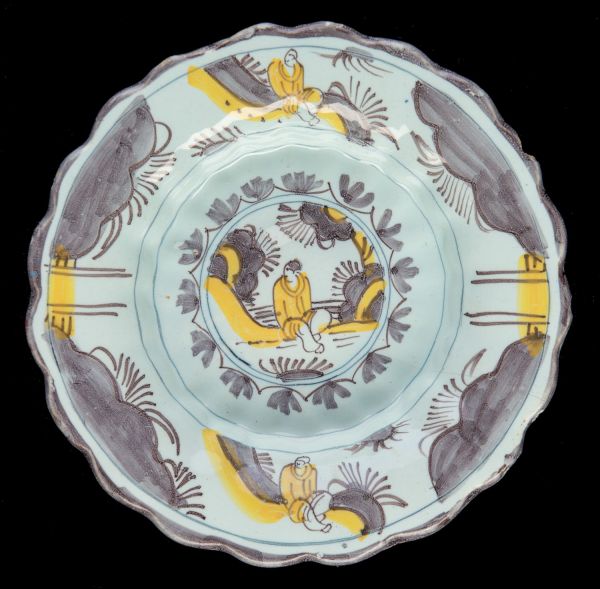 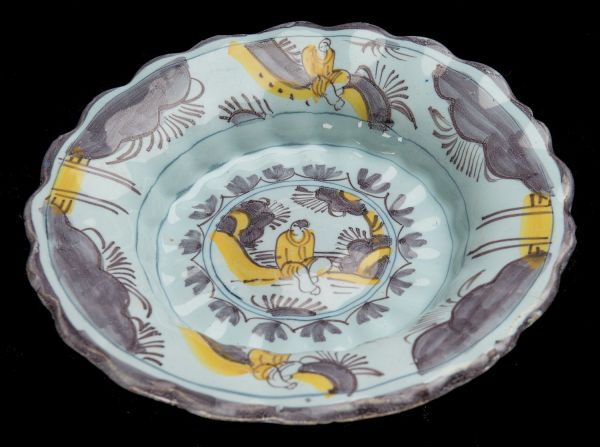 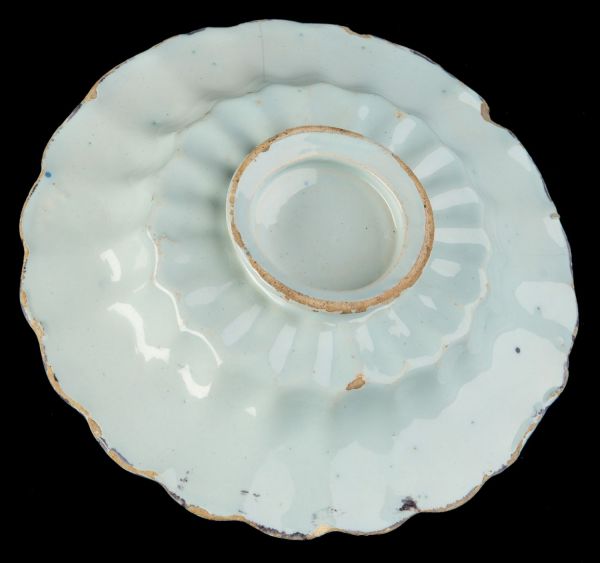 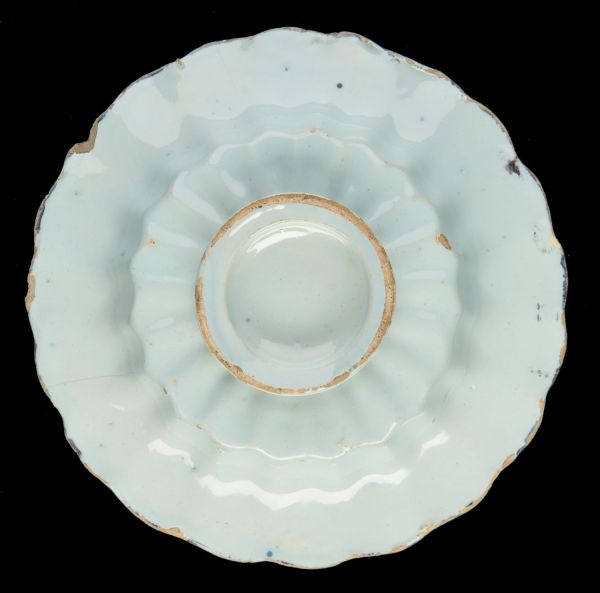 The lobed dish is composed of twenty double lobes and is painted in purple and yellow with a simplified chinoiserie landscape. A sitting Chinese figure is depicted in the curved center framed by a band of purple ornaments. The border is decorated with a continuous landscape with two additional Chinese figures.

Explanatory note
In the last decades of the seventeenth century many lobed dishes were painted with Chinese motifs, mostly landscapes with Chinese figures. These decorations were based on Chinese porcelain from the period of the last Ming emperor Chongzhen (1628-1644). It is not clear if the Delftware potters followed Chinese porcelain: it is also possible that Japanese porcelain from the sixteen-fifties and sixties served as an example. The stylistic similarities between Delftware and Japanese porcelain are striking.
Most lobed dishes were painted in blue, but multi-coloured ones also occur. They are mainly executed in purple and yellow, blue and yellow and sometimes in purple and green. Small-lobed dishes always have the same design. The center is painted with a Chinese figure in a landscape framed by a band of ornaments. The border has a continuous landscape with Chinese figures, the large-lobed dishes have four figures, the small ones two. The space between the center and the border decorations is left white, though sometimes painted with single or double circles. It is striking that multi-coloured lobed dishes with chinoiserie landscapes are attributed to both England and Germany.
It cannot be ruled out that some were actually made in those two countries. However, the majority of this late seventeenth century group was manufactured in the city of Delft, by several of the thirty potteries active there.