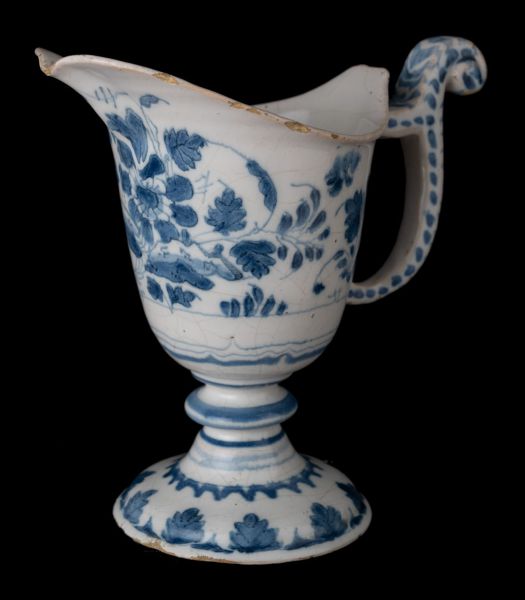 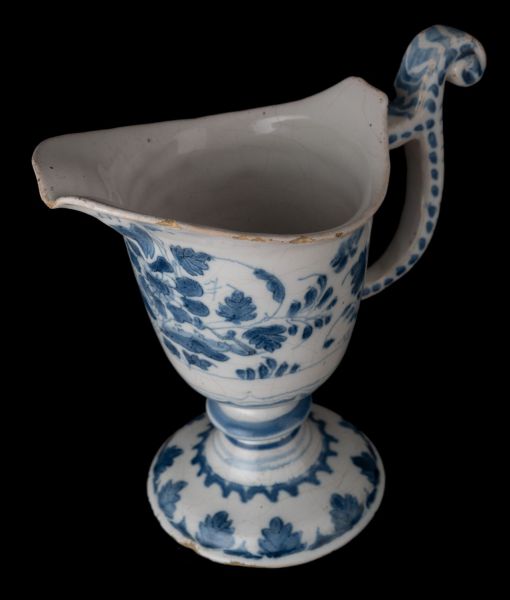 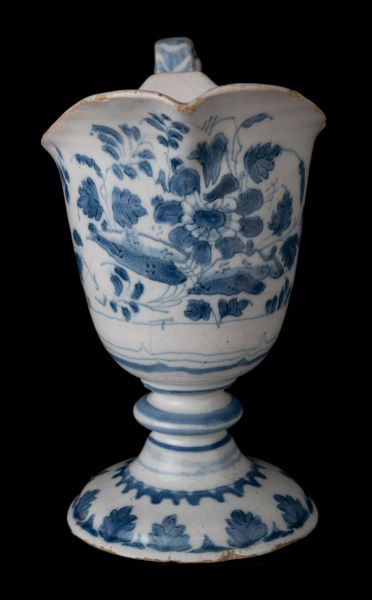 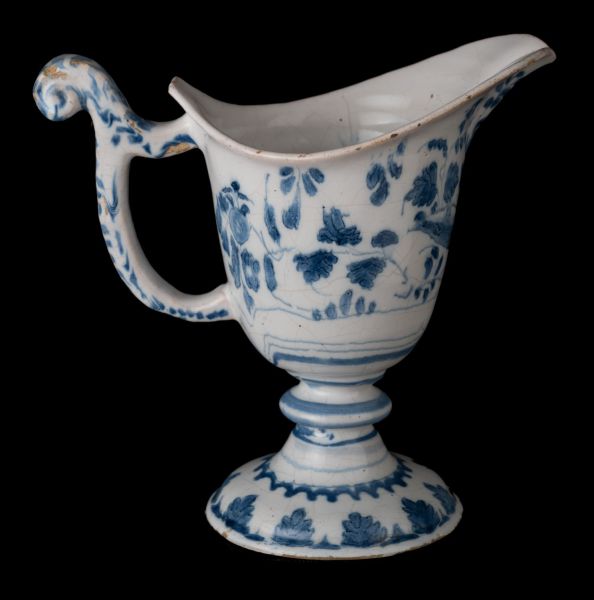 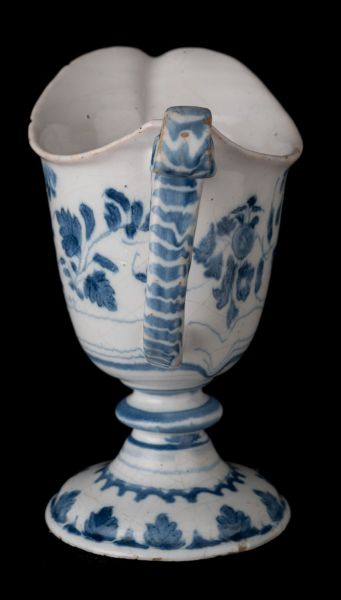 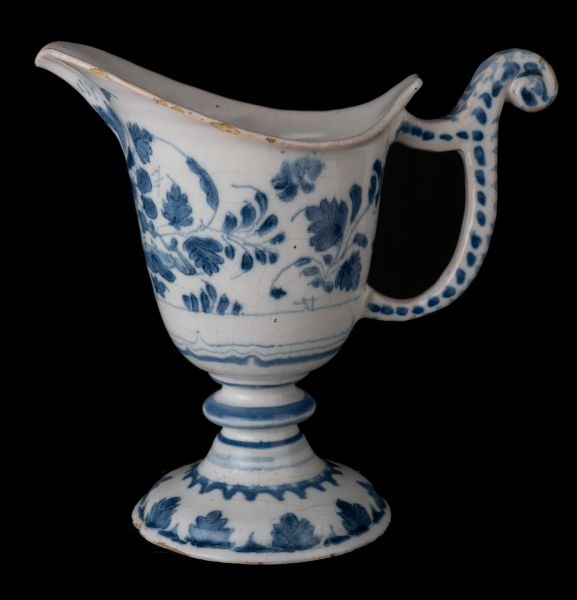 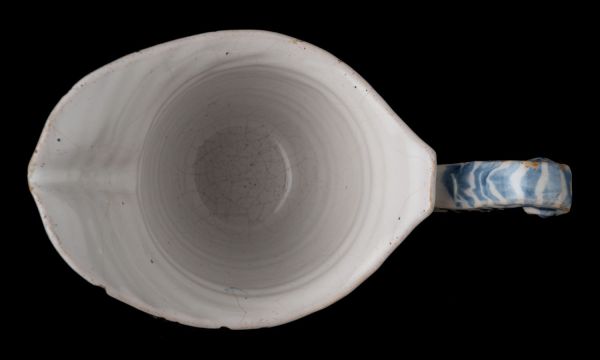 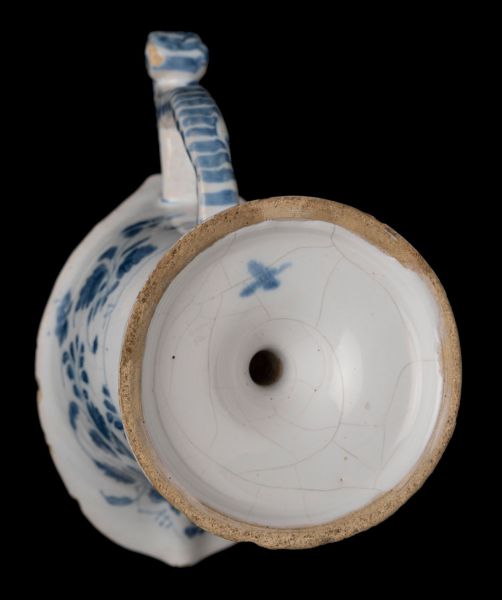 The ewer has a cylindrical, helmet-shaped body with a cantilevered neck that opens into a wide pouring lip. It stands on a high waisted foot. The J-shaped handle ends in a scroll. The ewer is painted with a decor of spacious leaf branches above a white band and lines. A band of leaf ornaments is applied along the foot under a band of demi-circles. The handle is decorated with stripes.

Similar examples
A ribbed ewer on a short foot and a with a slightly different handle from the collection of the Hotel Sandelin museum in St. Omer in Northern France is depicted in Boyazoglu & De Neuville (p. 250, no. 72).

Explanatory note
The model of this helmet-shaped ewer is based on silver specimens. Such pitchers also included a basin. The shape originated in late seventeenth century France and was often made in silver and faience. The sets were used to wash hands during meals. They were arranged on cabinets along the wall. Complete sets are well-known in silver, but not in late seventeenth century Dutch delftware: only single ewers and basins are known. Helmet-shaped pitchers are rare in Delftware.