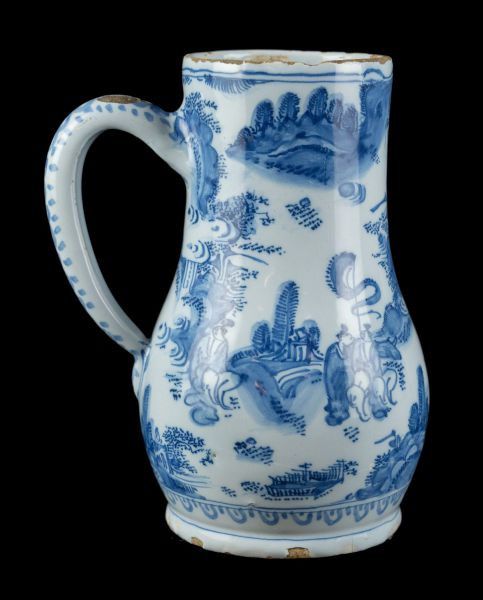 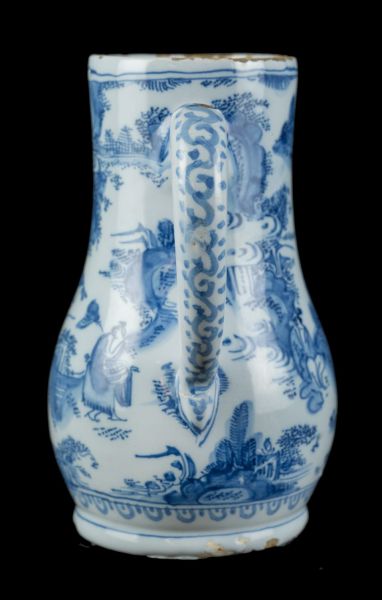 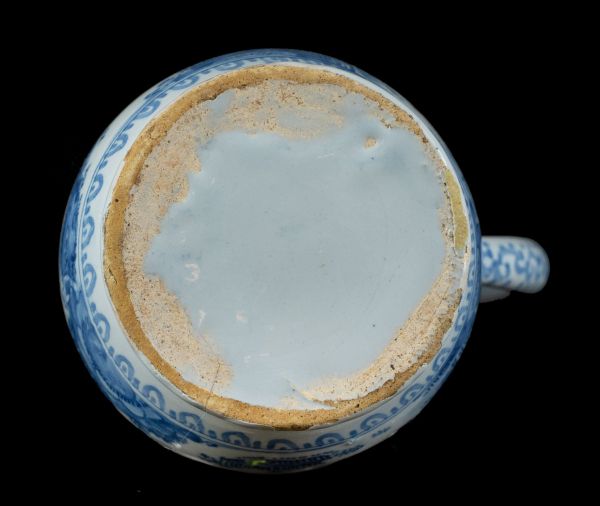 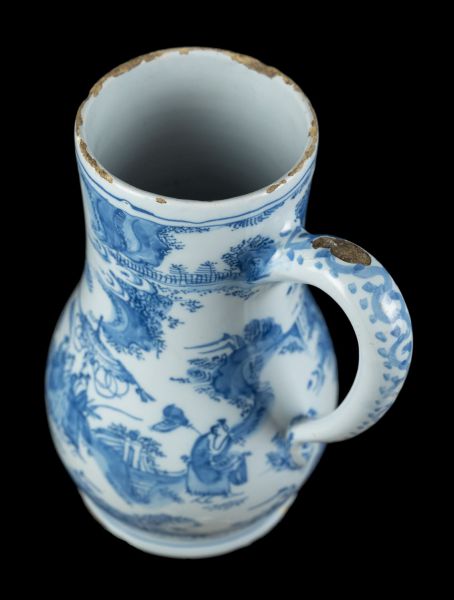 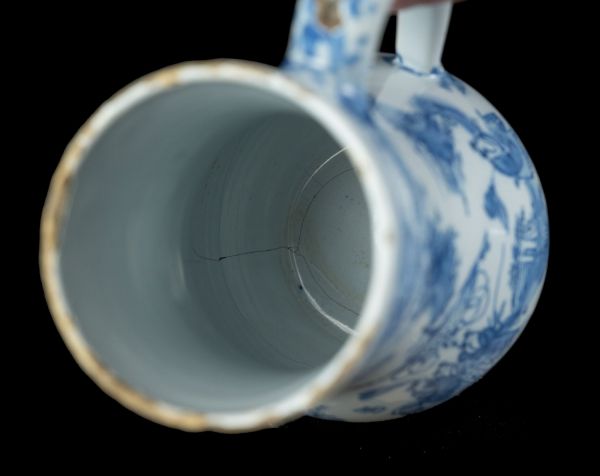 The pear-shaped beer mug stands on a waisted foot and has an ear-shaped handle that ends in a rat tail. It is painted in blue with a continuous oriental landscape with Chinese figures. On the left is a resting man and a little further are two men with a banner. To the right are three men under a parasol, with a servant on either side. A band of ornaments is applied just above the foot. A scroll ornament is painted on the handle. There is a hole in the top for mounting a lid.