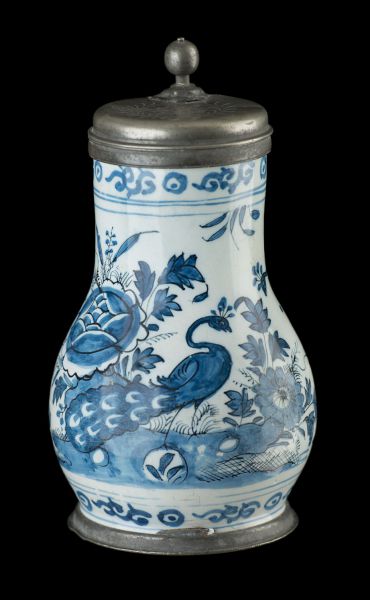 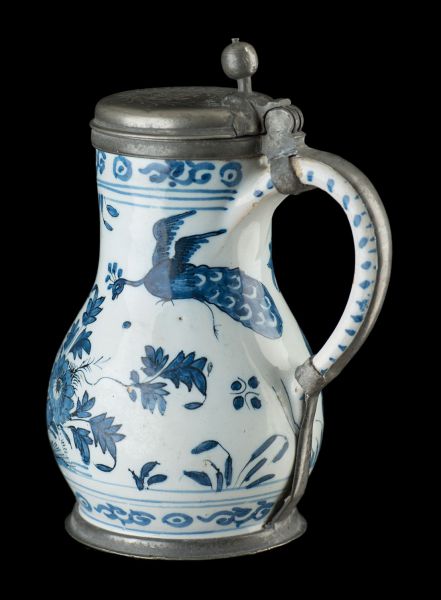 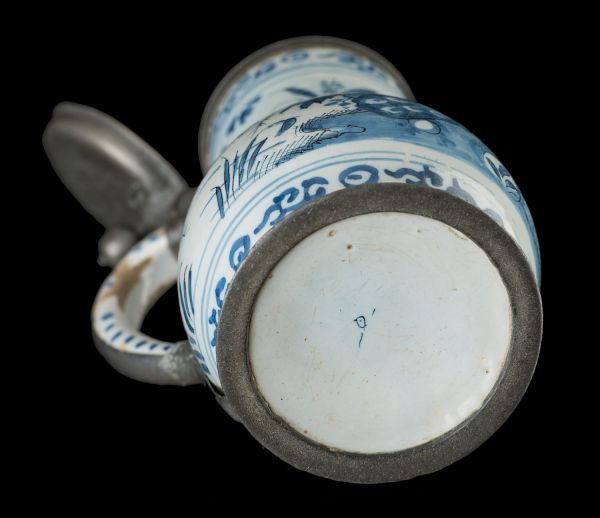 Blue and white beer mug with peacock in garden

The pear-shaped beer mug with pewter lid stands on a short foot and has an ear-shaped handle that ends in a rat tail. It is painted in blue with a continuous landscape with plants, flowers and a peacock. A second peacock and a bird fly in the sky. The representation is bordered at the top and bottom by lines and bands with scroll ornaments and point circles. Short stripes are applied to the sides of the handle. The flat-round lid is connected to the handle with a two-jaw hinge, and has a spherical thumb rest. A wreath is engraved on the lid with the initials ER and the year 1700 in between. The foot of the beer mug is set in a pewter foot ring. Lid and foot ring are connected by a bracket that extends over the entire handle. The lid is possibly a later replacement.