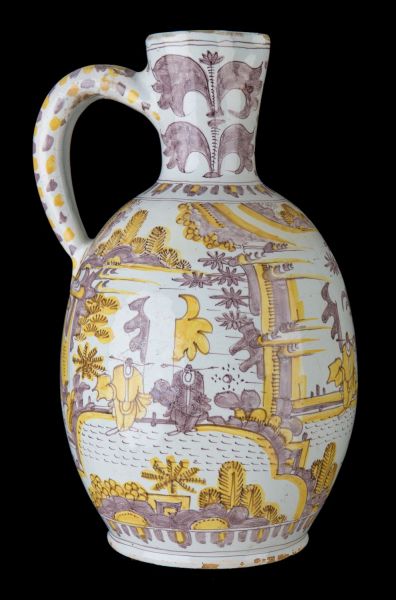 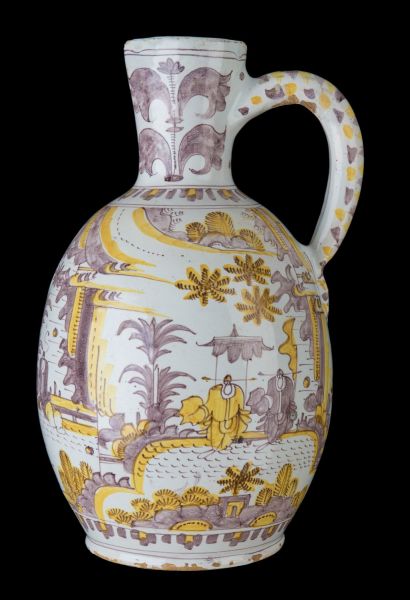 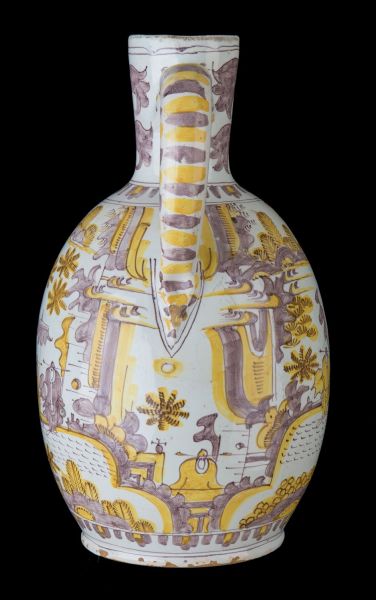 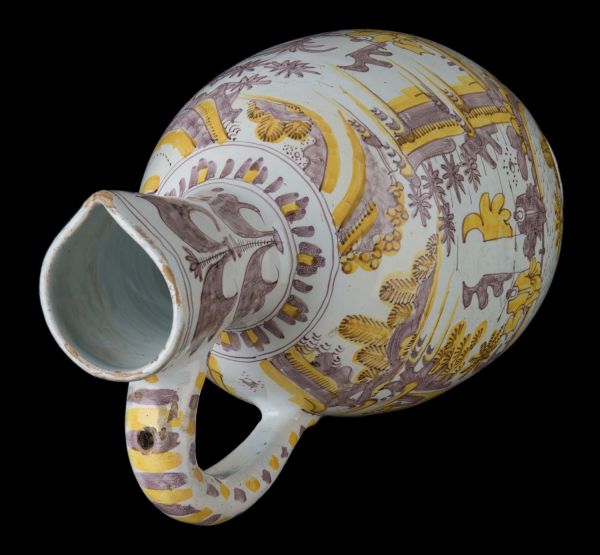 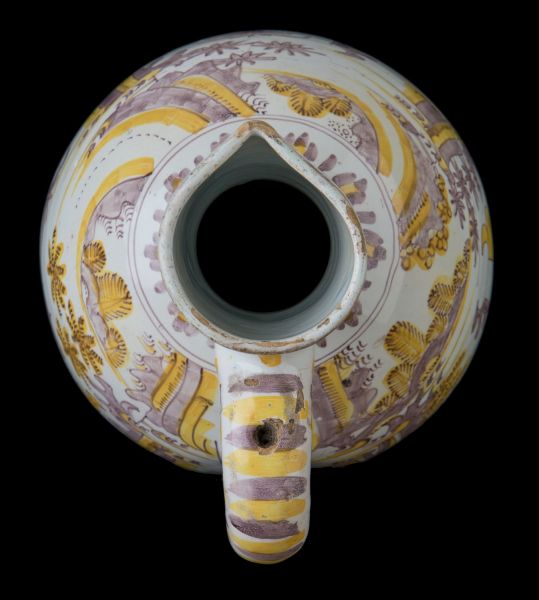 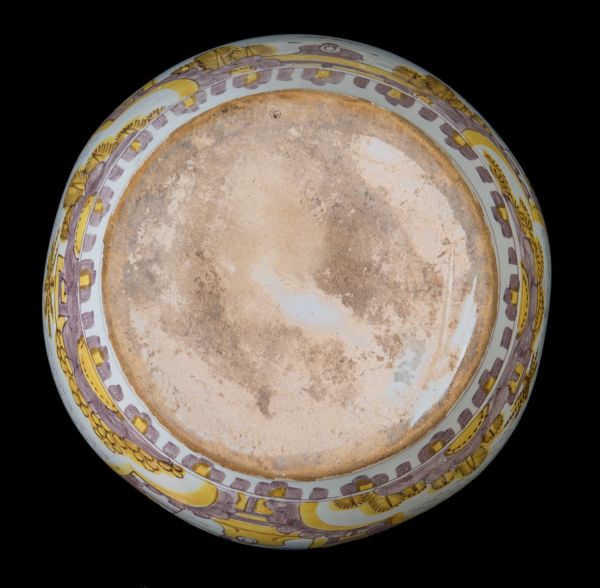 The ovoid jug stands on a lightly spreading foot and has a tapered neck with spout. The top of the handle is pierced for a metal mount. The jug is painted in purple and yellow with a continuous chinoiserie landscape with Chinese figures. Bands with rectangular ornaments between double circles are applied on the shoulder and just above the foot. The neck is painted with a double leaf motif. The handle is decorated with stripes and dots, alternately applied in purlple and yellow.

Condition: one side of the spout restored, retouched glaze loss to the inner upper side of the handle, rim chips

Explanatory note
Purple or multi-coloured Delftware with chinoiserie landscapes are relatively rare, though versions in blue and purple, blue and yellow, green and purple are known, as well as three colour combinations like purple, yellow and green. A butter pot in this last colour combination was excavated from a cesspit in the grounds of the former Porcelain Bottle pottery in Delft. Multi-coloured chinoiserie decorations are painted especially on lobed dishes and also on beer mugs, covered spiced wine bowls and small plates. A purple, yellow and green painted beer mug in the Princessehof Ceramics Museum in Leeuwarden, The Netherlands, combines a chinoiserie landscape with a depiction of stadtholder prins Willem III, the later King William of England (Jongstra, p. 19).
Chinese figures in a landscape are frequently painted on blue and white Delftware like jugs, vases and pots. Together with imitations of kraak porcelain, chinoiserie landscapes were the most popular decorations on Dutch delftware in the second half of the seventeenth century. They are based on Chinese porcelain from the period of the last Ming emperor Chongzhen (1628-1644). It is not clear if the Delftware potters followed Chinese porcelain. It is also possible that Japanese porcelain from the sixteen-fifties and sixties served as an example. The stylistic similarities between Delftware and Japanese porcelain are striking.