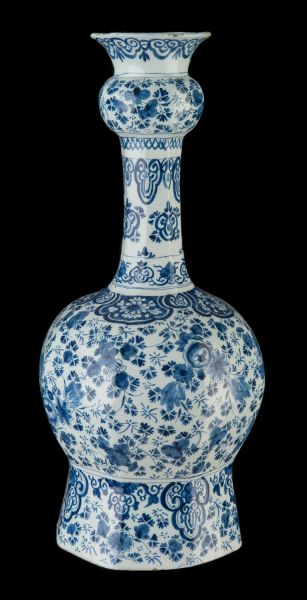 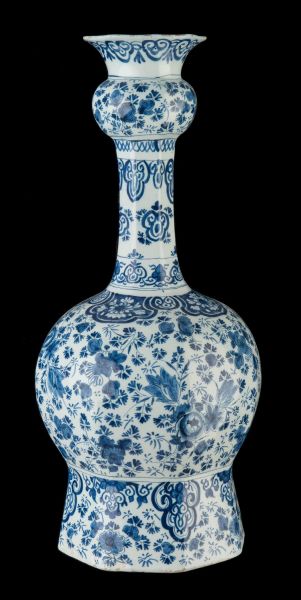 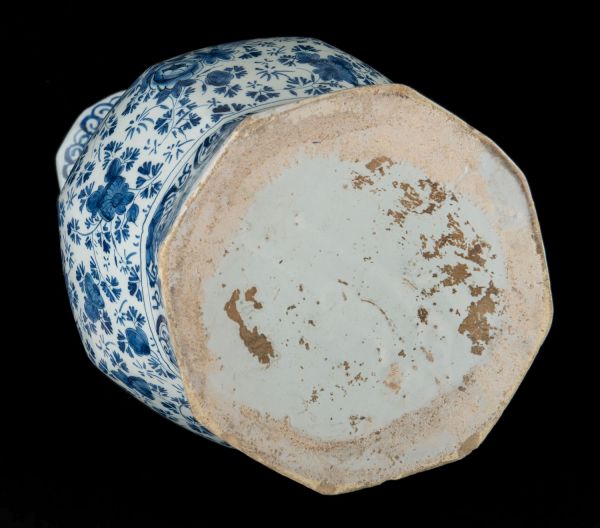 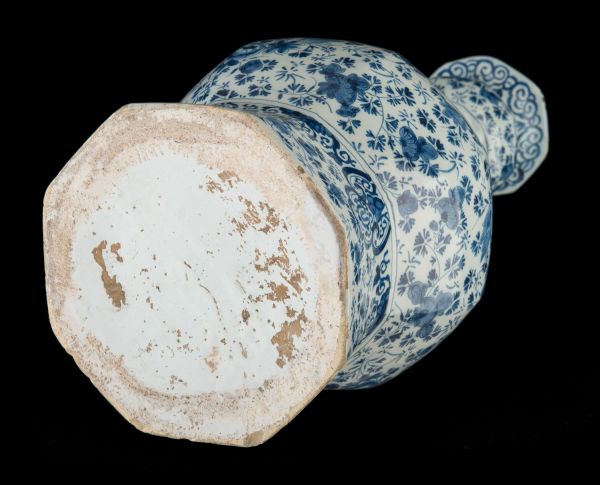 The octagonal bottle vase stands on a wide, spreading foot with a tall garlic neck over a spherical body ending in a trumpet-shaped mouth. It is painted in blue with floral motifs and ornaments. Around the body the vase is painted with a dense floral decoration, bordered on the shoulder by a band with four panels, each filled with a flower on a blue ground. The neck and mouth are decorated with ornaments, the spherical bulb with the dense floral decoration. The foot is also painted with this same decoration under a double line with ornamental panels alternating with demi-flowers with scrollwork.

Similar examples
A similar garlic-head vase is in the collection of the Wavel Royal Castle in Krakow, Poland (Piątkiewicz-Dereniowa, pp. 74-75, nr. 16). The same collection has a three piece Dutch Delftware garniture with a dense floral parsley decoration (idem, pp. 62-63, nr. 10).

Explanatory note
Dense floral decorations whereby the motifs are distributed equally over the surface, became hugely popular at the end of the seventeenth century. They are applied on a wide range of Delftware objects and are known as millefleur or parsley decorations. The latter name is derived from the triangular leaves which are quite similar to parsley leaves. After about 1725 these decorations became old-fashioned. Vases and garnitures are amongst the items most frequently painted with this decoration, often applied on larger examples such as this vase. They were put on top of cupboards, tables and chests, or in the summer to decorate the unused fireplace. This kind of Delftware was also very sought after abroad, such as in Poland and especially in Gdańsk (Danzig) where they were placed on cupboards and tables in the main entrance halls of the residences of the wealthy.