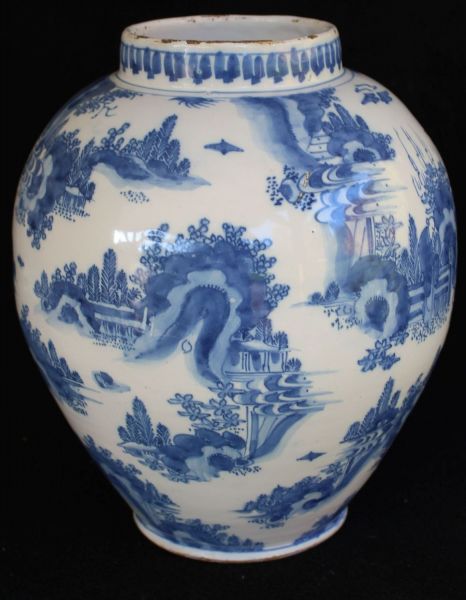 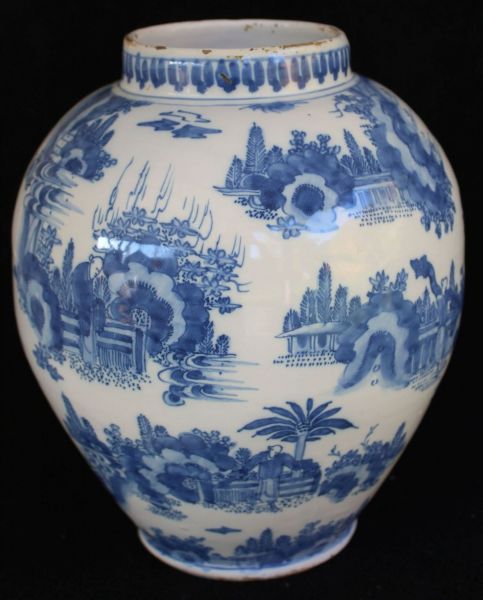 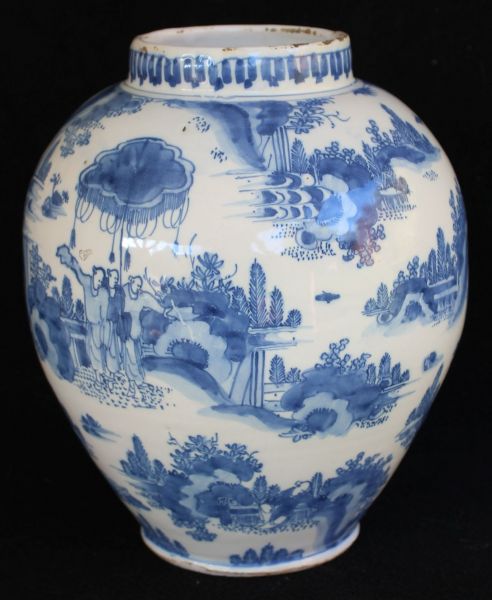 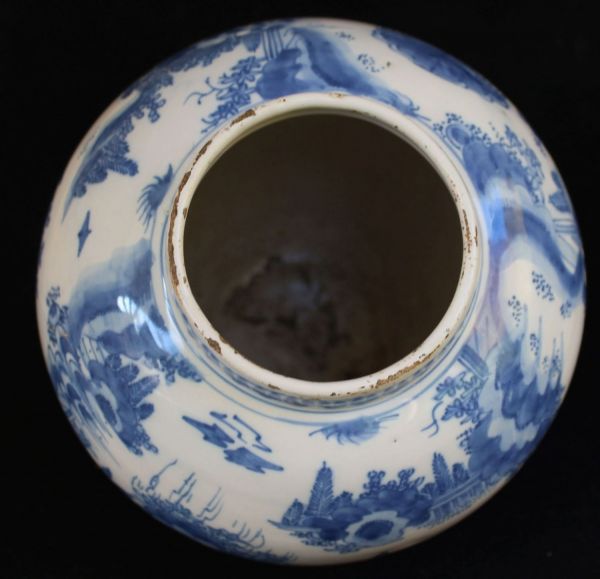 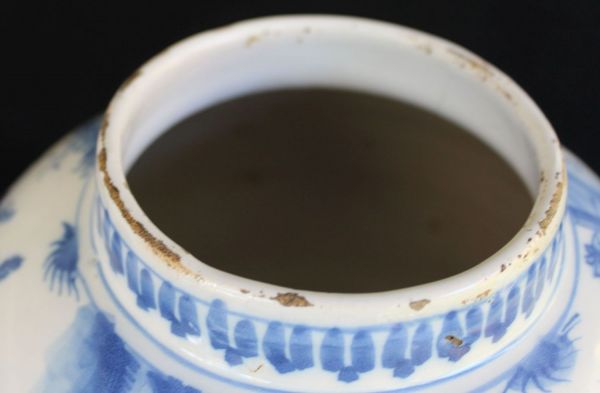 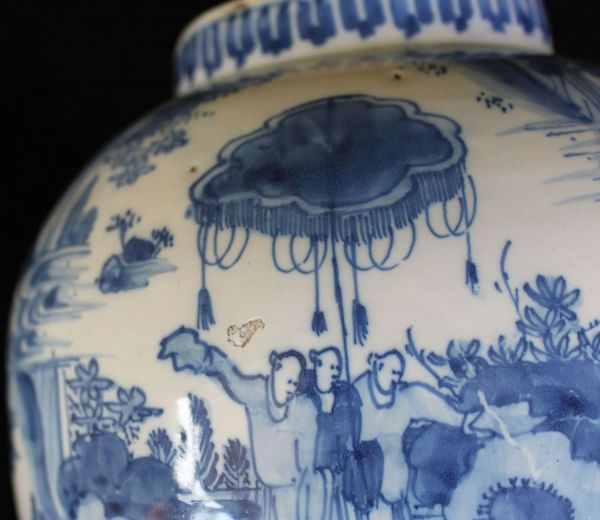 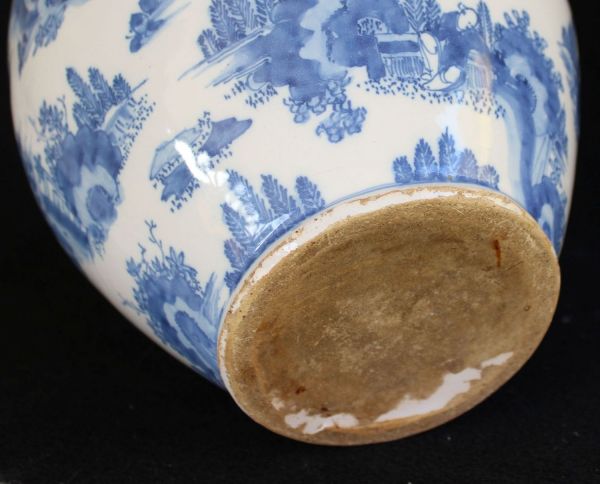 The ovoid jar has a lightly spreading foot and a short, straight upright neck. The jar is painted in blue with a continuous chinoiserie landscape with Chinese figures. The neck is decorated with a band of rectangular ornaments. The decoration is inspired by Chinese porcelain from the period of the last Ming emperor Chongzhen (1628-1644).

Condition: wear to upper and bottom rim, chip to neck.

Similar examples
A comparable covered jar with a chinoiserie landscape in the Rijksmuseum Amsterdam is depicted in Van Dam (p. 36). The same kind of pot was in the collection of dr. Günther Grethe (Aronson 2004, p. 10, img. 4). Another example (inventory number AB 8317) collected by baron Van Verschuer is preserved in the Museum Arnhem (Duysters, p. 16, afb. 19). The landscape on this latter pot is not continuous but framed within large panels. A similar pot is depicted in a still-life painting by the Delft painter Cornelis de Man (1621-1706), which is in the collection of the Historisches Museum of Frankfurt.

Explanatory note
Early Dutch delftware (1660-1680) with chinoiserie decorations was for a very long time wrongly attributed to German production centers. Jan Daan van Dam, the previous curator of ceramics at the Rijksmuseum Amsterdam, in his book Delffse Porceleyne (pp. 37, 39) stated: ‘Much of the faience  preserved in Germany with a decoration derived from Chinese porcelain was, from about 1920, attributed by German art historians to the faience factory in Frankfurt. In reality, though, this faience was made in Delft, partly as an export product for German courts. On statistical grounds alone, a substantial, technically excellent and varied production was impossible in Frankfurt: one factory with around 30 employees could obviously never have made more than over 20 [Delft] factories with around 1500 employees.’