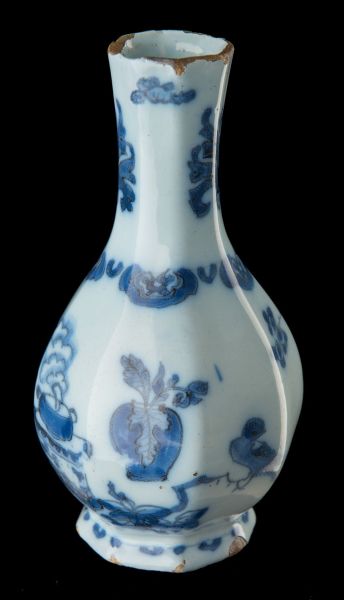 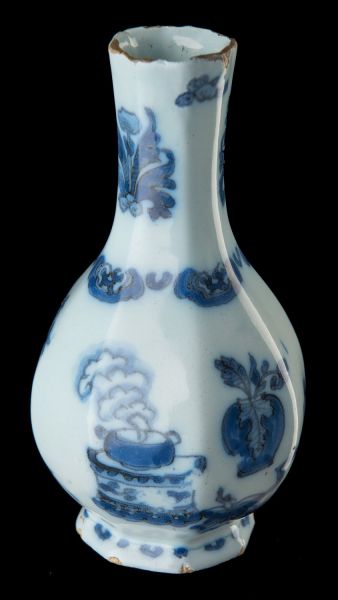 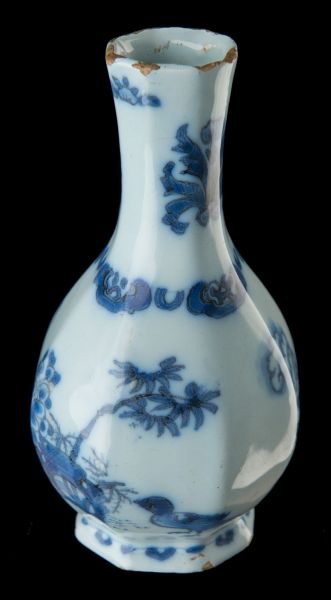 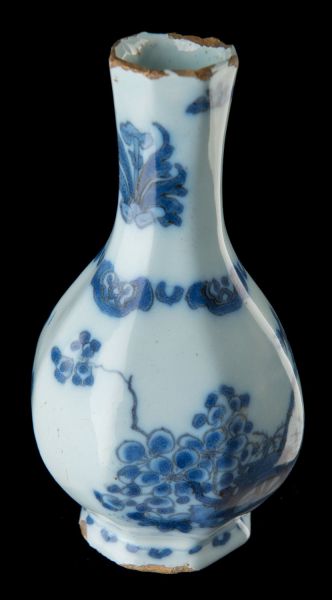 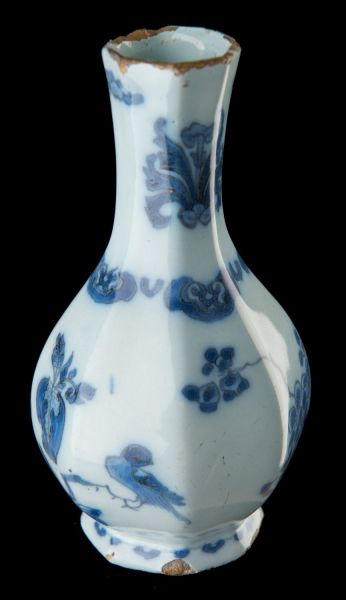 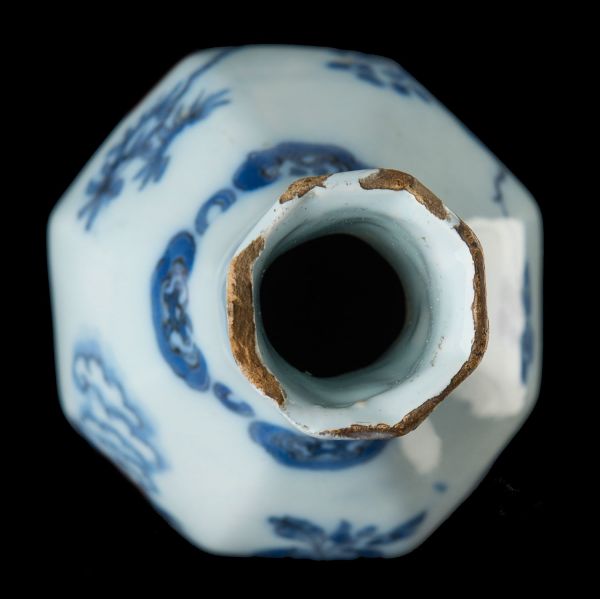 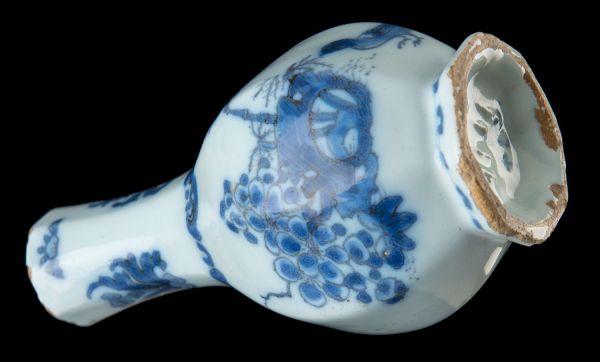 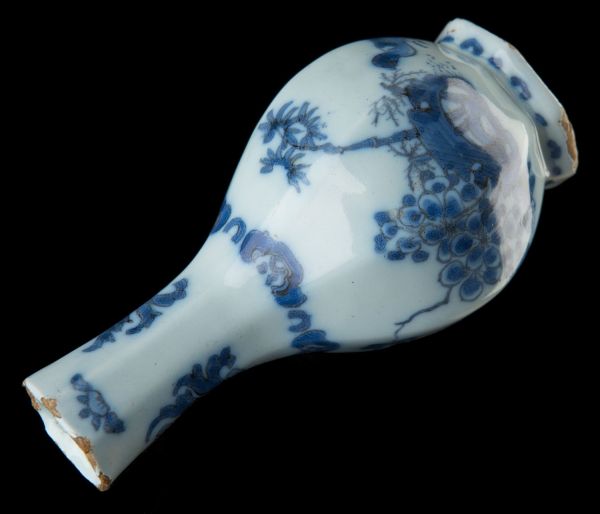 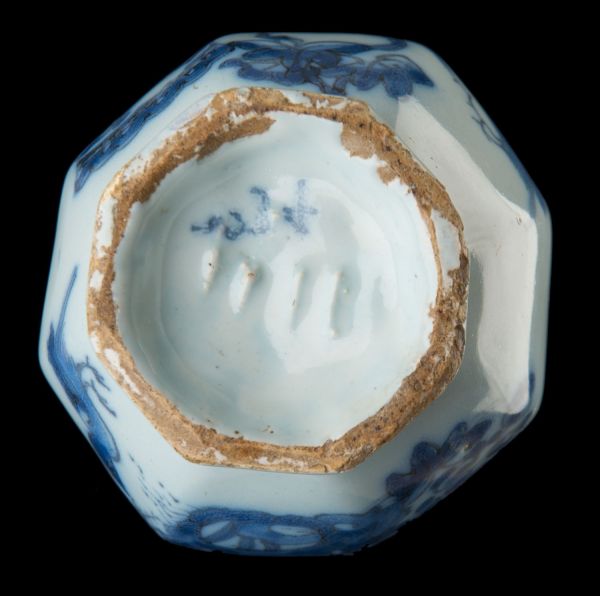 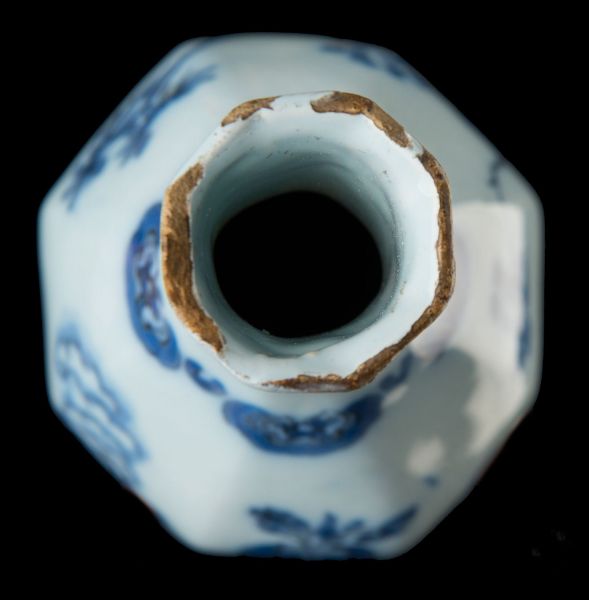 The bottle vase has an octagonal body with a flaring neck, standing on a waisted foot. The chinoiserie decoration is executed with purple outlining. A smoking incense burner stands on a low drum-shaped table, next to a baluster vase with flowers. Bamboo and other plants issuing from rocks, a bird is sitting on a branch and another one stands on the ground. The shoulder and foot are each decorated with a band of ornaments. The neck is painted with two stylized tulips and two small floral motifs. The decoration is inspired by Chinese porcelain from the period of the last Ming emperor Chongzhen (1628-1644).

Explanatory note
The Metal Pot pottery was one of the most important ones in Delft, producing a wide range of first class Delfware products. That can be concluded from the company’s stock inventory in 1691, made up after Lambertus Cleffius’ death. A substantial part of the faience was painted with elaborate chinoiserie motifs such as landscapes with Chinese figures, flowers and plants and ‘Eastern antiques’ like incense burners.