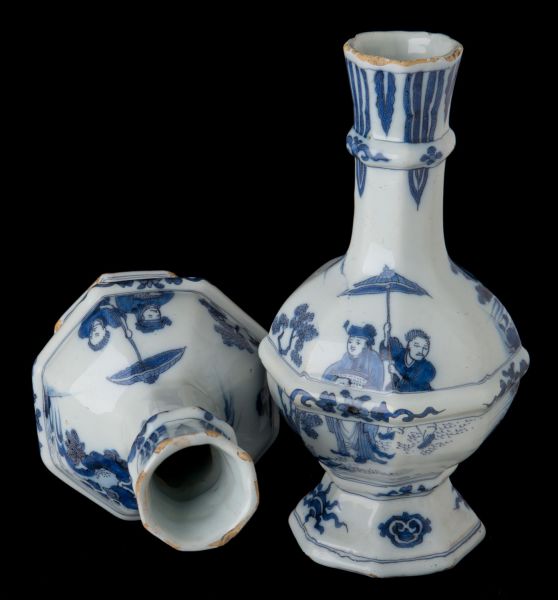 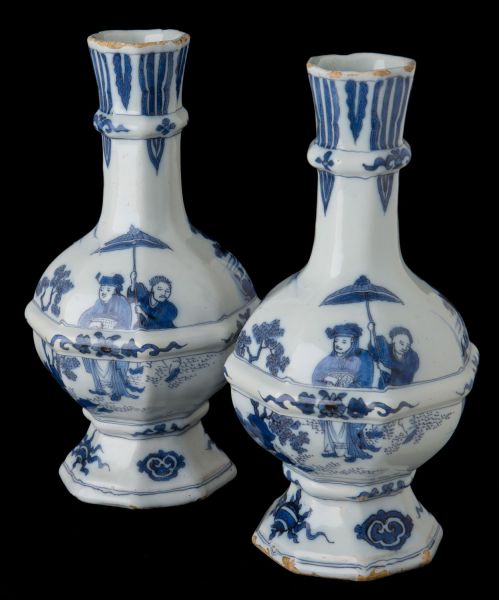 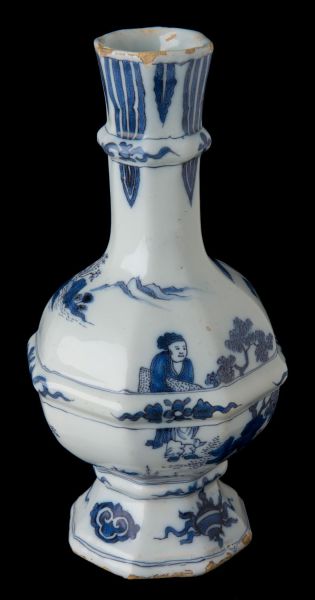 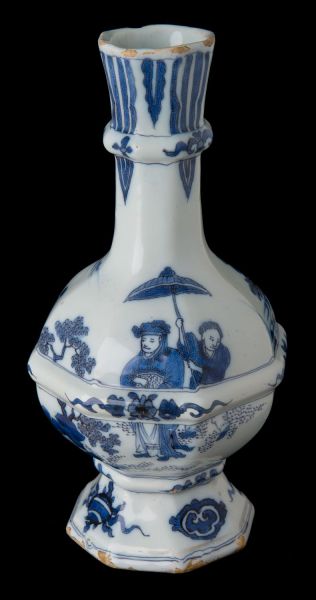 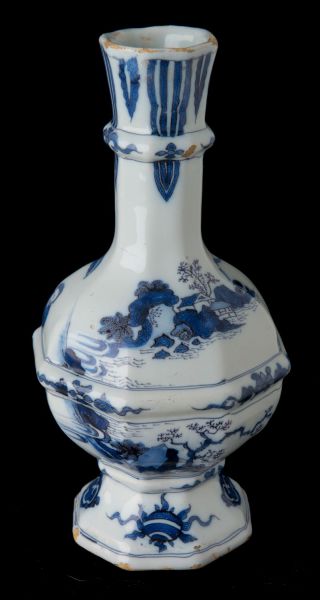 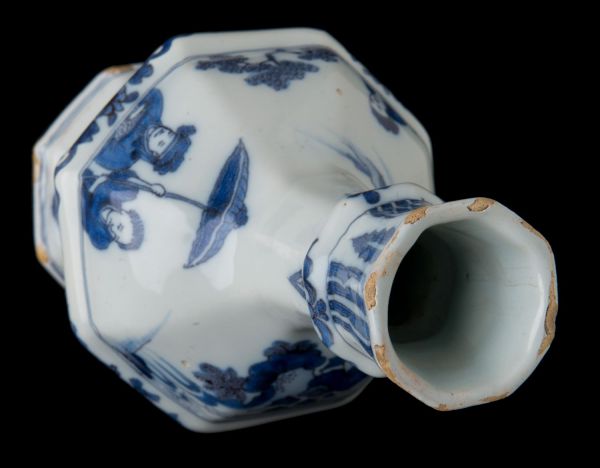 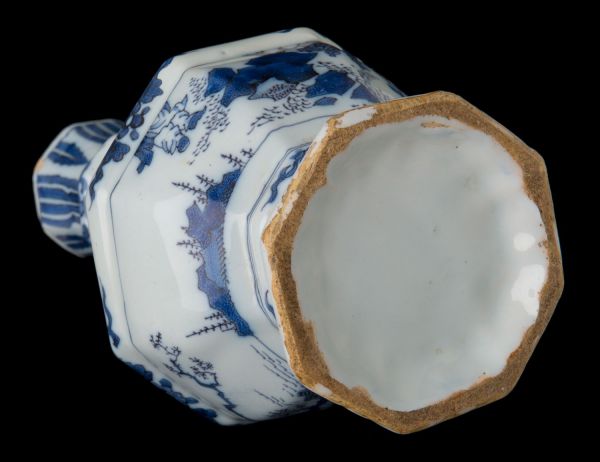 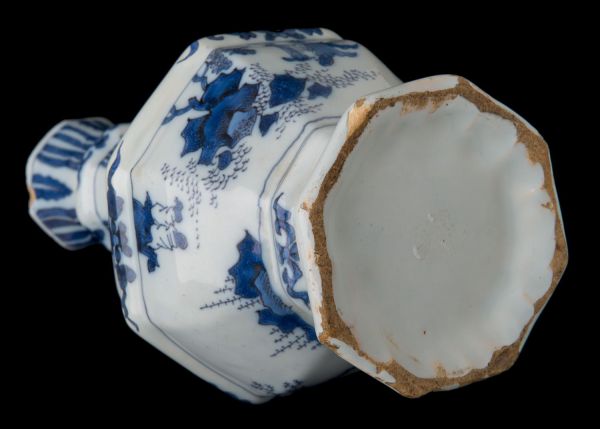 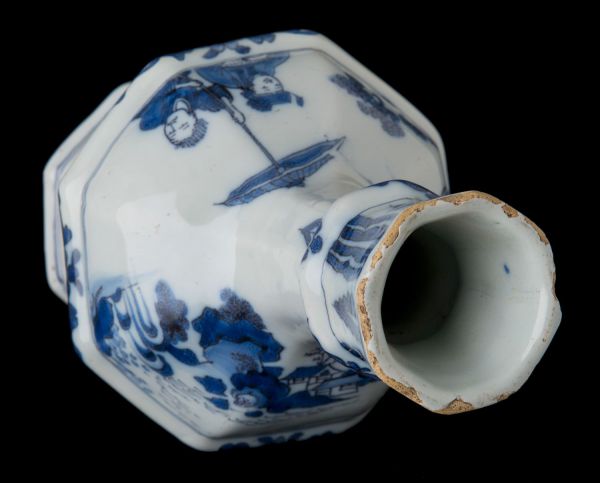 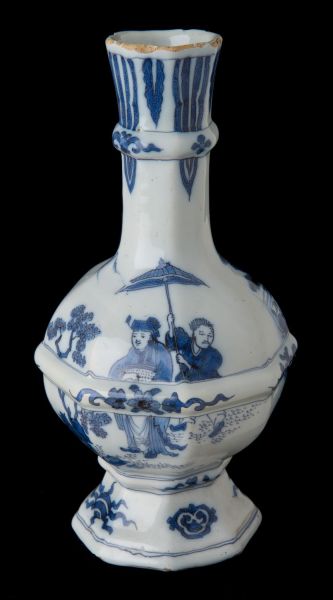 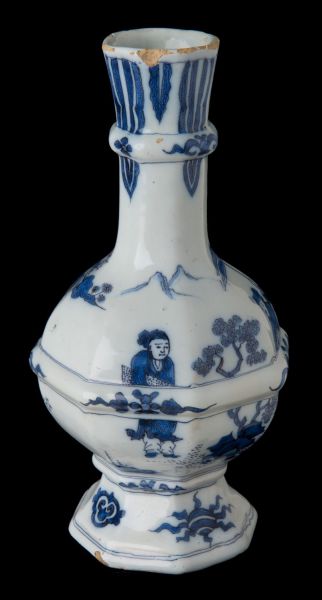 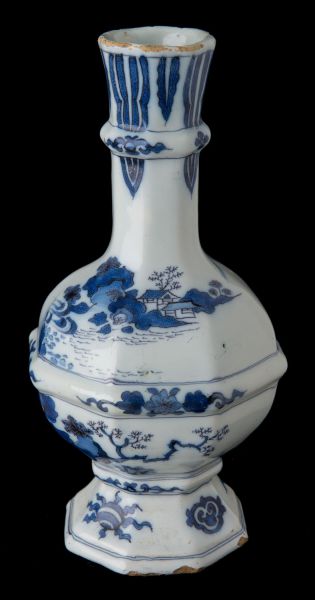 These octagonal bottle vases have a spreading neck and stand on a waisted foot. Three thick bands are modelled in relief at the neck, belly and just above the foot. The vases are painted with a continuous  landscape with Chinese figures, among them a dignitary and his servant. The decoration is inspired by Chinese porcelain from the period of the last Ming emperor Chongzhen (1628-1644). The neck is decorated with stylized alternately long and short banana leaves. The foot is painted with Ryu motifs and flaming pearls, symbols of Chinese mythology. The three bands are decorated with flowers and foliate.

Condition: chips to upper rims and feet, some glaze losses to the bands around the body, some glaze chips.

Explanatory note
Between 1660 and 1700 the Delftware potteries created many new and special shapes, in particular vases, jars and pots. Chinese porcelain was an inexhaustible source of inspiration for the potters. But also Western shapes in other materials – such as silver jugs – served as an example. The newly created shapes were largely painted with oriental motifs, sometimes in combination with Western-style elements. From surviving marked delftware from this period we know that the Greek A and Metal Pot potteries played a key role in this development. This set of bottle vases is an example of these new creations, no other set is known.