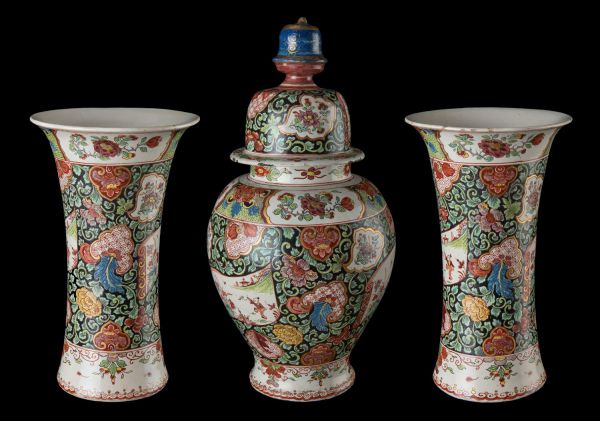 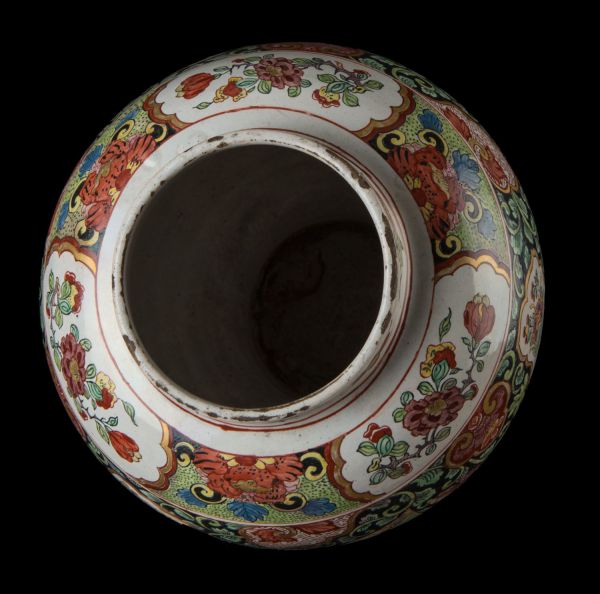 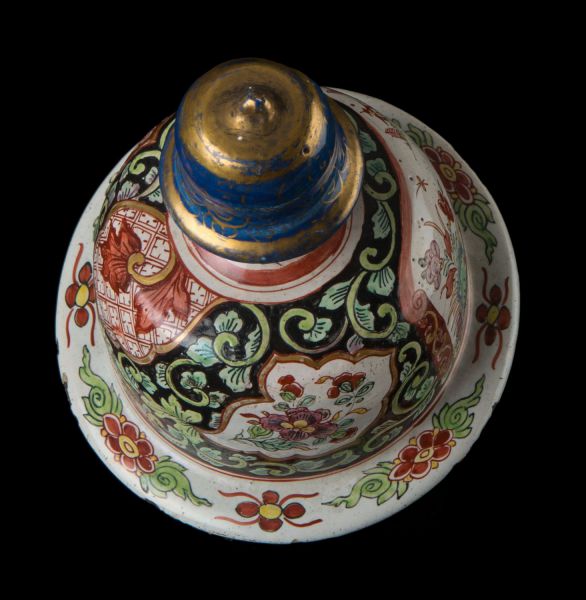 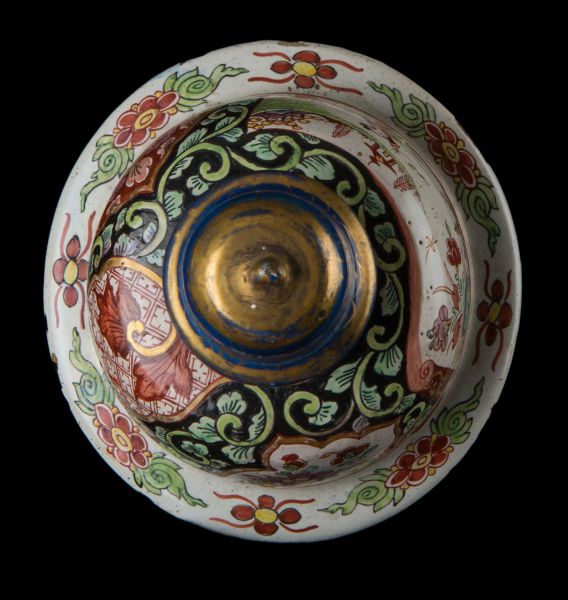 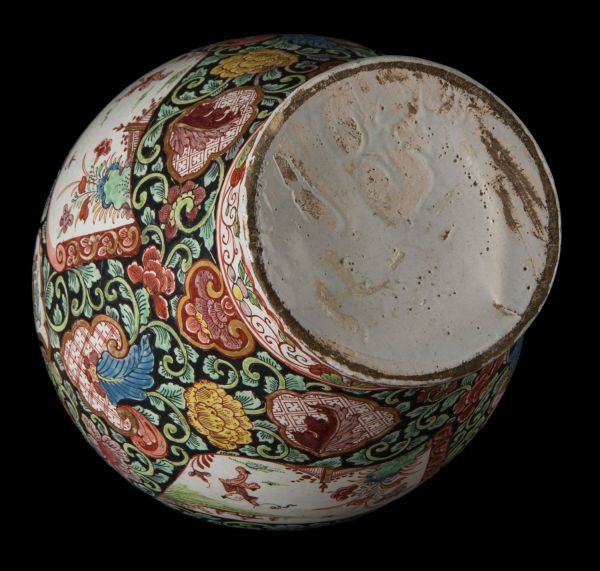 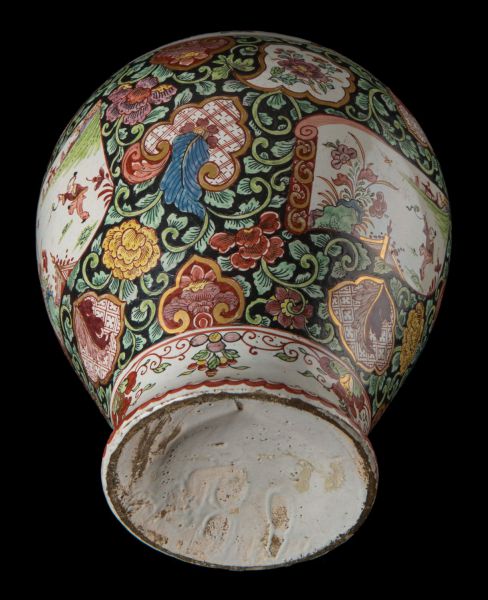 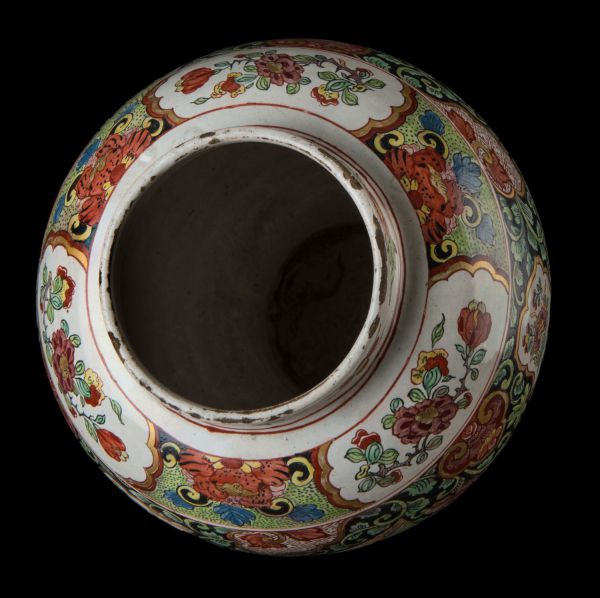 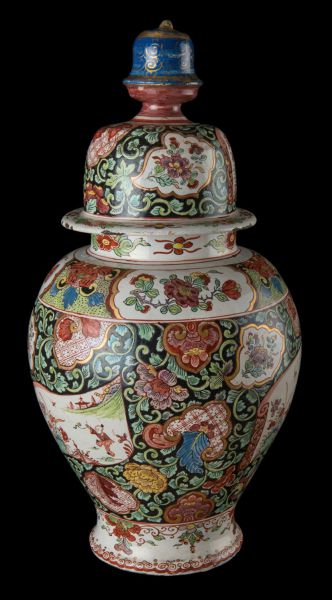 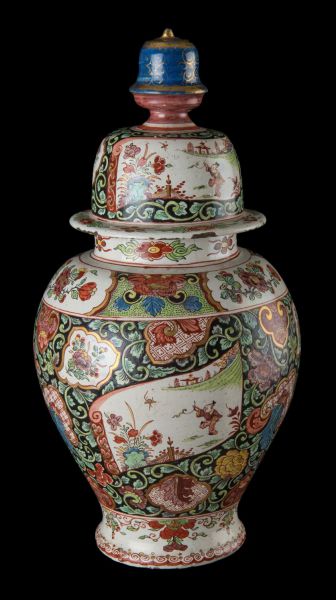 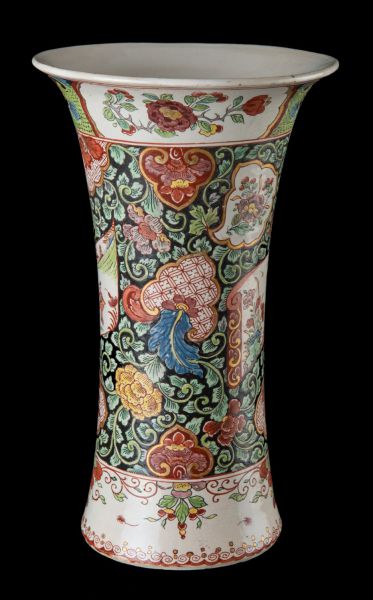 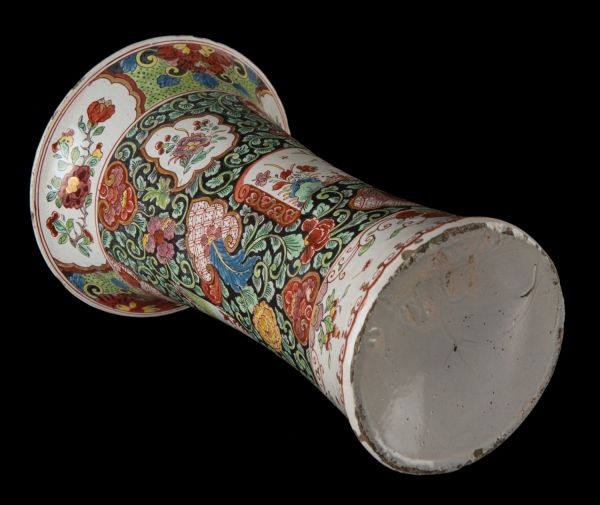 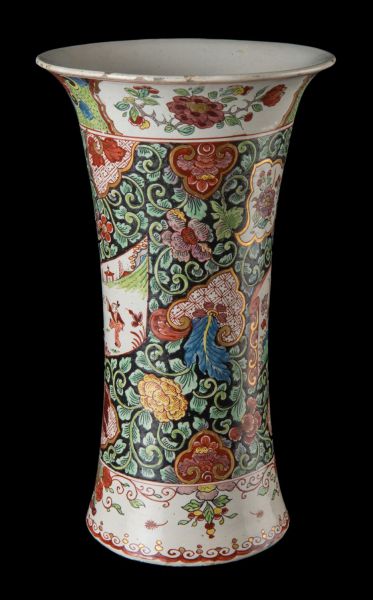 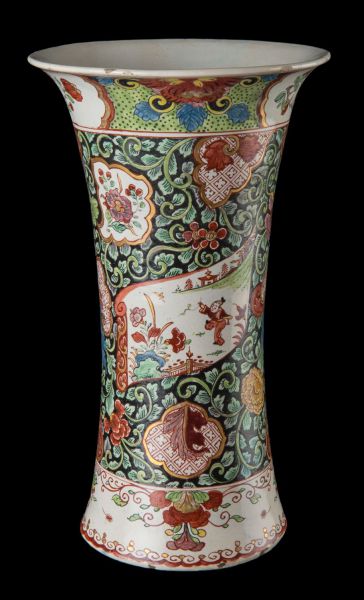 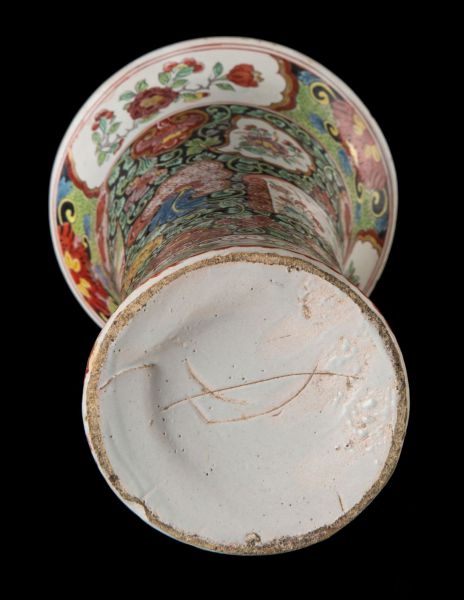 This petit feu garniture consists of a baluster vase with cover and two beaker vases. The cover has a bell-shaped knob. The baluster vase is decorated with three scroll-shaped panels, the beaker vases with two each. All panels show the same depiction of a Chinese child at play in a landscape. On the black ground a decor of palmettes, quatrefoils, irregular shaped cartouches and foliage is applied, partly filled with floral motifs and trellis diaper work. On the shoulder of the baluster vase three reserved cartouches alternate with fields of demi-flowers on a dotted green ground. The cartouches are each filled with a single floral sprig. The same decoration with two cartouches is also painted under the upper rim of the beaker vases. The short neck of the baluster vase is decorated with floral motifs. The white foot of the vases are painted with flowers and foliage above a band of scrolls and dots. The cover is painted in the same way as the vases, the knob is executed in brown-red and blue with gilding.

Similar examples
A baluster-shaped vase with cover with famille rose chinoiserie landscapes within cartouches on a black ground was auctioned in 1993 at Christie’s Amsterdam (lot 409). A five piece garniture with a famille rose chinoiserie decor on a white ground was in the Doodeheefver-Toonen collection (lot 638). Two Chinese porcelain covered jars with floral decorated cartouches on a black ground were in the Van Beusekom-Hamburger collection and are now in the Ariane Museum in Geneva, Switzerland (Schumacher, p. 104). A similar five piece garniture is in the collection of the Princessehof Ceramics Museum in Leeuwarden, The Netherlands (inventory number BP 1999-039).

Explanatory note
Polychrome chinoiserie decoration is derived from Chinese famille rose porcelain, which was immensely popular in the eighteenth century and came on the market from around 1720-30. Garnitures were part of the assortment. The decorations, chinoiserie landscapes and floral motifs, were frequently painted in cartouches, in many cases reserved on a coloured ground, often black. Delftware garnitures with this laborious technique were expensive and therefore rare. The irregular shaped cartouches of this garniture are a precursor of the rococo style, which became very popular in the Dutch Republic between 1740 and 1770.