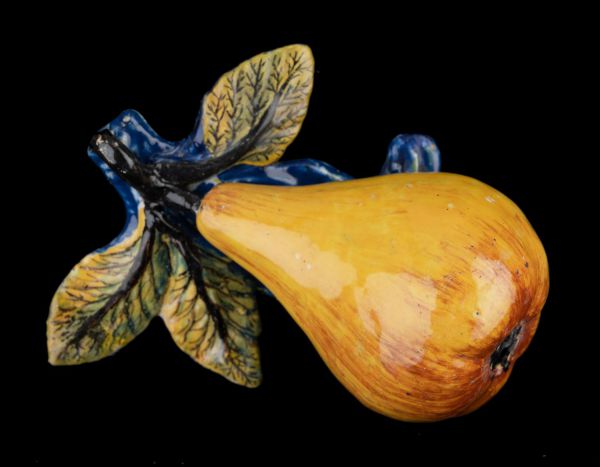 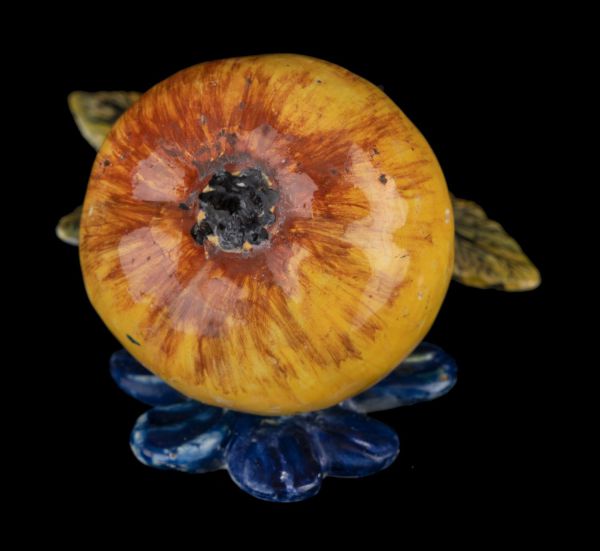 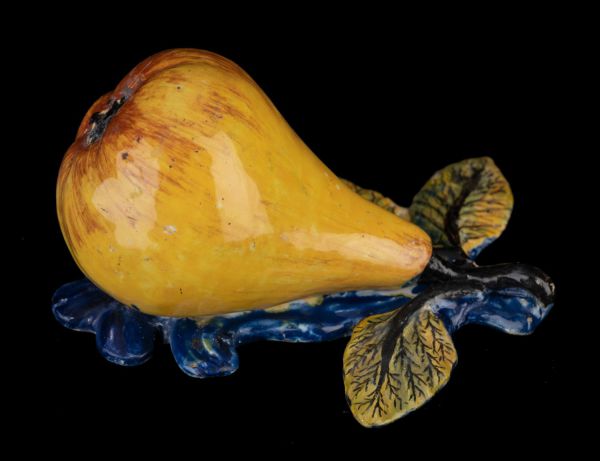 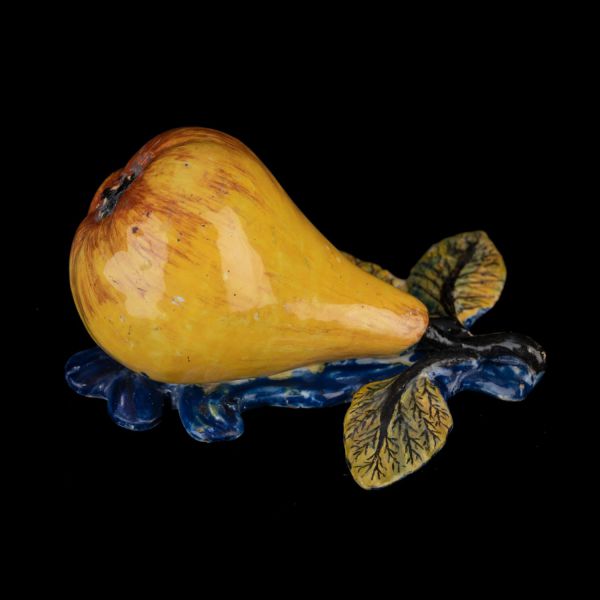 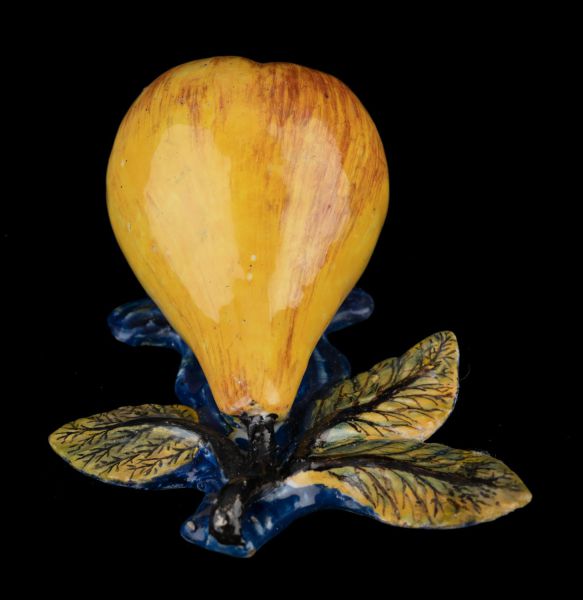 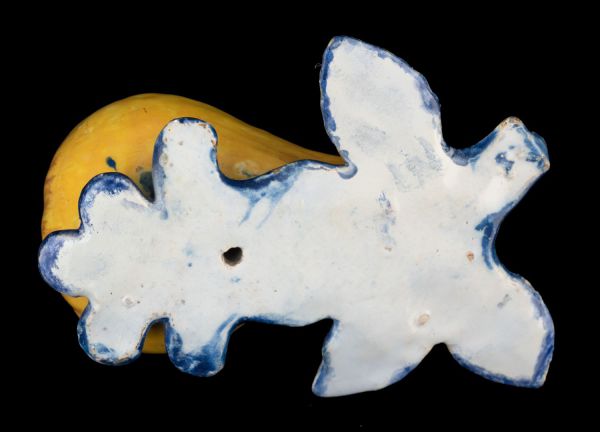 The pear with stem is modelled on a base of leaves and is painted in realistic colours.

Explanatory note
Figurines of fruit were produced on a large scale in Delft in the second half of the eighteenth century. Their origin lies in the Rococo period (1730-1770), when tureens and other faience tableware were made in realistic animal, vegetable and fruit shapes. It is assumed that the figurines were placed as separate ornaments on the richly laid table. It is possible that some of them were hung up to decorate a kitchen. Apart from pears, apples, grapes, plums and chestnuts are also known to have been made in Delftware.