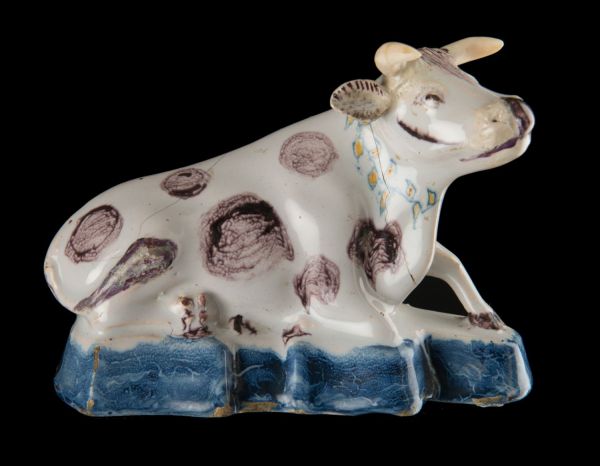 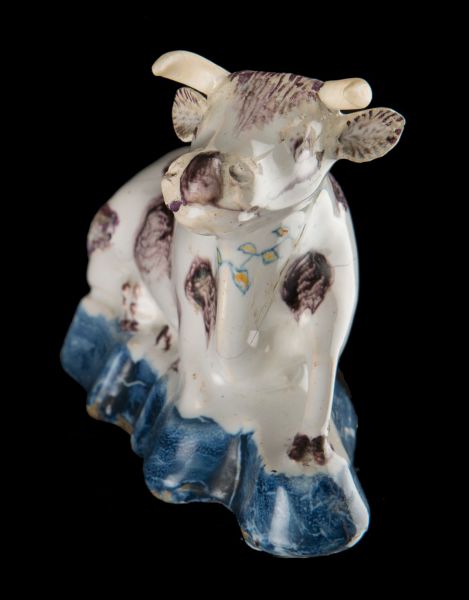 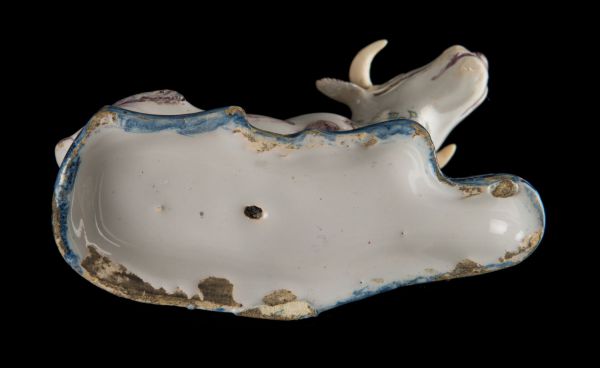 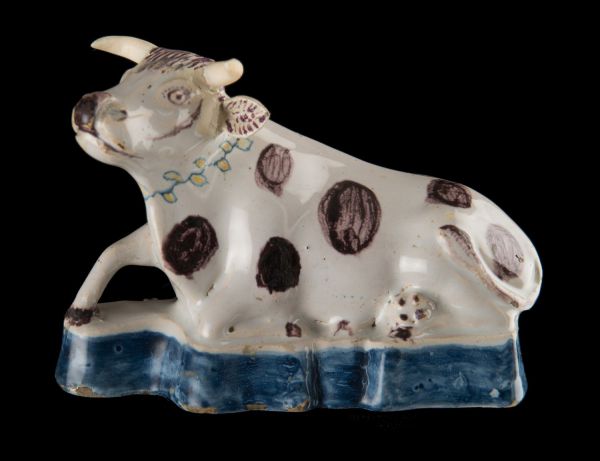 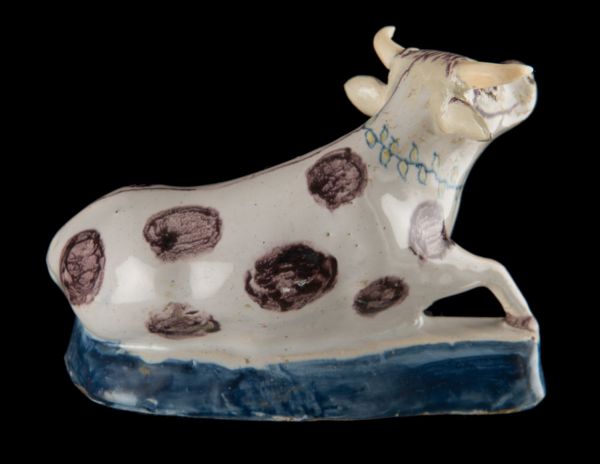 Pair of reclining cows in blue and purple

The modelled cows are placed on a stand and have their heads turned to each other. They are accentuated in purple and have each a simple floral garland in blue and yellow around their necks.

Explanatory note
Together with dogs, horses and parrots, cows are the most frequently modelled animals in eighteenth century Dutch Delftware. They were put on the market between 1740 and 1780 and were produced by nearly every Delftware pottery. Only two types are  known: a reclining cow and a standing cow. The latter could be made as a milking group, together with a farmer and his wife.The two types were executed in a great variety of form, dimension and colour combination. They can be monochrome white, blue and white, or polychrome. Some monochrome white models were cold-painted.  The use of floral wreaths on cows or bulls harks back to a seventeenth century custom. Every year the butchers’ guild held a parade with the prize-winning cows and bulls, which were lavishly adorned with flowers and floral wreaths (Eliëns, p. 236).
Tile factories in Amsterdam also made some figures of cows after Delft models. All of them, however,  are attributed to the Old Prince tile factory in the Anjeliersstraat, based upon the pair signed and dated 1778 by Adam Sijbel. He is known to have worked in this factory until his departure to Makkum in 1784. The cows were made in monochrome white, in one or two colours with simple decoration, but sometimes also in polychrome with abundant floral garlands. A characteristic of many polychrome forms made by tile factories is the lack of the brown-red colour. It was a difficult colour to fire in a kiln with a great risk of failure.