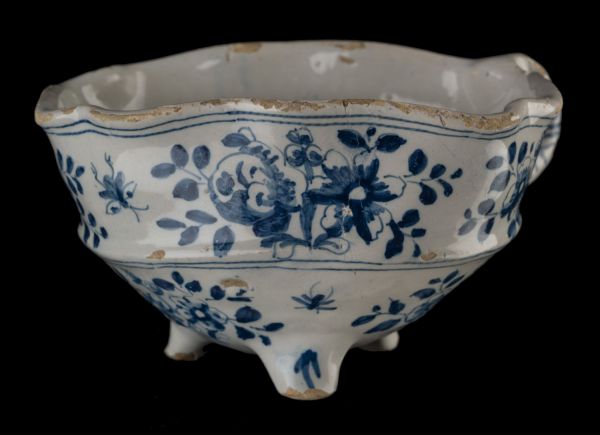 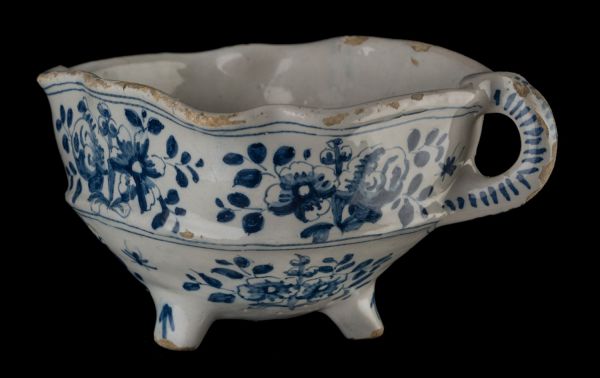 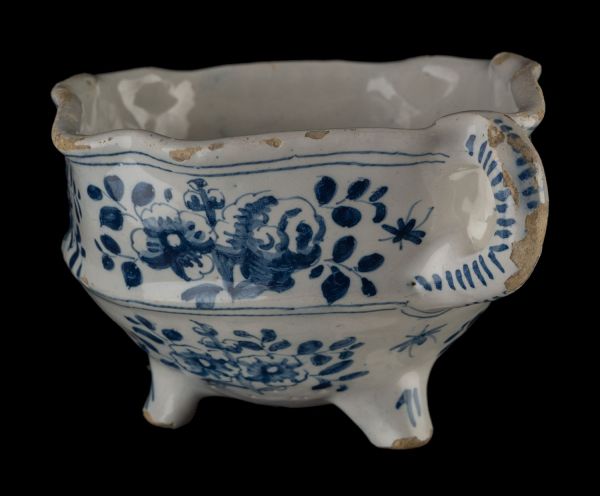 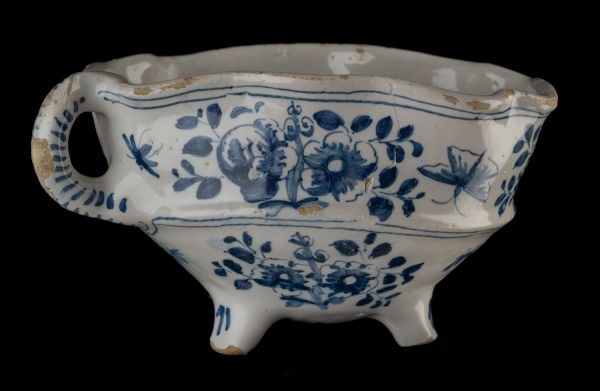 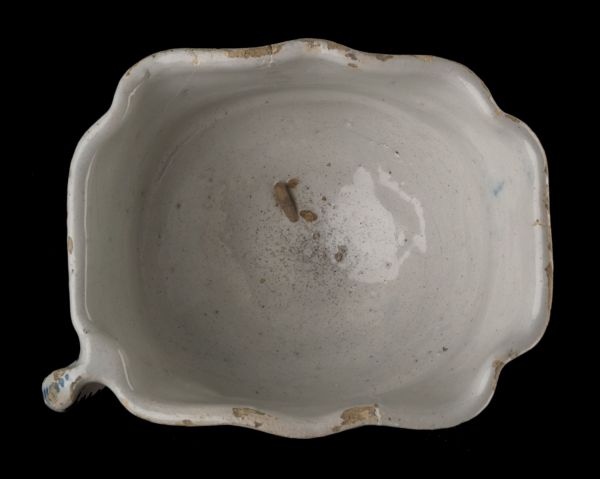 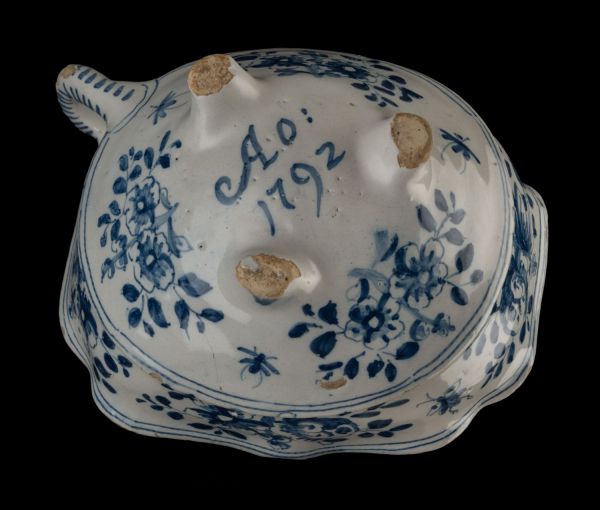 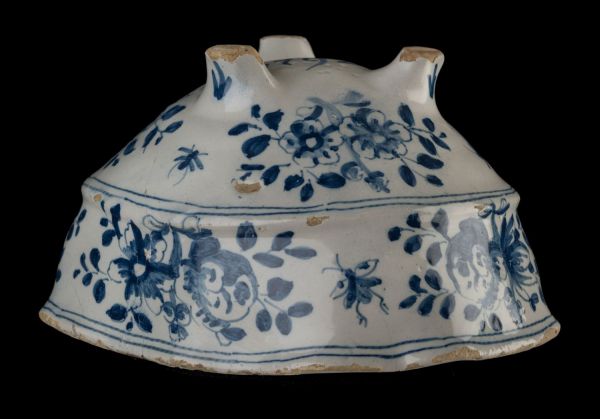 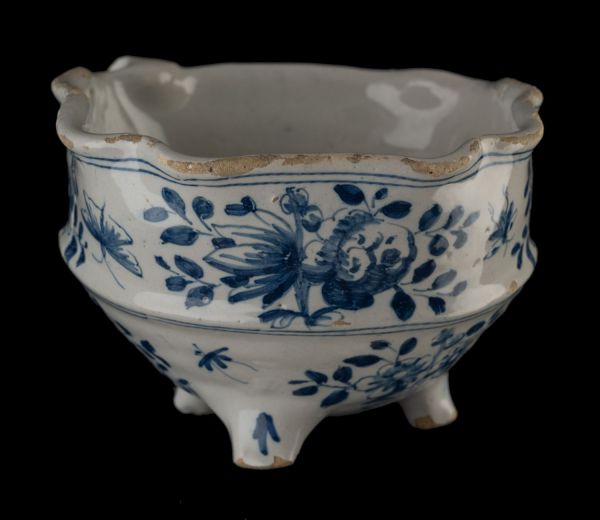 The rectangular brazier has a rounded bottom, a profiled upper rim and stands on three short feet. A handle is attached to one of the corners of the square top, which is painted on each side with four double flowers and insects. Below that, three double flowers and insects are painted on the rounded bottom. The date 'Ao: 1792' is applied between the feet. The handle is decorated with stripes, the feet with arrow-shaped motifs.

Explanatory note
The shape of the brazier is derived from red-fired lead-glazed pottery and was already used at the beginning of the seventeenth century. In faience, the brazier was particularly popular in Friesland and was one of the most commonly produced objects in the Frisian potteries during the eighteenth and nineteenth centuries.
From records of the Tichelaar pottery we know that Gatse Sytses worked there as a painter between 1744 and 1796. From 1763 onwards he was for thirty-three years first painter and foreman of the company. He painted the most important pieces like plates, chargers, plaques and other shapes, tile pictures and biblical tiles with scriptural references. Gatse Sytses never signed his pieces, but his style is so distinctive and therefore very easy to recognise.