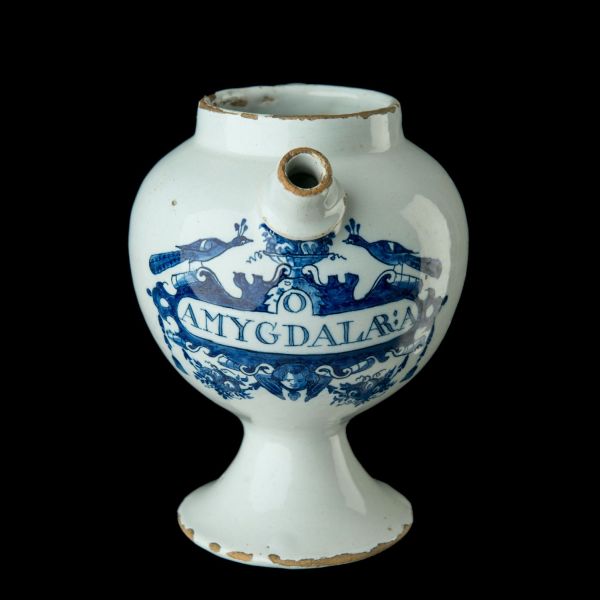 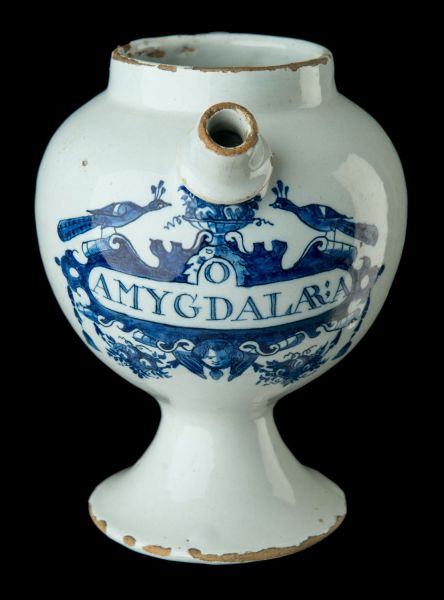 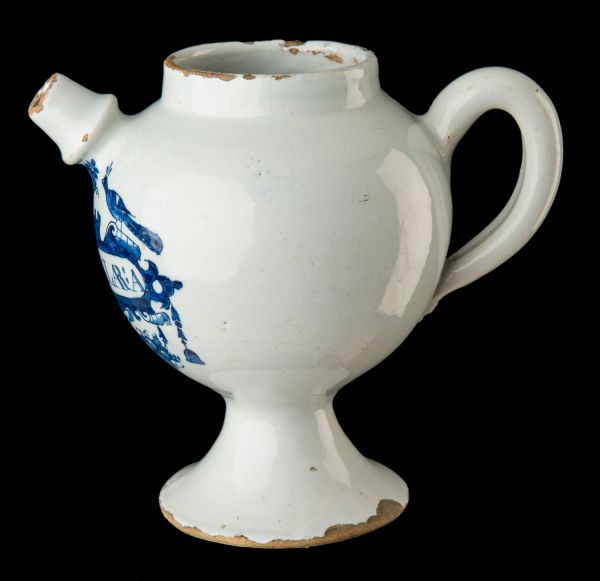 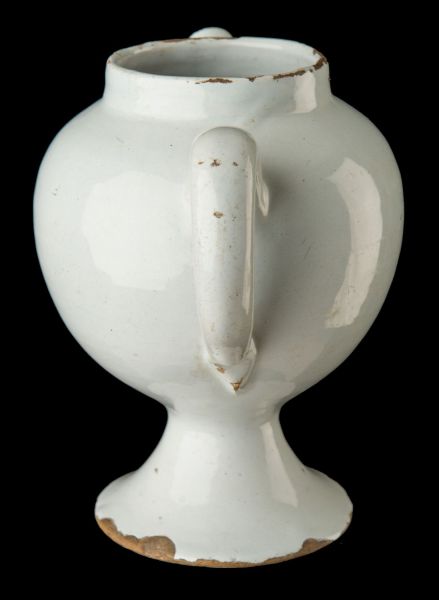 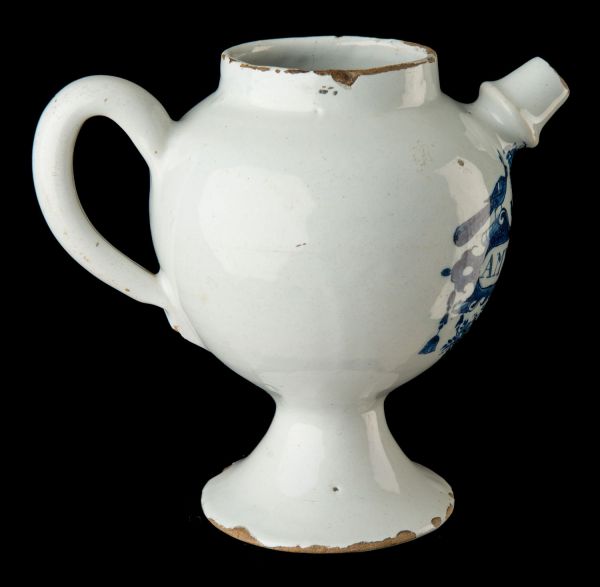 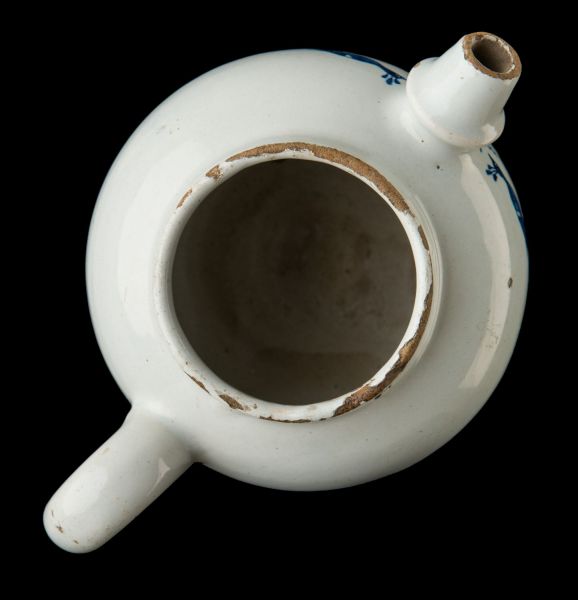 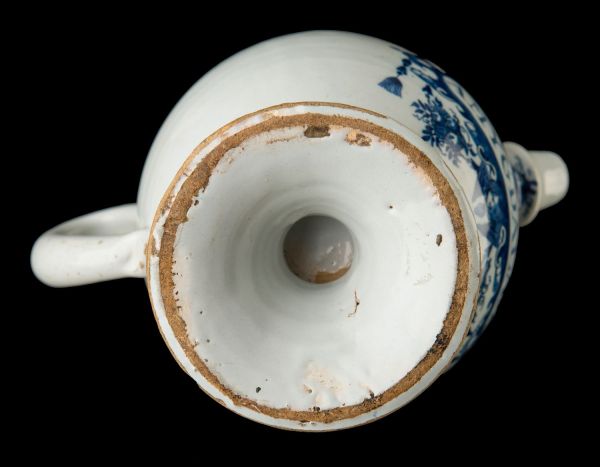 The apothecary jar has a bulbous body with a jutted spout opposite ear-shaped handle over a high-waisted foot. On the front is painted a strap-work cartouche with a basket of fruit, peacocks, tassels, a winged cherub’s head and festoons. The cartouche encloses the words ‘O AMYGDALAR:A’, which stands for oleum amygdalarum amararum, oil of bitter almonds.

Explanatory note
Apothecary or drug jars were specifically made for apothecary shops to preserve herbs, medicinal drinks, pills and powders. Behind the shop counter the drug jars were put up in rows on shelves in a large, open cupboard. Four main types can be distinguished: cylindrical pots, spouted jars, bottles and vases. The content decides which type was to be used. Oils and syrups were stored in spouted jars, like this example. Therefore this type is also referred to as a syrup jar. Between 1650 and 1750 the strap-work cartouche with peacocks was the most important decorative motif on apothecary jars. The cartouche was derived from the renaissance of the sixteenth century. In Asia Minor and Europe the peacock had mythical and medical connotations. An example of this is the assumption in antiquity that the meat of the bird could not decay. For this reason the peacock was regarded as a suitable decorative motif.