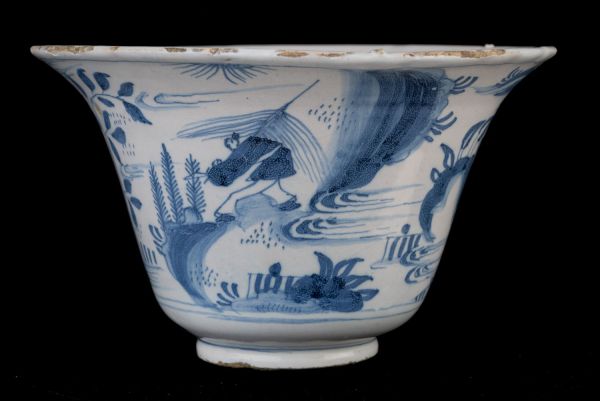 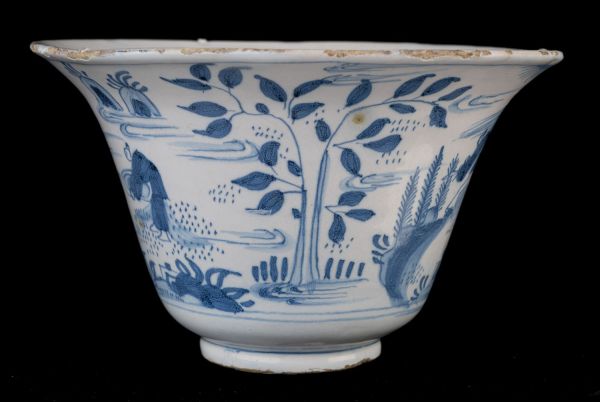 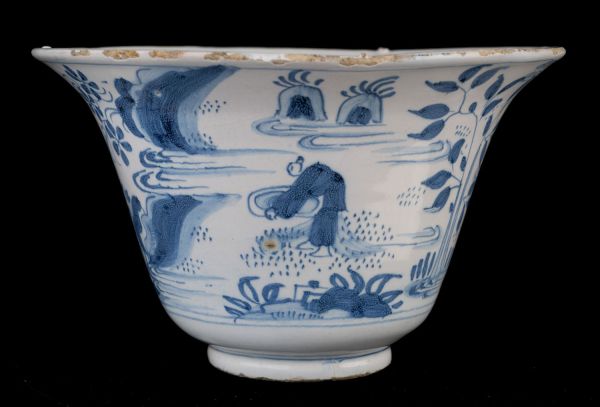 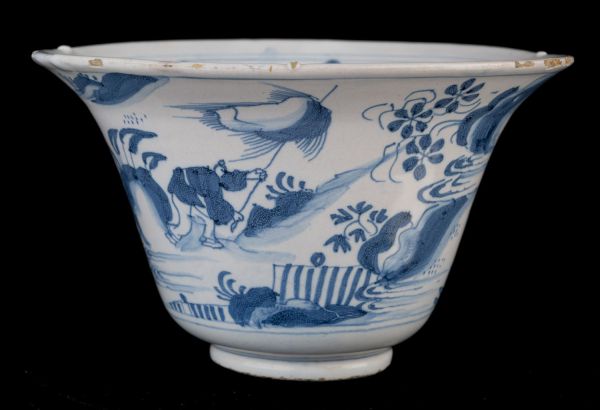 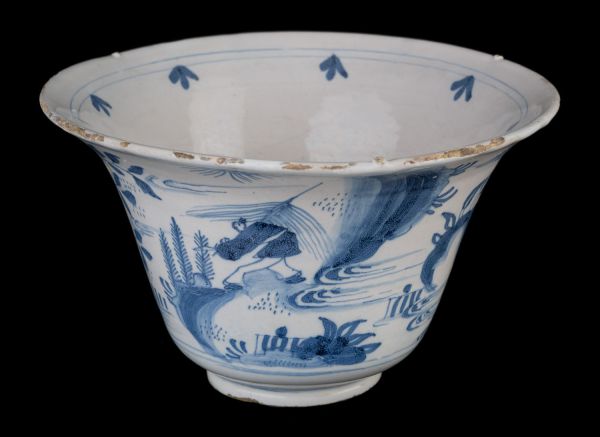 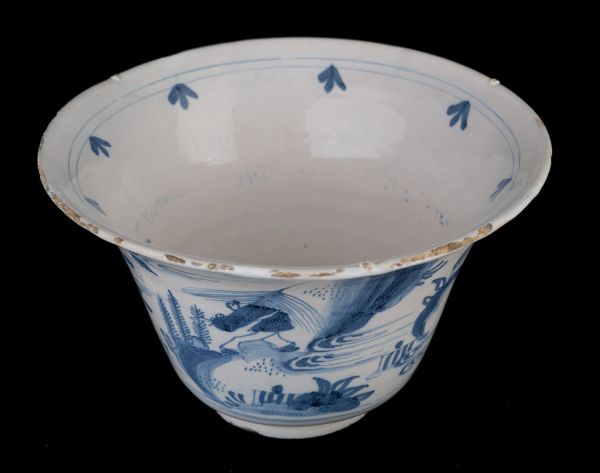 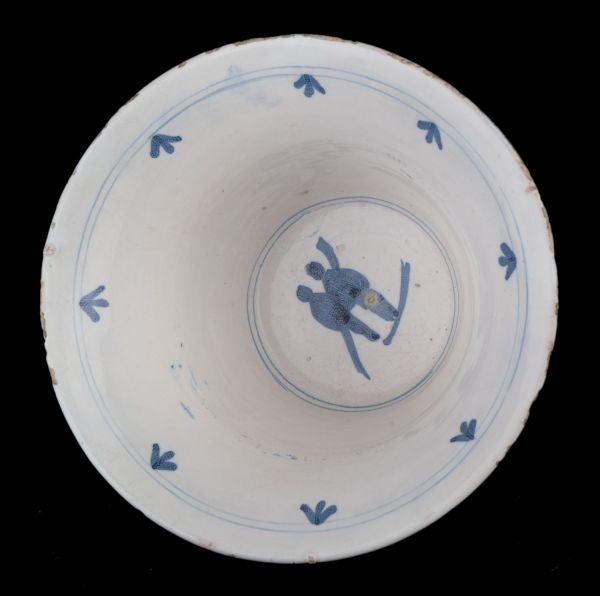 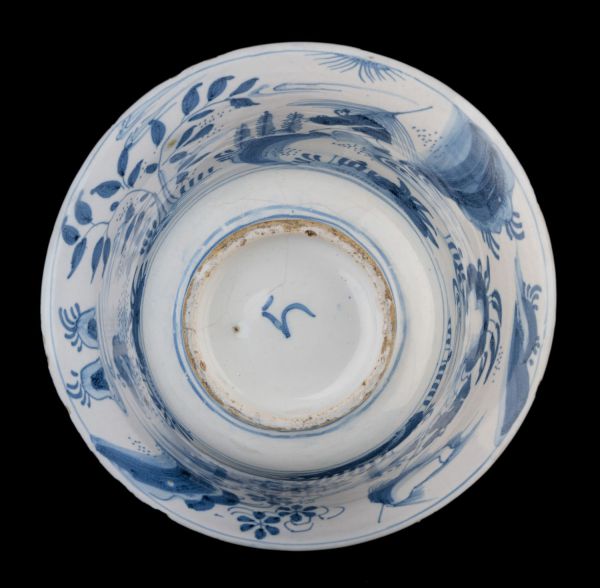 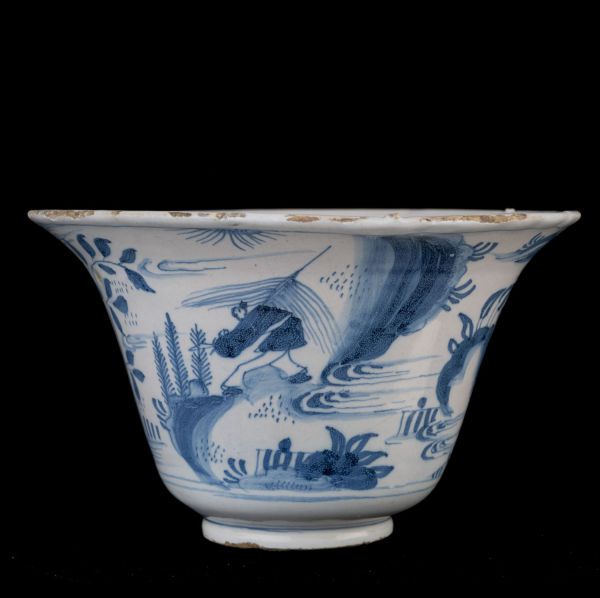 The blue and white bowl stands on a foot, has a high, strongly cantilevered wall and is painted all round with three Chinese men with a banner and other attributes in a chinoiserie landscape. On the inside of the bowl, along the upper rim, a double circle with arrow-shaped figures is applied, and at  the bottom are two stylised human figures. Inside the foot rim the number 5 is painted.

Similar examples
A 1671 dated bowl with a protruding rim is in the collection of the Princessehof Ceramics Museum in Leeuwarden, The Netherlands (OKS 1976-159).

Explanatory note
Bowls with chinoiserie decorations were frequently made between circa 1660 and 1680, with a concentration in the 1660s. This can be concluded from a group of dated bowls and excavated bowl fragments. Several forms are known, including bowls with a cantilevered rim. The decoration is inspired by Chinese porcelain from the transitional period at the end of the Ming and the start of the Qing dynasty. The porcelain of the last Ming emperor Chongzhen (reigned 1628-1644), the first Qing emperor Shunzi (reigned 1644-1662) and the initial period until 1674 of his successor Kangxi (reigned 1662-1722) may have served as examples for this bowl. The transition period in China lasted more than 60 years (1620-1683) and was accompanied by much unrest, conflict and war. The Ming dynasty finally fell in 1644, but it took decades before peace returned to China. For example, the porcelain kilns in Jingdezhen, the main porcelain city in China, were destroyed in 1674.