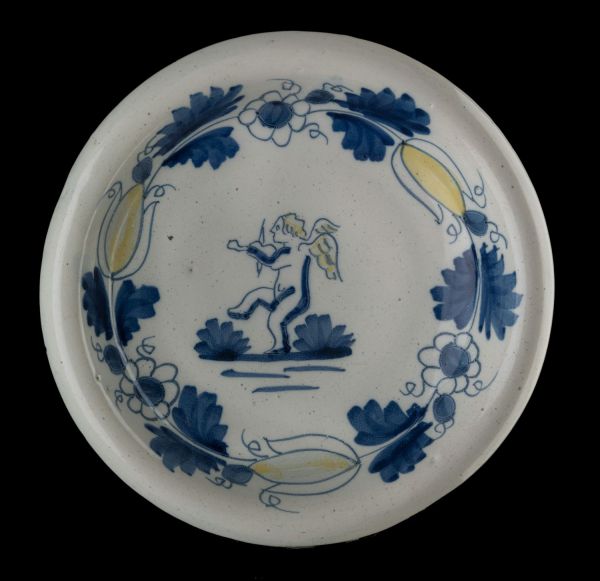 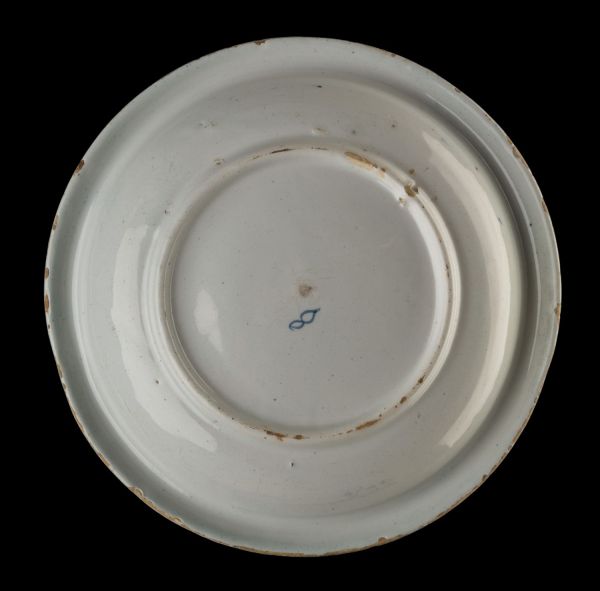 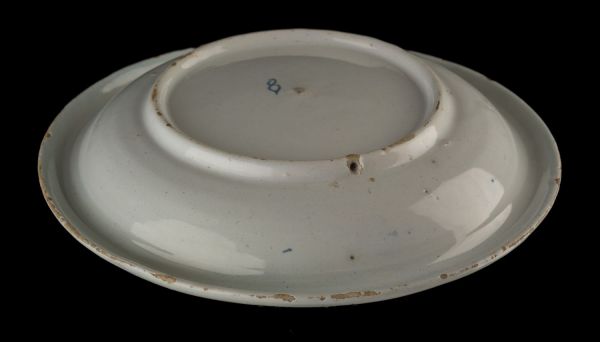 Blue and yellow bowl with putto

The wide and flat bowl has a turned rim and is painted in blue with yellow accents. A dancing and violin-playing putto is depicted in the centre, set in a circular border decoration of tulips, flowers and leaves. The numeral eight is applied on the back.

Similar examples
A similar, smaller bowl with a horseman in a tulip border decoration is in the art trade on internet (see photo). It is an archaeological find from The Netherlands. A slightly different shaped bowl with the image of Queen Mary in a tulip border in purple, green and yellow is depicted in Van Geenen (p. 196, nr. 1813).

Explanatory note
This type of bowl is well known in The Netherlands, both in majolica and faience, and was made in several places during much of the seventeenth century. The bowls are white or painted in blue or in more colours with different decors such as ornaments, oriental landscapes, flowers and flower vases. The border decoration on this bowl often features on lobed dishes with the images of William III and his spouse Mary Stuart II. These lobed dishes were made on a large scale around 1690 following the Glorious Revolution in November 1688 and the coronation of William III as King of Great Britain in 1689. Due to the corresponding tulip border on this bowl, we can also date it around 1690. The application of the tulip border decor on shapes other than lobed dishes is rare.