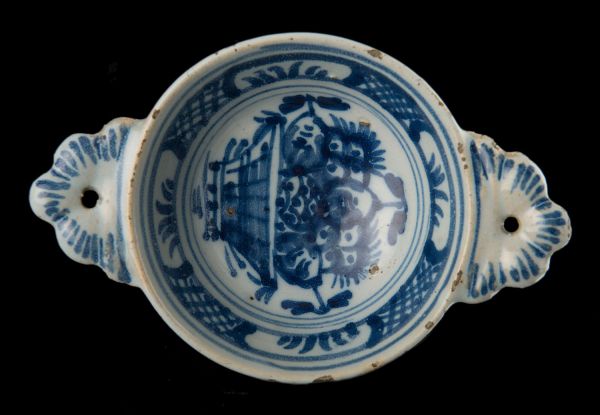 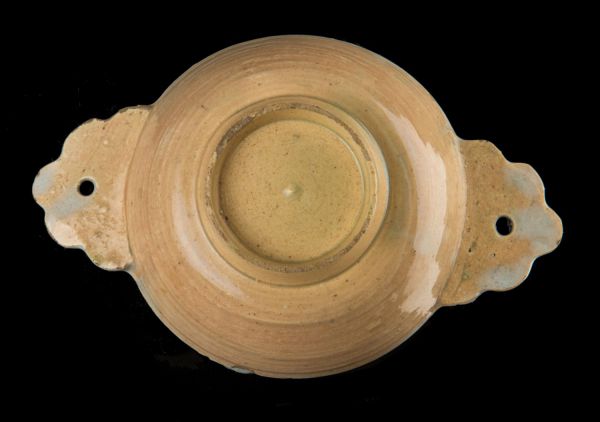 Blue and white porringer on foot with two horizontal lobed and pierced handles. The centre is painted with a fruit basket and three leafy sprigs. A band of four cartouches alternated with trellis-diaper between double lines is applied on the inner border. The handles are painted with a dash motif.

Similar examples
A similar porringer was excavated in Amsterdam and is attributed to Haarlem (Gawronski, p. 241, nr. 746). Two other porringers painted with a fruit basket are part of the collection of the Dutch Open Air Museum in Arnhem (Klijn, p. 57, nrs. 1.b.6 and 1.b.7).

Explanatory note
Porringers are made both in faience and in majolica, like this example, and were mainly manufactured in the seventeenth century by many potteries. This relatively small example was perhaps meant to be used by small children or as a toy.